These pictures show the inside of a top secret nuclear bunker that has remained hidden – for more than 40 years. The site, built during the height of the Cold War, has been buried beneath a Grade II-listed building since it was built in the mid 1970s. But it has now opened its doors to […] 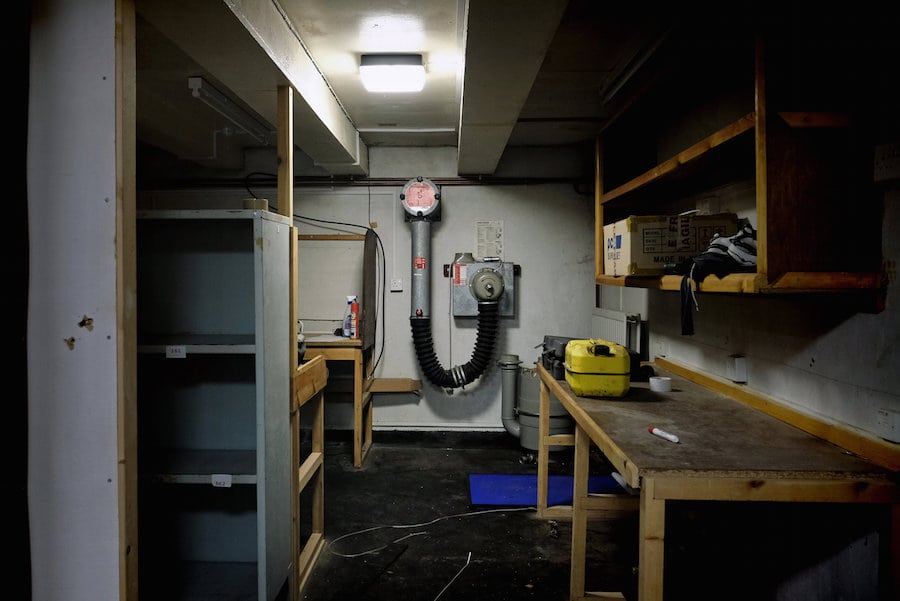 These pictures show the inside of a top secret nuclear bunker that has remained hidden – for more than 40 years.

The site, built during the height of the Cold War, has been buried beneath a Grade II-listed building since it was built in the mid 1970s.

But it has now opened its doors to the public for the first time before it is handed over to developers as part of a major housing development.

Photographer Greg Martin was allowed special access to the council site in the basement of York House, in Penzance, Cornwall, after all sensitive files and materials were removed.

The reinforced bunker was built when the government gave grants to local councils to create “Sub-Regional Seat of Government” to be used in the event of a nuclear attack.”

Greg said he was led through dozens of empty offices and hallways – some still strewn with paperwork, some now inhabited by pigeons – to get to the inside entrance for the bunker.

The first 20cm thick steel door then leads into what was probably once a small decontamination room.

Now, it just has a few cardboard boxes and cabinets, leftover from the bunker’s time as a storage space for council archives.

Another one tonne steel door opposite leads into a cruder, basement room, where a generator takes pride of place.

The main room inside the bunker, which would have once contained bunk beds, communication equipment and enough supplies of food and water to keep a handful of occupants comfortable for two weeks, now stands largely empty apart from a few shelving units.

The only original feature that remained from the day the bunker was installed is the Swiss air filtration system and a set of instructions from Tom Butler Nuclear Protection for ‘Wartime Operation Only’.

Greg said: “Standing in the Cold War bunker, it is hard to imagine how it looked when it was first installed into the basement.

“However, in keeping with the era it was built in, it is even harder to find anyone who knows about it, or will talk about it.

“The only official acknowledgement I can find of the nuclear bunker at York House is in Cornwall Council’s Historic Buildings, Sites and Monuments Records (HBSMR), which lists it as a modern military site.”

Cornwall Council said most of York House will be converted into eight apartments, but there are no plans to develop the nuclear bunker, so it is expected to stay as it is.