These extraordinary pictures capture the stunning Milky Way lighting up the night sky above the British countryside. Stargazing photographer Andrew Fusek-Peters, 51, was able to snap the stunning sight from the top of Titterstone Clee Hill, in Ludlow, Shrops. In the foreground of the images is a radar dome, which forms part of the National […] 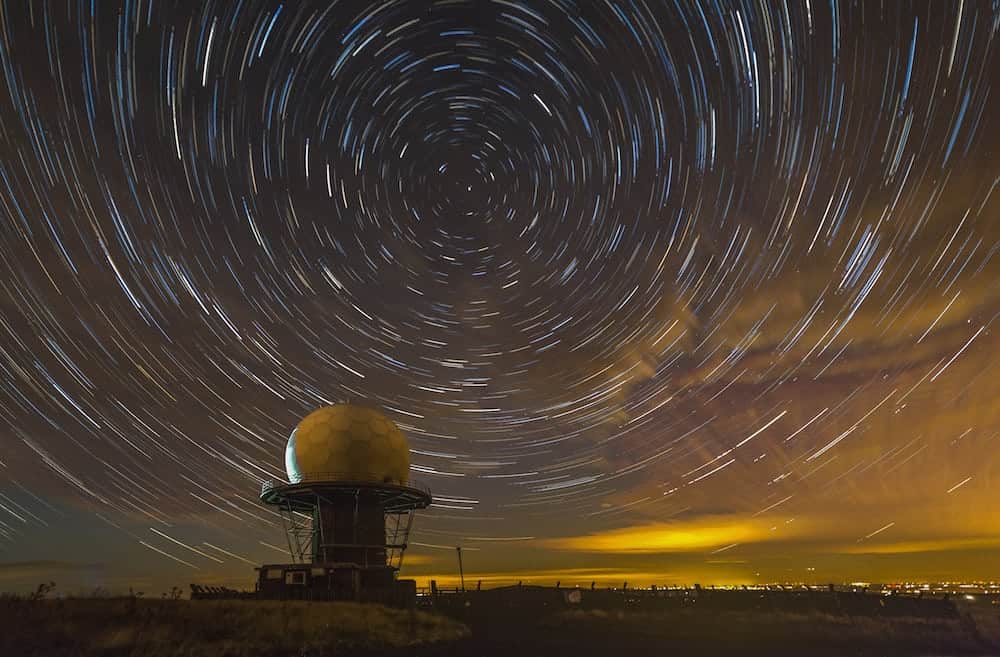 These extraordinary pictures capture the stunning Milky Way lighting up the night sky above the British countryside.

Stargazing photographer Andrew Fusek-Peters, 51, was able to snap the stunning sight from the top of Titterstone Clee Hill, in Ludlow, Shrops.

In the foreground of the images is a radar dome, which forms part of the National Air Traffic Services radar network, which monitors all aircraft within a 100-mile radius.

Andrew, who has been a freelance photographer for four years, arrived on the summit at around 11pm on Monday (31/7).

He spent nearly three hours waiting for the perfect moment to capture the countryside bathed in stars.

Andrew, of Ledbury North, Shrops., said: “These are easily some of the best photographs that I have ever taken.

“The top of Titterstone Clee has always been somewhere that I’ve earmarked as an ideal spot for capturing the Milky Way.

“It is bizarre that no-one has taken Milky Way photos from that spot before, because it really is jaw-dropping.

“You get a panoramic view of the stars, and the dome serves as a stunning foreground.

“The photos themselves are tough to get, and it does require a lot of skill.

“That particular night was challenging, because there was intense wind, and at some points there were cloudy conditions.

“As a photographer, it’s a question of waiting for that perfect moment.

“Myself and the other photographers that were up there had to be very patient, and were fearful that the weather conditions would prevent us from getting what we wanted.

“Sometimes you can get light pollution when taking these sorts of pictures, but one of the main benefits of this spot is that the risk of that is fairly limited.

“Thankfully, the weather gods were also very kind to us.

“I had a lot of time to prepare, and was able to set myself up to get the best possible view of the stars.

“One of the pictures shows a swirling cascade of stars, and that was by far the toughest photo.

“It’s actually 120 separate photos taken over the space of an hour, which are all merged together into one shot.

“The end result is something I am very proud of.

“You do see stunning pictures from America and other parts of the world, but there’s something unique about the English countryside.

“Hopefully I’ve been able to capture it in it’s full majesty.”