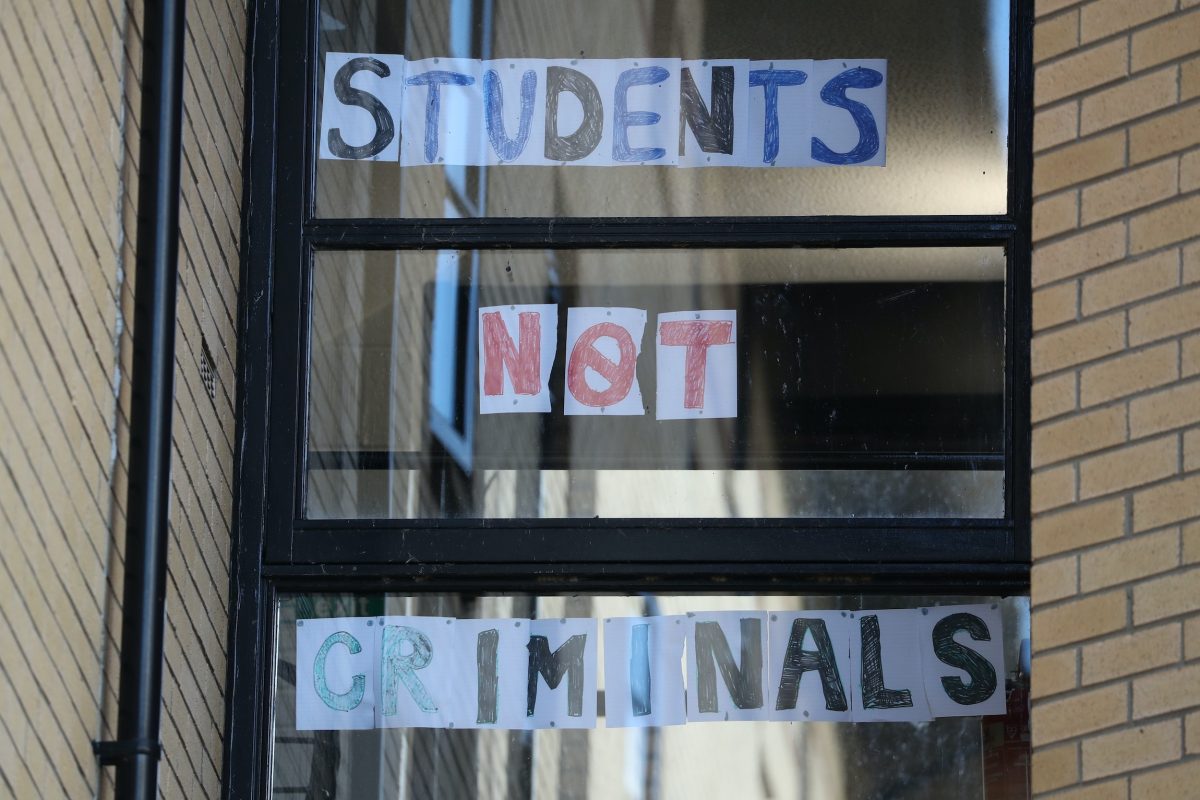 A sign at Murano Street Student Village in Glasgow, where Glasgow University students are being tested at a pop up test centre (Andrew Milligan/PA)

The nation has reached a “perilous moment” in the coronavirus pandemic, the Health Secretary has warned over 1,600 students on Tyneside tested positive.

Matt Hancock said he was “very worried” about local spikes in cases.

His comments come as the UK has recorded 17,540 more coronavirus cases. This a new daily record (excluding the Sunday figure inflated by the addition of cases that went missing) and an increase of more than 3,000 – or around 25% – on yesterday’s total (14,162). These figures are far higher than any recorded positive case figures at the peak of the epidemic in the spring.

However, this does not mean that overall case numbers are comparable, because much more testing is taking place now than when Covid first reached the UK.

The number of coronavirus patients in intensive care in the north of England will surpass the April peak if infections continue rising at the current rate, MPs have been warned in a briefing chaired by Chris Whitty.

Hancock told health leaders that the situation was becoming “very serious” as hospital admissions were rising in some parts of the country.

Mr Hancock said that the Government strategy was simple, to “suppress the virus – supporting the economy, education and the NHS – until a vaccine can make us safe”.

But he also said things may have been done differently during the first wave of the pandemic had more been known about asymptomatic transmission of the virus when people have the virus but are not showing symptoms.

The comments come as Public Health England (PHE) warned that it was “very concerned” about a rise in cases and hospital admissions.

New figures show that there were 3,044 Covid-19 patients in hospital in England as of Thursday, up from 1,995 a week ago, while 368 Covid-19 hospital patients were in ventilation beds, up from 285 a week ago.

In his conference speech to health leaders Mr Hancock said: “We are at a perilous moment in the course of this pandemic.

“I am very worried about the growth in the number of cases, especially in the North West and the North East of England, parts of Wales, Scotland and Northern Ireland and parts of Yorkshire.

“In parts of the country the situation is again becoming very serious.

“Hospitalisations in the North West are doubling approximately every fortnight.

“They have risen by 57% in just the last week alone.

“Unfortunately we’re seeing hospitalisations in the over-60s rising sharply and the number of deaths from coronavirus also rising.”

He added: “We know from bitter experience that the more coronavirus spreads, the harder it is to do all the other vital work of the NHS too.”

“The message to the public must be that we all have a part to play to control this virus.

“Our strategy is simple, suppress the virus, supporting the economy, education and the NHS until a vaccine can make us safe.”

He added: “We would do things differently had we known about asymptomatic transmission, that does lead to a whole series of different policy consequences.”

Mr Hancock said that the goal to reach 500,000 tests a day would be reached by the end of the month.

Meanwhile he praised NHS staff as the “linchpin” of the national effort.

“My message to everyone in the NHS is that we can and we will get through this.

“Sadly, there will be more difficult times ahead but we will get through this together.”

He added: “During the greatest public health crisis in a generation you have been the linchpin of our national effort.”

Northumbria University said by Saturday evening more than 1,800 students will have been supported with access to online concierge services or food parcels delivered by our staff and the Students’ Union.

The latest figures came after both universities announced they would be switching to online teaching for a minimum of three weeks, unless in-person lessons were an essential part of the course.

More than 60 universities have confirmed cases of Covid-19 as thousands of students return to campus, a survey from the PA media news agency suggests.

A further 12 Newcastle University staff members from its 6,500 employees have had a positive result in the same period.

A spokeswoman said “the overwhelming majority of cases” were from “social and residential settings”.

She added: “We expected to see cases rise in light of the increase in cases both locally and nationally and all HE institutions have to manage this on an ongoing basis.

“We feel confident that we have appropriate measures in place to protect us all while we are on campus and to reduce the potential for transmission in our community.”

One lecturer who asked not to be named said: “I feel heartily sorry for the students.

“I suspect not all but many are getting nothing, and probably less, out of their uni experience than they would in the relative safety of their homes.

“After all, who could have predicted that bringing thousands of people together from all over the country, and other countries, in confined spaces would not risk an explosion in infections?

“It was sheer lunacy and a lot of staff are angry about it, and not just because of how it affects them.”

UCU regional official Iain Owens said: “The huge rise in the number of students with Covid makes the efforts by universities minister Michelle Donelan to downplay the seriousness of the outbreak even more staggering.

Related: Dido Harding ‘must consider her positions’ as test and trace hits lowest ever level