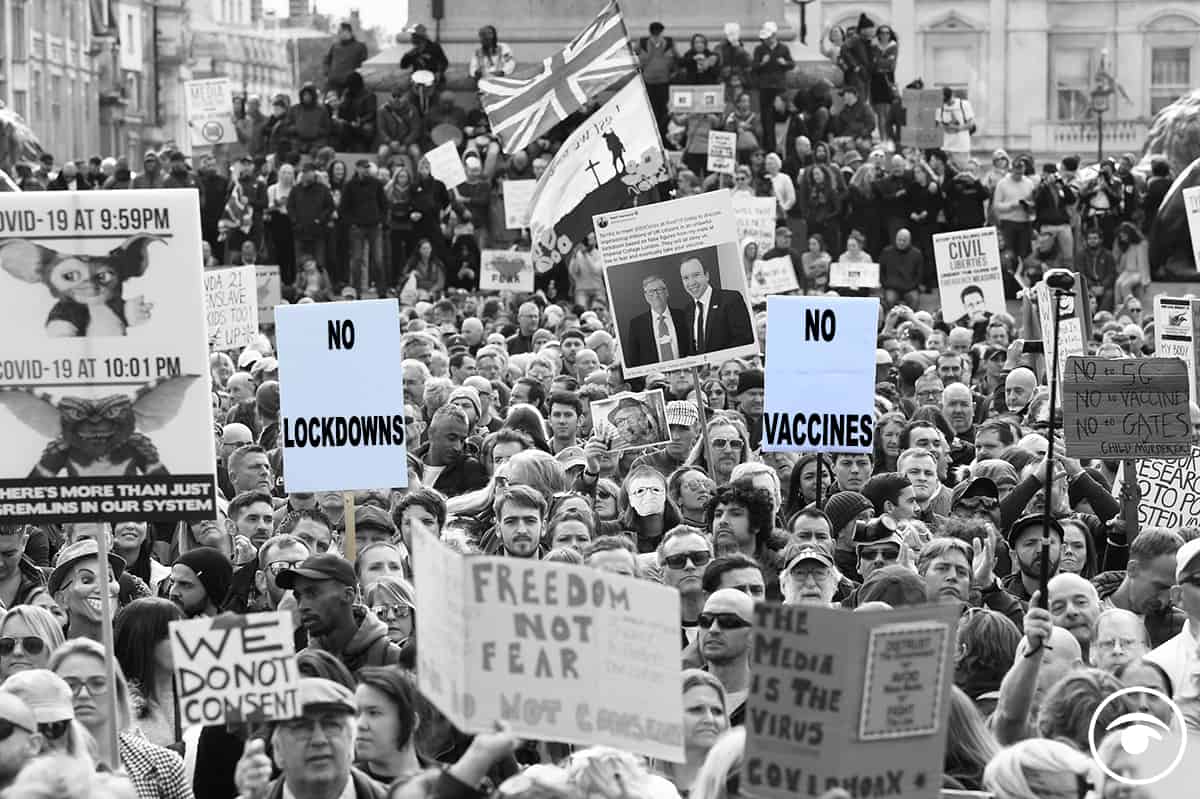 Piers Morgan was quick to point out an obvious flaw in the anti-lockdown movement today after positive news on the vaccine front was announced.

The GMB presenter noted that the anti-lockdown louts are also usually anti-vaxxers, even though mass vaccination is the quickest route out of strict restrictions.

According to new research coronavirus infections fell by almost a third in England during the second national lockdown.

There was a 30 per cent drop in cases across the country over almost a fortnight this month, the latest interim findings from Imperial College London’s React study showed.

Regionally, the research suggests infections fell by more than half in the North West and North East, and were also down in Yorkshire and the Humber.

Yet that didn’t stop anti-lockdown protesters this weekend after more than 150 people were arrested in central London on Saturday.

The Metropolitan Police said 155 arrests were made for offences including breaching coronavirus regulations, assaulting a police officer and possession of drugs.

In often chaotic scenes, hundreds of demonstrators, including a man dressed as Santa Claus, descended on the city centre on Saturday afternoon, chanting “freedom” and causing traffic disruption.

Activists marched from Hyde Park to Oxford Circus and Regent Street, clashing with helmeted police who arrived in several vans and ran to respond to the crowds.

Some brandished signs reading “All I want for Christmas is my freedom back”, “Ditch the face masks” and “Stop controlling us”.

Related: “Finally light at the end of the tunnel” – reaction as Covid vaccine is approved