After a tentative agreement was finally achieved in the first phase of Brexit negotiations, Theresa May was not expecting a major defeat on her Brexit plans in the House of Commons. Eleven Conservative rebels voted with the opposition for Amendment 7 – an amendment by former Conservative Attorney General Dominic Grieve to ensure that parliament […] 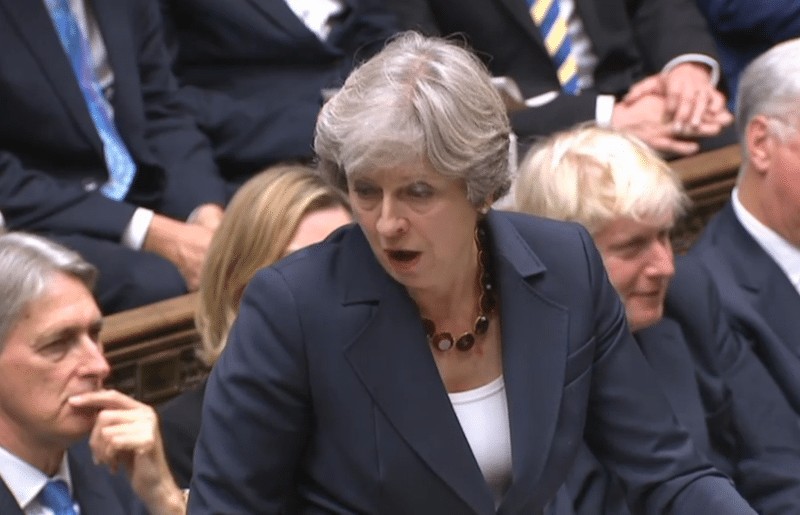 After a tentative agreement was finally achieved in the first phase of Brexit negotiations, Theresa May was not expecting a major defeat on her Brexit plans in the House of Commons.

Eleven Conservative rebels voted with the opposition for Amendment 7 – an amendment by former Conservative Attorney General Dominic Grieve to ensure that parliament has a meaningful vote on the Brexit Deal negotiated by the Government.

Tumultuous cheers broke out across the house of Commons as the shock result became apparent. Theresa May had lost her first Commons vote on Brexit by 309 votes to 305, a humiliating defeat the day before she flies to meet European leaders in Brussels for more talks.

This is the moment an opposition teller took his place on the outside of the dispatch box, signalling the government had lost pic.twitter.com/FFJP1SdFir

“This defeat is a humiliating loss of authority for the Government on the eve of the European Council meeting, said Jeremy Corbyn.

The Leader of the Opposition added: “Labour has made the case since the referendum for a meaningful vote in Parliament on the terms of Britain’s withdrawal from the European Union.

“Theresa May has resisted democratic accountability. Her refusal to listen means she will now have to accept Parliament taking back control.”

There were reports that the Labour Party leader had personally contacted Leave-voting Labour MPs such as Dennis Skinner, John Mann, Grahame Morris and Ronnie Campbell who were persuaded to vote for the amendment as this was a vote about parliamentary sovereignty, not Brexit itself.

But for Theresa May, who tried to persuade Tory rebels not to vote against her government with a last minute plea to insert such an amendment this was an embarrassing defeat.

MPs now have the legal guarantee of a vote on final deal rather than verbal assurances from Brexit Secretary David Davis – whose pronouncements have a habit of contradicting themselves. The vote will be statutory – so amendments can be tabled.

Beaconsfield MP Dominic Grieve had warned the House of Commons that without an amendment promising Parliament a meaningful vote, the EU Withdrawal bill was “a form of constitutional chaos”.

While Labour’s rebels who voted against the amendment were Kate Hoey (Vauxhall) and Frank Field (Birkenhead).

Nadine Dorries, Conservative MP for Mid-Bedfordshire called for her rebellious colleagues to be deselected:

Tonight, the Tory rebels have put a spring in Labours step, given them a taste of winning, guaranteed the party a weekend of bad press, undermined the PM and devalued her impact in Brussels. They should be deselected and never allowed to stand as a Tory MP, ever again.

The Daily Mail reacted as you would imagine:

RT if you're proud of them. I am. pic.twitter.com/8s09VXsqNS

Parliament has taken back control. The final Brexit deal will have to be approved by Parliament. Hats off to the Tory rebels who held firm and stuck to their principles. #EUWithdrawalBill #Amendment7

And he had this to say about Nigel Farage’s response:

My contempt for career politicians knows no bounds.

1. You've been an Member of the European Parliament since the 20th century and ran for Parliament 7 times
2. You said take back control and this is what it looks like. Parliament demanding a vote before the final deal because Parliament is sovereign#Amendment7 #EUWithdrawalBill https://t.co/UOG0ekh7T5