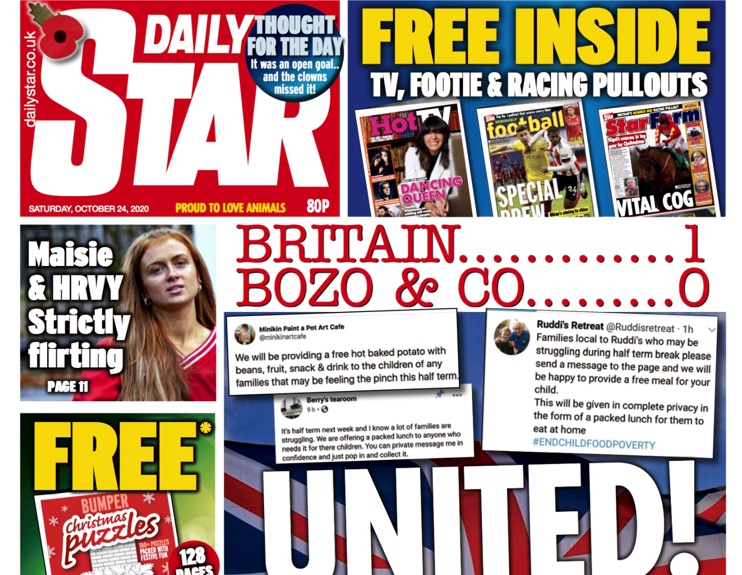 The provision of free meals to children during the school holidays dominated the headlines this weekend, with many surmising that the government has scored a massive own goal as Brits step in to “feed the kids”.

The Guardian leads with “scores” of councils pledging to feed disadvantaged children, with the paper reporting anger against the government’s refusal to extend free school meals is growing.

The i talks about the “kindness of strangers” with the paper reporting on the “extraordinary” response to a campaign led by Manchester United footballer Marcus Rashford.

While the Independent reports that Rashford is continuing to exert pressure on the Prime Minister, while the Daily Mirror writes the public has “shamed Tory MPs”.

And the Daily Star mocks up a scoreboard with “Britain 1 Bozo & Co 0”.