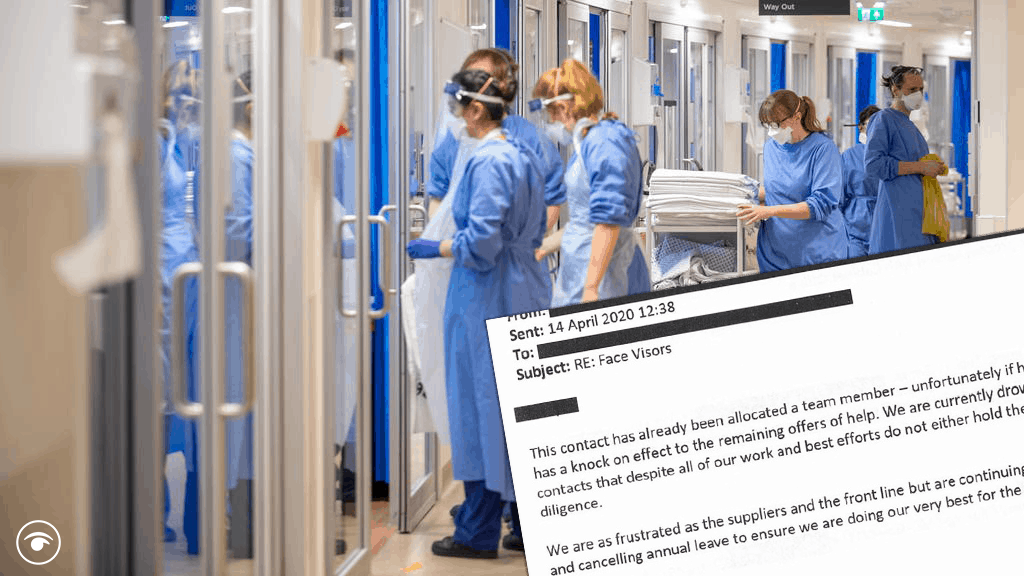 Barrister Jo Maugham has shared an explosive letter from a civil servant who claimed to be “drowning” in VIP requests during the height of the pandemic.

The Good Law Project director posted a note from the Whitehall staffer sent under the subject matter ‘Face Visors’ which read:

“We are currently drowning in VIP requests and ‘High Priority’ contacts that despite all our work and best efforts do not either hold the correct certification or do not pass due diligence.

“We are as frustrated as the suppliers and the front line but are continuing to work long hours, weekends, Bank Holidays and cancelling annual leave to ensure we are doing our very best for the NHS”:

For ordinary people the pandemic was a tragedy. But for well-connected "VIPs" it was the chance of a lifetime; there were fortunes to be made. What this civil servant is saying is that it was more of a tragedy because so many VIPs were pushing for contracts. pic.twitter.com/KOGjRXwhvc

The heartbreaking email was shared as the Good Law Project launched legal action against the government after uncovering a £102.6 million award to a Tory donor and ex No 10 adviser.

The organisation said they found the deal was made without competition.

The multi-million pound deal to supply face masks was made in July 2020 with Pharmaceuticals Direct Limited.

The Government failed to publish any details relating to the contract until March this year.

It was only after Good Law Project’s lawyers wrote to government about Pharmaceuticals Direct that this profitable contract was disclosed, long after Boris Johnson claimed all contract details were on the record.