"What the PM and MPs have done today will undermine not just trust in government and trust in democracy it undermines the integrity of our political system... how are we allowing this to happen?" 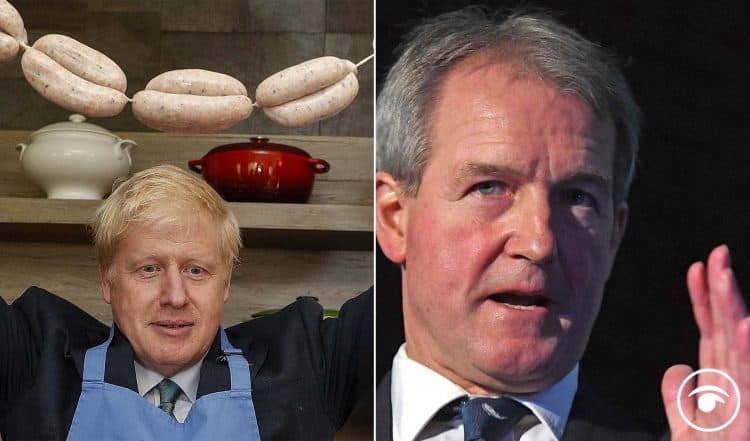 Ministers have been accused of trying to “bully” the standards commissioner out of her job as anger grew at the Tories for protecting a senior Conservative from an immediate suspension.

This morning business secretary Kwasi Kwarteng faced outrage for suggesting Kathryn Stone should resign in the wake of her damning investigation into former minister Owen Paterson.

Boris Johnson’s Government has been accused of “corruption” after he ordered his MPs not to back the cross-party Standards Committee’s call for Mr Paterson to be suspended from Parliament for 30 sitting days.

Instead, they voted for a Tory-led panel to consider reforming the disciplinary process after Mr Paterson was found to have repeatedly lobbied ministers and officials for two companies paying him more than £100,000 per year.

Shadow Commons leader Thangam Debbonaire called for the prime minister to “immediately distance himself from these latest attempts to poison British politics”.

“Having already ripped up the rules policing MPs’ behaviour to protect one of their own, it is appalling that this corrupt Government is now trying to bully the standards commissioner out of her job,” the Labour MP added.

He calls out the behaviour of the PM and MPs yesterday to save the skin of Owen Paterson, but also lists other serious breaches of parliamentary standards during Johnson’s time as PM.

There are quite a few examples.

He captioned the tweet his video was attached to with, “This is beyond shocking. Cowardly MPs, whipped by Boris Johnson have just voted to rip up standards rules to block the suspension of a Tory MP found to have used his position to lobby for two private companies This is a very dark day for Parliament & our democracy.”

Peter’s previous video, calling out the PM’s lies has nearly hit a staggering 39 million views, but the BBC has still failed to mention it.

Related: Full list of MPs who voted to rip up the rule book and let Paterson off the hook