The baobab - more commonly known as the 'tree of life' - also hit the headlines after Prince Harry and Megham Markle's love blossomed under one during a holiday. 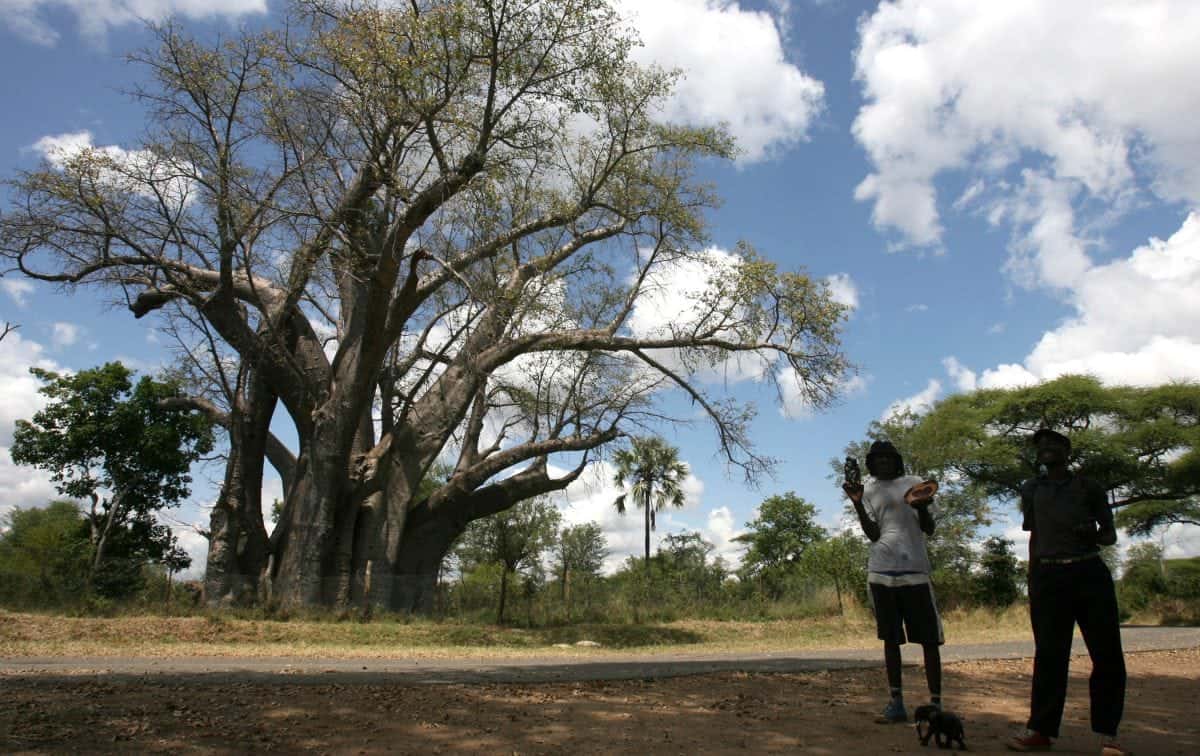 One of the world’s most famous trees – whose fruit has been enjoyed by the Duchess of Cambridge in a smoothie – is being wiped out by climate change, a study shows.

The baobab – more commonly known as the ‘tree of life’ – also hit the headlines after Prince Harry and Megham Markle’s love blossomed under one during a holiday.

The ancient produces a ‘superfood’ packed with antioxidants that has been popularised by celebrities.

Now scientists have found the largest and most ancient baobabs in Africa are being mysteriously killed off.

The international team described it as a disaster of “unprecedented magnitude.”

The baobab is the biggest and oldest flowering plant in the world.

Some date back 6,000 years – meaning they were around before the Great Pyramid and Sphinx were built.

Global warming is suspected to be affecting the ability of the trees – among the most distinctive on the planet – to survive in their unique habitat.

The discovery was made by chance during a study of the baobab’s biology and structure that enables it to get so big.

Eight of the 13 most historic – and five of the six largest – had either completely died or had their oldest parts collapse in just over a decade.

Professor Adrian Patrut, of Babes-Bolyai University in Cluj-Napoca, Romania, said: “The deaths of the majority of the oldest and largest African baobabs over the past 12 years is an event of an unprecedented magnitude.

“These deaths were not caused by an epidemic and there has also been a rapid increase in the apparently natural deaths of many other mature baobabs.

“We suspect the demise of monumental baobabs may be associated at least in part with significant modifications of climate conditions that affect southern Africa in particular.”

The trees have stout, massive, branchless trunks that look like pillars and can live for thousands of years.

They have massive hollow centres and can contain hundreds of square metres of wood.

It used radiocarbon dating to age samples taken from different parts of each tree’s trunk.

The researchers did not expect to find many had died. They said they were shocked.

Baobabs have a ring-shaped structure composed of multiple stems and trunks – often of different ages.

These can fuse together to form a closed circle – or remain open. False cavities like these are exclusive to baobabs. 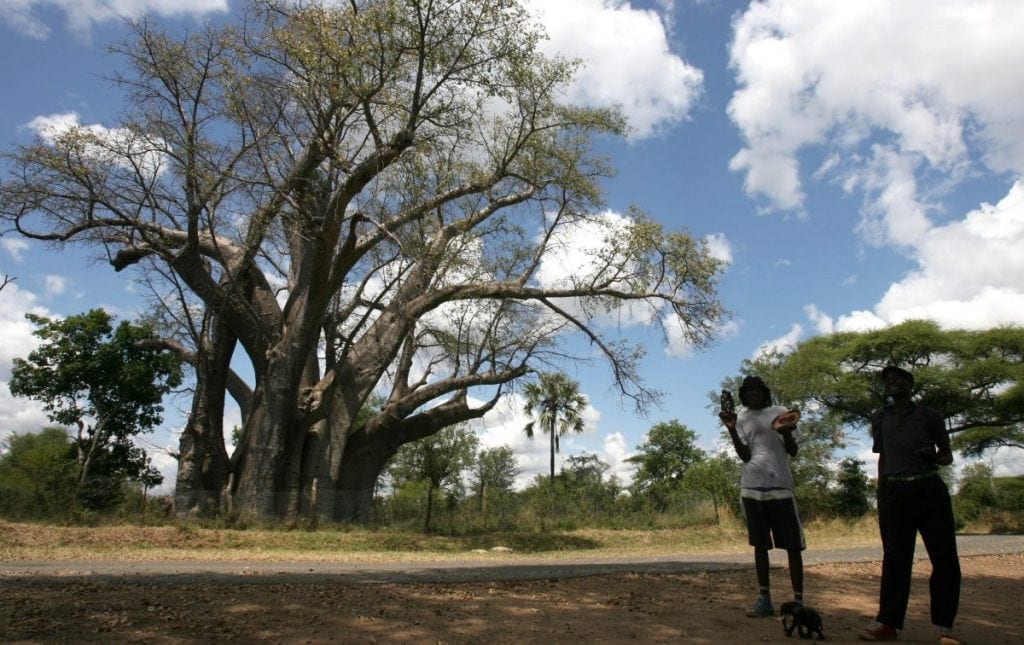 In the case of the oldest trees in the study such structures are composed of stems that have each existed for hundreds of years.

But in some cases all the stems have died suddenly.

Prof Patrut said: “We report that nine of the 13 oldest and five of the six largest individuals have died, or at least their oldest stems have collapsed and died.”

The baobab is common on the savannahs of Africa and in tropical countries where it has been introduced.

Prof Patrut and colleagues used a scanning technique that allows live specimens to be investigated and dated by taking small wood samples collected from inner cavities and different areas of the trunk.

They found most baobabs start growing as single stemmed trees. Over time they become multi-trunked – producing new stems in much the same way other trees sprout branches.

One of the most famous – the Chapman baobab – named after South African explorer James Chapman who visited it in 1852 – was more than 1,000 years old when it crashed to the ground suddenly on 7 January 2016.

It had six trunks and its roots extended half a mile out into the surrounding savannah of Botswana.

It’s said to boost the immune system as well as aid digestion, and the rejuvenation of skin, hair and nails.

The baobab fruit is an excellent source of nutrients such as calcium, potassium, thiamin and vitamin B6.

It also contains three times as much vitamin C as an orange.

The Ducchess of Cambridge was pictured drinking a baobab smoothie on a visit to the Eden Centre in Cornwall in 2016.

Prince Harry and Meghan Markle were served a three course meal under an ancient baobab tree during a secret romantic getaway to Botswana.