"British politics has been taken to a very unusual place and most of that was just this week." 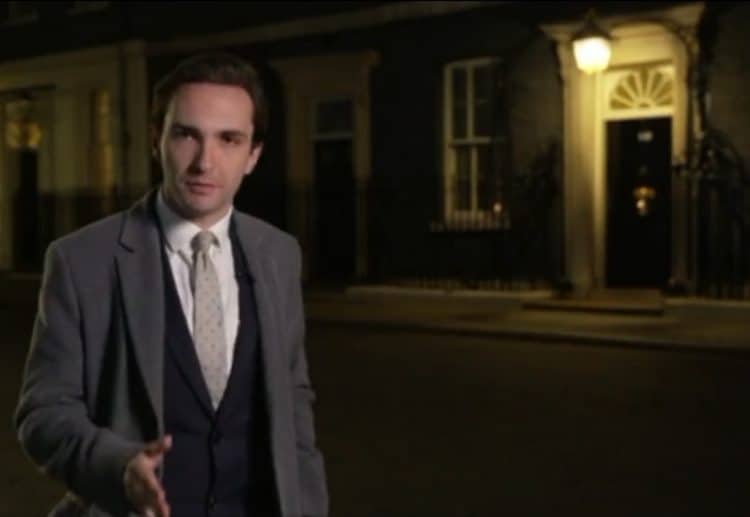 Newsnight policy editor Lewis Goodall has summed up the chaos that has engulfed Downing Street in a clip that has been described as “one for the history books”.

Boris Johnson’s tenure as prime minister was left hanging by a thread after another tumultuous week.

It comes after Munira Mirz quit over a Jimmy Savile slur in parliament.

Summarising the chaos, Goodall said it had been another “dizzying week”.

“It is not typical or normal for Downing Street to be investigated by the police.

“It is not typical for there to be such a fast turnover of staff in Downing Street.

“And it is not typical to have a former chief aide of Downing Street doing everything they can to destroy the prime minister.

“British politics has been taken to a very unusual place and most of that was just this week.”

Related: ‘Ambushed by a beer?’: Johson snapped drinking at No10 bash by his taxpayer-funded official photographer