It comes as the PM's claims that a windfall tax on energy firms deters investment has been called out. 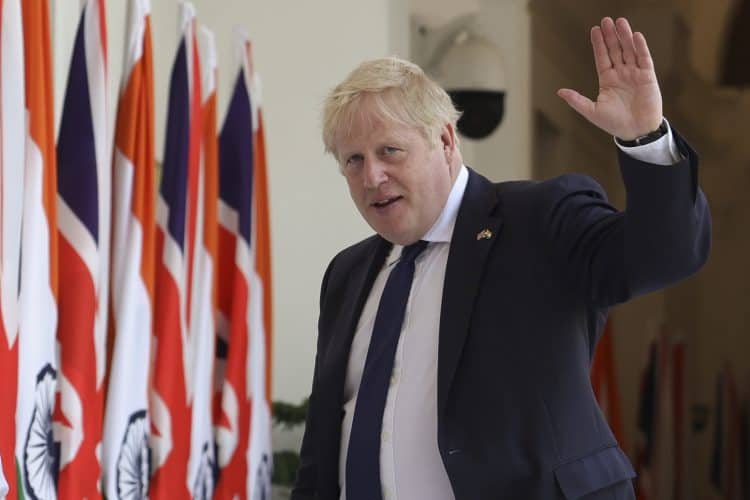 Boris Johnson insisted this morning his Government is doing “everything we can” but ‘there is more they can do’ to help with the cost-of-living crisis.

On energy, Johnson said: “This country is in the insane position of having to take in, pipe in, electricity from France and elsewhere because we haven’t done enough to invest in our own security of energy and electricity.”

Under pressure from opposition politicians to impose a one-off levy on oil company profits, Mr Johnson said: “If you put a windfall tax on the energy companies, what that means is that you discourage them from making the investments that we want to see that will, in the end, keep energy prices lower for everybody.”

However, these claims have been debunked by Times writer Emily Gosden who tweeted: “The government argues that a windfall tax on oil and gas companies would deter investment So which of BP’s planned £18 billion of UK investments would it *not* do if a windfall tax was imposed? “There are none that we wouldn’t do,” BP chief executive Bernard Looney tells me.”

On more state support to help with the ongoing cost of living crisis, Mr Johnson admitted: “There is more that we can do. But the crucial thing is to make sure we deal with the prices over the medium and long term.”

The Government has set out a £9bn package of loans to cut energy bills and council tax rebates, but Boris Johnson faces calls to go further.

He said: “I accept that those contributions from the taxpayer – because that’s what it is, taxpayers’ money – isn’t going to be enough immediately to cover everybody’s costs.”

Challenged about benefits failing to keep pace with rising inflation, he said: “We have a short-term hit caused by the spike in energy prices across the world.

“If we respond by driving up prices and costs across the board in this country, responding by the Government stepping in and driving up inflation, that will hit everybody.

“And that will mean that people’s interest rates on their mortgages go up, the cost of borrowing goes up, and we face an even worse problem.”