“The longer that goes on, where they’re just left in limbo, the trauma that they’ve already got from fleeing the war is just gonna get worse.” 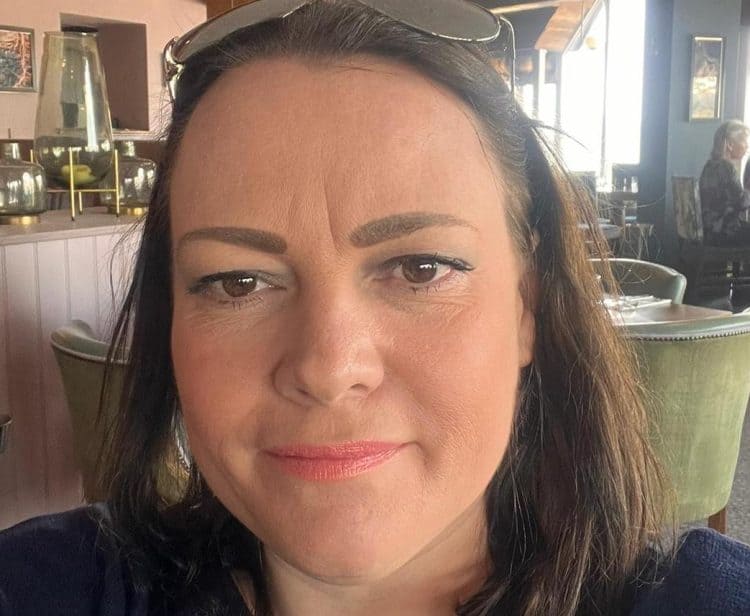 An NHS nurse said she is on her “hands and knees, begging” as she waits for her Homes For Ukraine application to be processed.

Lauren Corbishley, 43, an NHS nurse from Dawlish in Devon, applied to the scheme on March 18 to bring three members of a Ukrainian family to the UK.

But aside from the council making inquiries about a DBS check, she has heard nothing back.

Ms Corbishley said she has “two beautiful spare rooms waiting” for Yuliia, husband Glib, their 17-year-old daughter Maryna and their two huskies, who have been in Warsaw since March 10.

She told the PA news agency: “I’m basically on my hands and knees, begging.

“As a nurse in this NHS that has worked through this pandemic, I’m on my knees, and I’m begging (the Government), please find my family’s applications and give them the (visas).

“Help me. I’ve given this country two years of my time with this pandemic, I am not rich, and I just want something back – and that is to get this family here.”

She said the Home Office appeared to have “shut up shop” and that she was getting “distressed” messages from the family asking what they should do.

“I don’t know any more than them,” she said.

She added: “Yuliia yesterday was saying that she’s ashamed that we don’t want her here, but it seems like the Government doesn’t want them here.

She pointed out that many of those fleeing Ukraine have suffered “trauma” and are going through “mental torture”.

“The urgency on this is paramount to get people settled and safe,” she said.

“The longer that goes on, where they’re just left in limbo, the trauma that they’ve already got from fleeing the war is just gonna get worse.”

Ms Corbishley and her husband Ian have spent more than £1,000 of their own money on accommodation for Yuliia and her family as they have waited for the application to be approved.

The family have lost their home in Kharkiv as well as Glib’s business, which relied on Russian clients.

They were put in touch with Ms Corbishley via the Shelter For Ukraine website around a month ago, and have been in touch ever since.

“We’re emotionally invested in it, both of us now,” she said.

“That’s the heartbreaking thing because I could possibly say to her, ‘Look – go somewhere else, go where you are wanted, go where you haven’t got to wait in this pain and get your life on track and try and rebuild’.

She called on the Government to provide clarity for those who are waiting to hear back about their Homes For Ukraine applications.

“Because waiting is not a good enough response. We can’t just be told to wait any more. It’s awful.”

A Government spokesperson said: “We are moving as quickly as possible to ensure that those fleeing Ukraine can find safety in the UK through the Ukraine Family Scheme and Homes for Ukraine.

“We have streamlined the process so valid passport holders do not have to attend in-person appointments before arriving in the UK, simplified our forms and boosted caseworker numbers, while ensuring vital security checks are carried out.

“We continue to speed up visa processing across both schemes, with almost 30,000 visas issued in the last three weeks alone and thousands more expected to come through these uncapped routes.”