At This Morning he sparked a response from Ofcom when his comments about a debunked 5G conspiracy theory incited hundreds of complaints. 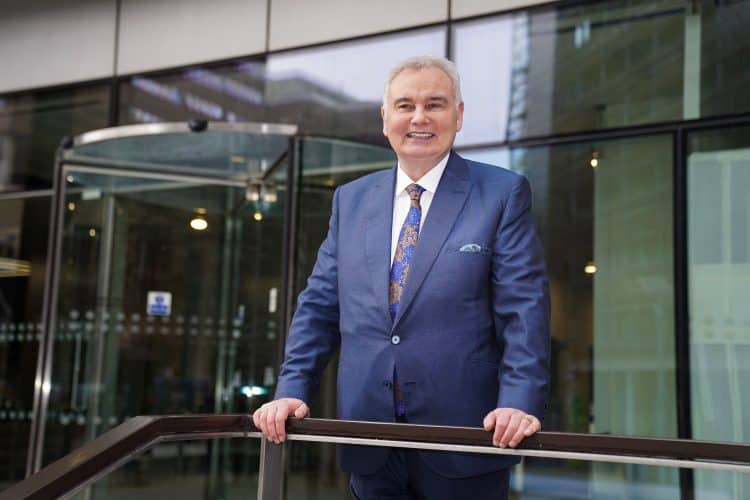 Eamonn Holmes has accused his former bosses at ITV of being “sly” when organising his exit from the channel and “hypocritical” about the company’s diversity drive.

The GB News presenter said the channel had not wanted to announce his departure due to its effects on viewing figures so had made it look like the decision had been his.

It was announced in November that Holmes was leaving ITV after 15 years hosting This Morning alongside his wife Ruth Langsford.

But the veteran broadcaster said the reasons for his departure had not been explained.

“No one explained anything to me,” he told the Daily Mail’s Weekend magazine.

“I’m all for TV companies being able to choose who works for them, but it would be nice if you were told why you were going.

“They’re sly. They didn’t want to announce that I’d been dropped because it would adversely affect audience figures, so they made it look as if I’d walked away from them rather than the other way round.

“They had a chat with my agent and announced that I was going to GB News when they’d done no more than ask if I’d be interested in joining them.”

He added: “’I’m not going to have myself derided as some sort of has-been. I may be male and pale but I’m still at the top of my game.”

“When are they going to start being diverse with their management?

“The diversity is only on screen. It’s hypocritical.”

This Morning’s response was the right amount of shade, A spokesperson for This Morning told HuffPost UK: “This isn’t a version of events that we recognise and as we have said before we wish Eamonn all of the very best.”

Eamonn had come under fire on several occasions due to remarks he’d made during This Morning’s live broadcasts.

This included when he repeatedly interrupted Femi Oluwole during a debate about the use of the word “slaves” in the song Rule Britannia.

He called the Duchess of Sussex “uppity” on This Morning.

He also sparked a response from Ofcom when his comments about a debunked 5G conspiracy theory incited hundreds of complaints to the TV watchdog.