“I wanted a recovery plan or recovery approach which was comprehensive, which was broad, and long term. And I’m afraid I don’t … it doesn’t look like we’re getting that at the moment," he said. 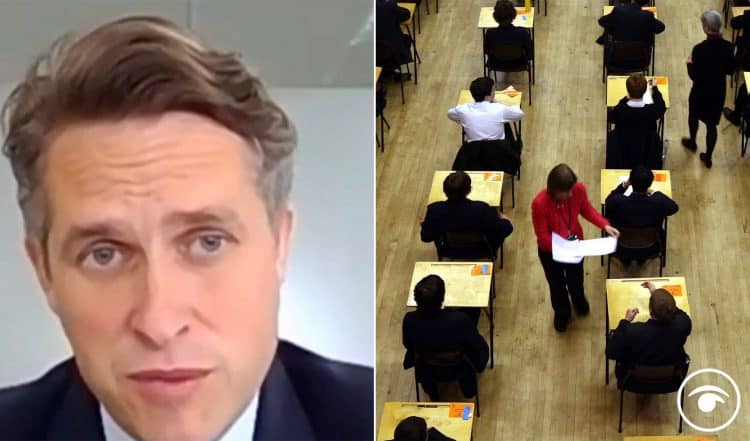 The government’s former education catch-up tsar has said one of the “great legacies” of coronavirus could be growing inequality if ministers do not shake an “obsession” with exams.

Sir Kevan Collins quit in June after the amount ministers were prepared to invest in helping children catch up on their education post-pandemic fell so far short of what he believed was necessary.

He had put forward a recovery package which amounted to £15 billion while the Treasury had allocated just £1.4 billion.

And appearing on the BBC’s Newsnight programme on Thursday he said inequality was something “we’ve never really managed to crack” and was “the deep scar in our system”.

Inequality in our education system

He said: “It looks like what has happened in this Covid period is the work we’ve done has pretty much been wiped out, in the last decade, and that’s got to be the huge focus of the recovery work, not the obsession every year with just the exams, but actually the deeper inequality that we see growing in our education system.”

It comes amid concern about inflated grades caused by exams being cancelled during the pandemic, and students instead being able to rely on teacher-assessed grades.

Sir Kevan told Newsnight: “I think one of the most difficult challenges for all of us is that it’s been hugely variable.

“One of the most difficult things to face in Covid is how children from different communities, different schools, different levels of support, have just had a completely variable experience.

“So having a consistent fair exam at the end of that becomes very, very challenging and schools have been left in an invidious position really trying to work out how do you examine every child fairly, when the experience that many of them had has been so different.”

And asked whether he thought enough was being done, he added: “I’m afraid I’m not confident enough has been done, because although – quite rightly – the focus is on this year’s exams, I think this is a long-term problem, it’s going to take us a number of years to recover from this huge disruption to children’s education.

He said: “I wanted a recovery plan or recovery approach which was comprehensive, which was broad, and long term. And I’m afraid I don’t … it doesn’t look like we’re getting that at the moment.”