The publisher, through its legal team, made public apologies for the actions of the News Of The World, but did not admit any liability in relation to allegations of phone hacking at one of its other newspapers, The Sun. 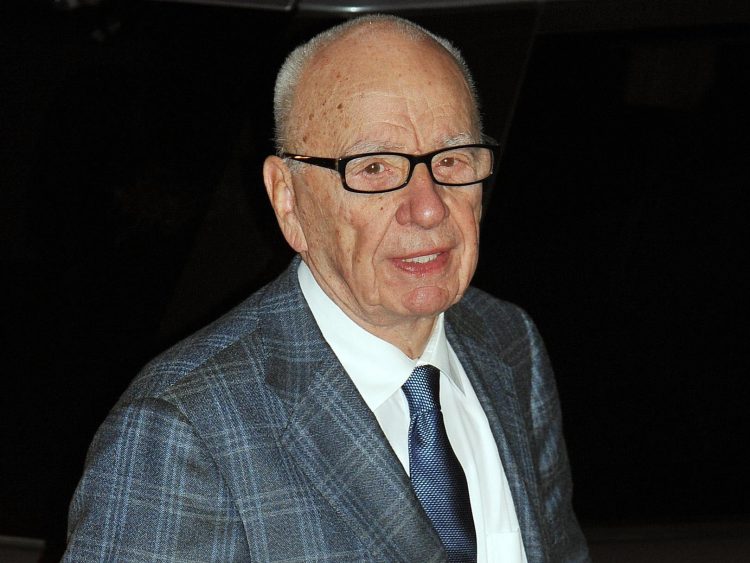 Sienna Miller and Paul Gascoigne are asking a High Court judge to rule in their favour in a dispute with the publisher of the News Of The World and The Sun over alleged phone hacking.

The pair are among a number of high-profile figures to have brought legal action against News Group Newspapers (NGN) alleging their privacy has been invaded, and they have each agreed a settlement with the publisher.

However, NGN takes issue with the wording of a statement they wish to be read to the court on their behalf, and is asking Mr Justice Fancourt to resolve the dispute.

The judge is also being asked to decide what words should be included in a statement on behalf of former Liberal Democrat MP and campaigner Dr Evan Harris.

Barrister David Sherborne, who is representing the claimants, told the court the matter was of great importance to them, as demonstrated by the fact Ms Miller has flown to the UK from the US to attend the hearing.

Ms Miller is expected to give a statement outside court later on Wednesday once the issue has been resolved, as is Gerald Shamash, solicitor for Mr Gascoigne.

Mr Justice Fancourt was asked by NGN lawyers to conduct parts of the hearing in private, but he refused, saying that the allegations were already in the public domain.

Anthony Hudson QC, representing NGN, said the three claims linked to the statements under dispute were “explicitly settled on the basis of no admission of liability”, and that allegations in the statements were “in reality being presented as fact and that is inappropriate”, adding that this “runs completely contrary to the basis on which the claimants settled”.

Mr Sherborne told the court that Ms Miller was “perfectly entitled” to include certain details in her statement, pointing to case law on unilateral statements in open court which he said made it “very clear” that she should be “allowed to say what she felt was hurtful to her, damaging, the effect of the publication and what she wants to say about the settlement”.

The court earlier heard statements from a number of celebrities and high-profile figures who have settled phone hacking claims against the publisher of the News Of The World, the High Court has heard.

Statements were read on behalf of 15 celebrities and other figures, including actor Sean Bean, Texas lead singer Sharleen Spiteri and ex-cricketer and commentator Shane Warne.

News Group Newspapers (NGN), publisher of the now-defunct newspaper, has agreed to pay confidential damages to each of the claimants and also pay their legal costs.

The publisher, through its legal team, made public apologies for the actions of the News Of The World, but did not admit any liability in relation to allegations of phone hacking at one of its other newspapers, The Sun.

In a statement read on behalf of Ms Spiteri, her solicitor Callum Galbraith told the court she was an “obvious person for the press to target”, both as a result of her success with Texas and her friendship with a number of people in the public eye, including members of Sir Paul McCartney’s family.

Mr Galbraith said the singer had identified a number of articles published between 1998 and 2009 which she claimed contained her private information.

He said: “Articles published reported on matters relating to, for example, Ms Spiteri’s separation from her then long-term partner (a private matter which she claimed was not then known to her close family), her home, her whereabouts and the birth of her daughter.

“Ms Spiteri believes that the publication of the articles had a harmful effect on her private and family life and is appalled she will never regain control of her private information.”

Mr Galbraith said she “became suspicious” as to who was providing the confidential information, adding: “Ms Spiteri believes that the publication of the articles generated distrust which impacted on her relationships, and this has caused her considerable distress, upset and anger.”

On behalf of NGN, Ben Silverstone said: “The defendant is here today, through me, to offer its sincere apologies to Ms Spiteri for the distress caused to her by the invasion of her privacy by individuals working for or on behalf of the News Of The World.

“The defendant acknowledges that such activity should never have taken place, and that it had no right to intrude into the private life of Ms Spiteri.

Similar statements were read on behalf of each of the claimants, and apologies on behalf of NGN then followed.

Solicitor Elizabeth McClenan, representing Sean Bean, who has appeared in a number of films and television series including Lord Of The Rings and Game Of Thrones, said the actor issued proceedings in May 2020 after receiving information from the Metropolitan Police.

She said he identified a number of articles containing his “private and confidential information” published between 1996 and 2011, as a result of which he “became suspicious” as to who was the source.

Ms McClenan told the court: “The claimant has accepted the defendant’s offer to resolve this claim on terms confidential between the parties, but which involve the defendant agreeing to pay substantial damages to the claimant as well as his reasonable legal costs of bringing the claim.”

Emily Jenkins, on behalf of Dane Bowers, who was in boyband Another Level from the late 1990s until 2000, told the court he was “shocked” after seeing disclosure documents which included an invoice referring to a search for his son’s birth certificate.

David Sherborne, on behalf of Shane Warne, said: “During (the time of the alleged hacking) the claimant used his voicemail extensively – particularly whilst playing cricket – and he would regularly receive and leave voicemail messages.”

The barrister also said Mr Fleeshman claimed his career was “seriously impacted” and “he reluctantly decided to leave Coronation Street in July 2006 due to intrusion into his private life”.

“The claimant further alleged that he turned down a number of other roles as he could not face the intrusion,” Mr Sherborne said.

Since the phone-hacking scandal led to the closure of the News Of The World in 2011, NGN has settled a number of damages claims concerning unlawful information-gathering – but the publisher has never admitted liability in relation to alleged phone hacking at The Sun.

Related: “Now it’s official”: The Sun is ‘worthless asset’ after Murdoch writes down its value