Raafat Maglad, who is in his 70s, was wearing a sling. 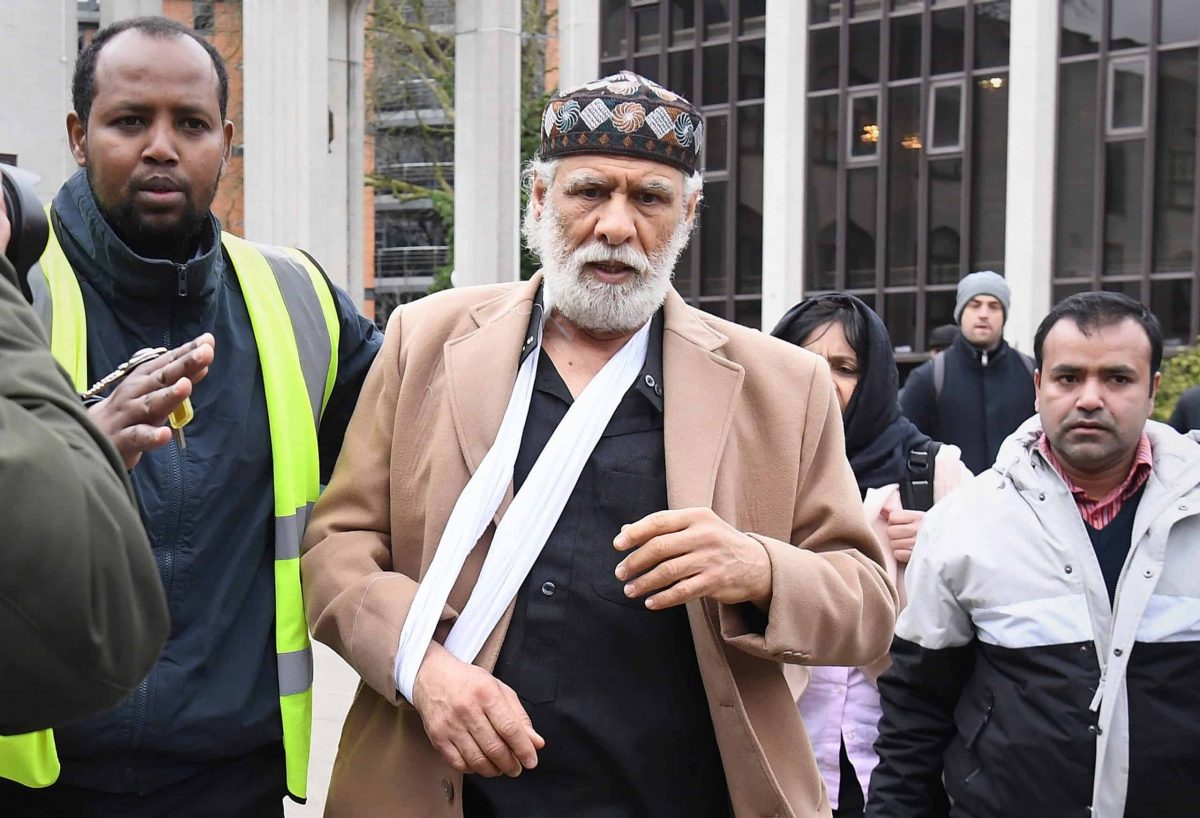 A Muslim prayer leader has returned to the mosque where he was stabbed just hours after the incident.

Raafat Maglad, who is in his 70s, was attacked inside London Central Mosque in Regent’s Park on Thursday afternoon.

He was taken to hospital, where he was later pictured with a dressing to a wound on the right side of his neck.

And on Friday morning, Mr Maglad was photographed outside his home smiling and wearing a sling to support his right arm.

He later arrived at the mosque, where he was escorted inside by security shortly after 12.30pm.

He told the Standard: “I would like to thank everyone who helped. Last night the emergency room was full of so many people supporting me. It was nice. This attack won’t change my behaviour. Nothing will stop me praying, and I will be back calling prayers as soon as I can. I have to find out if I need surgery first.”

Witnesses told how the muezzin, who makes the call to prayer, was stabbed at around 3pm in an attack the Metropolitan Police is not treating as terror-related.

Worshippers tackled the suspect, a 29-year-old man who is believed to have been attending prayers, before he was arrested on suspicion of attempted murder inside the mosque.

Ayaz Ahmad, adviser to the mosque, said: “Everybody’s reaction was shock and horror, the men were screaming.

“It was a vicious attack. We live in a society where we hear a lot about knife crime and what have you, but actually to physically be in a situation where you’re first-hand watching an attempted murder take place, it’s very shocking.”

The stabbing, following a string of attacks on places of worship around the world, has prompted safety fears.

Shaukat Warraich, chief executive of non-theological group Faith Associates, said Muslim worshippers are now “looking over their shoulders” as they come to prayer.

He said: “Regent’s Park is the most iconic mosque in London because of its size and location, but it is probably also the most secure in terms of what they have and resources and manpower.

“But generally mosques are soft targets. Most don’t have any security apart from some CCTV.

“What we are seeing now is definitely a change in behaviour – women have stopped going and some children too, they have been advised by the menfolk not to come to prayer in the evenings and to worship at home instead, because there are concerns about being attacked at prayer or on the way to the mosques.