“If the public found out what would we do? We’d use the distraction to get a bill through." 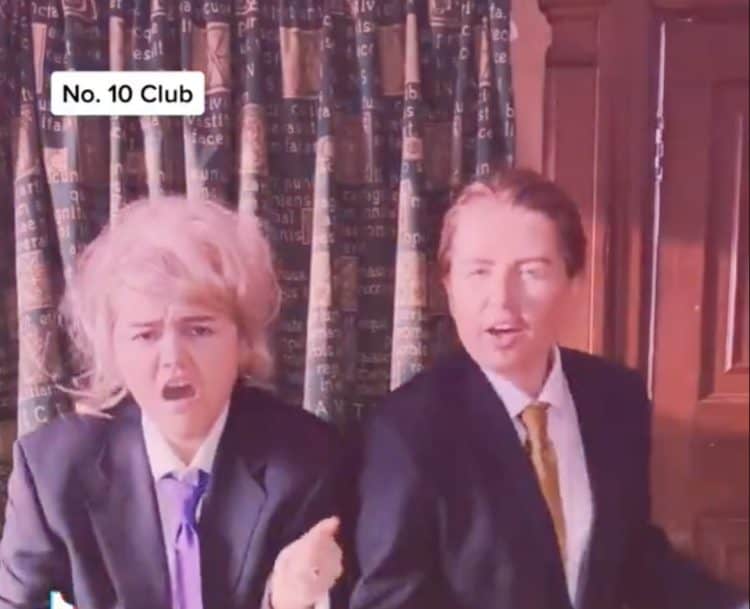 A cover of the famous S Club Party is gaining traction as millions have been entertained by the hit’s new version mocking the Tory government’s latest scandals.

Sisters Tabby and Chloe, known as ‘sugarcoatedsisters’ on TikTok, managed to brilliantly summarise the latest series of controversies Downing Street is the centre of – from allegations that a Christmas party was held by No 10 last December, to cocaine being found in 11 out of 12 toilets tested in Parliament.

The first part of the cover is fast approaching three million views, whilst the second one is moving closer and closer to half a million views.

The “No 10 Club” song goes: “I hope no one leaks this vid, Oh they’ll never find out what we did, we got to go, no lateral flow, get ready everybody let’s do some blow.

It also asks: “If the public found out what would we do?,” before concluding: “We’d use the distraction to get a bill through, hey!”

“Ooh ooh, no punishment for us! Ooh ooh, I’ll throw them all under the bus,” it concludes.

The bill referenced is the controversial Nationality and Borders Bill, which will allow Home Secretary Priti Patel to remove British citizenship without notice.

Last month, a new clause was quietly added to the Bill, giving the green light to the government to remove the need to give notice if this is not “reasonably practicable”.

Whilst the new citizenship clause would allow the Home Office to apply law retrospectively to people stripped of citizenship without notice before the clause became law, raising questions about the ability to appeal, this is not the first time rules related to citizenship are tightened in an unfair way under Boris Johnson’s government.

In May this year, campaigners warned EU nationals were fearful their citizenship applications would be rejected because they lacked private health insurance in the past.