A shocking new survey reveals just how badly Londoners have been hit by the cost of living crisis. 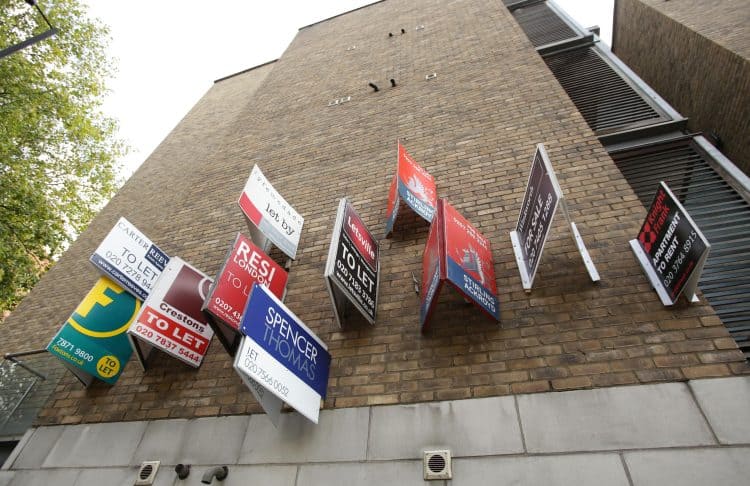 Brits are being squeezed by rental cost increases, with nine-in-ten tenants struggling to pay as the cost of living crisis eats into household budgets.

A shocking new survey found that 86 per cent of all tenants admitted the cost of living crunch is hitting them in the pocket, amid enormous strain on Londoners’ finances.

The poll, commissioned by Rentd, found that since the start of the year, over half of tenants – some 52 per cent – experienced an increase in their monthly rent.

While the majority (53 per cent) found this manageable. But nearly one-fifth (19 per cent) said the increase to their rent was considerable, and 40 per cent said they were already struggling financially before their rent was increased.

“The cost of living crisis is particularly concerning for tenants, many of whom would have already been struggling with the cost of renting and will now find they are being financially stretched to their limits,” said Ahmed Gamal, founder and CEO of Rentd.

“During the pandemic, we saw rental values drop across a great deal of the market, but with normality returning this year, they are once again starting to climb.”

Speaking to City AM, Gamal said that “this means that a great deal of tenants may now be finding that the cost of renting in their given area is quickly becoming unaffordable.”

The hike in utility bills has been the biggest contributor to financial instability, with fuel costs and rent increases also ranking high.

It comes as UK customers appear to be worse hit by the cost-of-living crisis than those elsewhere in Europe, the company behind Poundland has said.

Pepco said British shoppers are cutting back on essential purchases as they face a big hit to their disposable incomes.

The company operates in several European countries, including Poland, the Czech Republic, Italy, Spain and Germany.

It said that in central and eastern Europe, the cost of living is being offset by high wage growth, at least in the short term.

In Western Europe wages are not growing, which is pushing down the amount that customers spend. But Pepco singled out the UK as being particularly bad.

It said: “In Western European markets the acute spike in inflation in a stagnant wage growth environment has quickly resulted in absolute lower spending by consumers.

“Specifically in the UK, the cost-of-living crisis has impacted customers’ disposable income as they scale back even on essential purchases in the short term.

“Our continued focus on reducing the costs of doing business means that we are able to offset some of our input inflation, allowing us to protect prices for all of our cost-conscious customers.”

Related: Have a slice of that, Boris: Even Domino’s Pizza are trolling the Tories