by Henry Goodwin
in Lifestyle 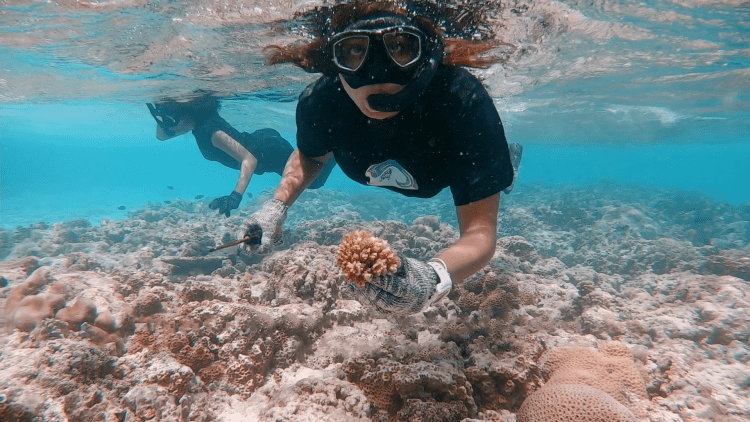 Imagine if you could spend your days with the sun on your back in a stunning tropical location – and help save the planet in the process.

Well, now you’ve got a chance to do just that. Applications have opened for a once-in-a-lifetime opportunity to travel to the Maldives and work on restoring the country’s precious coral reefs.

You could soon have the chance to don your wetsuit get involved in the world’s largest coral reef restoration by becoming the SHEBA®Hope Ambassador, in the crystal-clear waters off the idyllic island of Fulhadhoo.

Fear not, applicants need not have any formal experience. All you require is a passion for the environment, strong swimming ability and a knack for social media storytelling.

The role is part of Hope Grows, a global campaign which has been busy restoring caring for our coral since unveiling its first reef restoration project – Hope Reef – in Indonesia last year.

Since its construction, Hope Reef has seen coral cover increase from two per cent to 70 per cent, the average size of fish increased by 175 per cent and there has been a ten per cent rise in the number of fish species present at the reef.

After a week of training in Leicestershire, with the Mars Petcare and coral restoration team, you’ll be flown out to Fulhadhoo – where it’ll be up to you to restore the reefs to their former glory.

Your role will involve you joining local community members on the island, including partnering with a Maldivian Hope Ambassador, preparing and planting reef stars – all while keeping everyone updated with regular blog posts on the SHEBA® website and capturing content, stories and interviews about life and the community on the island.

The job forms part of SHEBA’s® global campaign called ‘Hope Grows’, created to restore the beauty in our oceans.

SHEBA’s® new work in the Maldives and its search for its Hope Ambassador is a continuation of the successful coral restoration efforts seen in Indonesia and signals the next phase of the world’s largest coral restoration programme.

Professor David Smith, Chief Marine Scientist at Mars, Inc., said: “Scientists have estimated that if we do nothing, 90 per cent of the world’s tropical reefs will be gone by 2043—a devastating prospect not just for the reefs’ ecosystems, but for the nearly 500 million people who depend on the reefs for food, income, and coastal protection.

“We know that coral reefs are the heart of our oceans and the continued work on Hope Reef shows that there really is hope. Our efforts around the world to restore and regenerate these precious ecosystems are showing exciting results and having a positive impact on local communities. We hope to inspire others with the help of a SHEBA® Hope Ambassador.”

Aya Mariyam Rahil Naseem, Co-Founder and Vice Chairperson of the Maldives Coral Institute added: “The ocean makes up 99 per cent of my home, the Maldives, and coral reefs are the very heart of our oceans. Coral provides the very foundations for Maldivian society, which is why we’re proud to be part of the Hope Grows movement working to restore these vital ecosystems.

“It’s more important than ever, that we invest in ocean-based solutions and we can’t wait to welcome the SHEBA® Hope Ambassador to our family.”

Applications for the role as Hope Ambassador close on June 30.