It comes after the Brexiteer fell for a similar prank in another video. 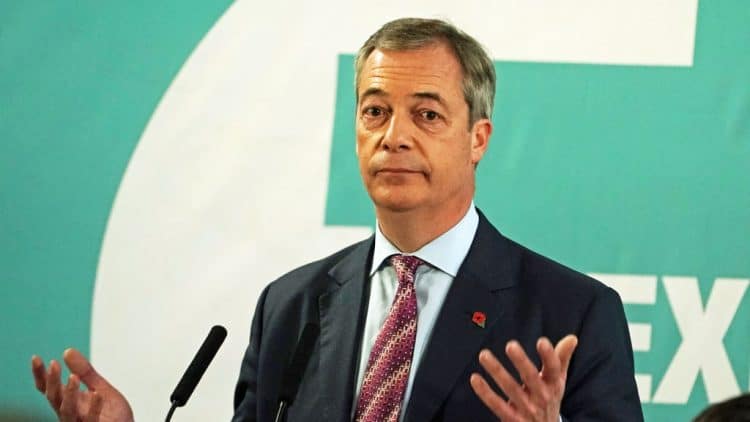 Nigel Farage sparked amusement after being duped – again – into repeating a pro-IRA slogan.

In a Cameo video, Farage was paid £73 to make a 71st birthday wish to a man called Gerard and wish him a happy retirement.

It comes after the Brexiteer was formerly filmed while saying “up the RA” in a similar prank.

After making the wishes, Farage added: “They’re looking forward to seeing you, and some of the old team, back at ‘tiochfaidh ár lás’ in Brighton, I’ve had the full story, you were the team leader there for many years. And they hope you’re having a happy retirement, as do I Gerard, enjoy.”

Although Farage thought ‘tiochfaidh ár lás’ was a venue in Brighton, it means “our day will come” in Irish and is used by Republicans dreaming of a united Ireland.

After the first IRA video, the GB News presenter told the Daily Mail: “If I saw ‘up the RA’ I would have looked at that as something very innocent, and wouldn’t have even known there was an implication to it.

Earlier this week, Farage was slammed for his lack of Ireland knowledge on live TV.

Whilst on Claire Byrne Live on RTE One, he waded into the very thorny issue of Irish nationalism.

He told Byrne: “Five hundred, often very bloody very difficult years until the 1920s — what was the point of it if you’re governed by European Commissioners?

“That’s a debate and it may be too inconvenient for all of you in Dublin, of course.”

Byrne wasn’t having this and mentioned Cameo video Farage.

“I think people will be entertained, Nigel, to hear you talking about this,” she said.

“Look, I know that you apologised for the birthday greeting which you delivered in the last couple of days, but I want people to see just how much you know about the history and culture on this island.”

“’Up the RA’, Nigel? I mean I know you said sorry, I know that you get 87 quid, that’s entirely within your rights to do that.

“But come on! Don’t try to lecture the Irish people about the culture and history and precarious nature of peace on this island. You haven’t got a clue,” Bryne said.