“With his latest campaign, Farage has once again shown how massively out of touch he is with the general public calling for a referendum on the green agenda, policies that aim to protect all of our futures." 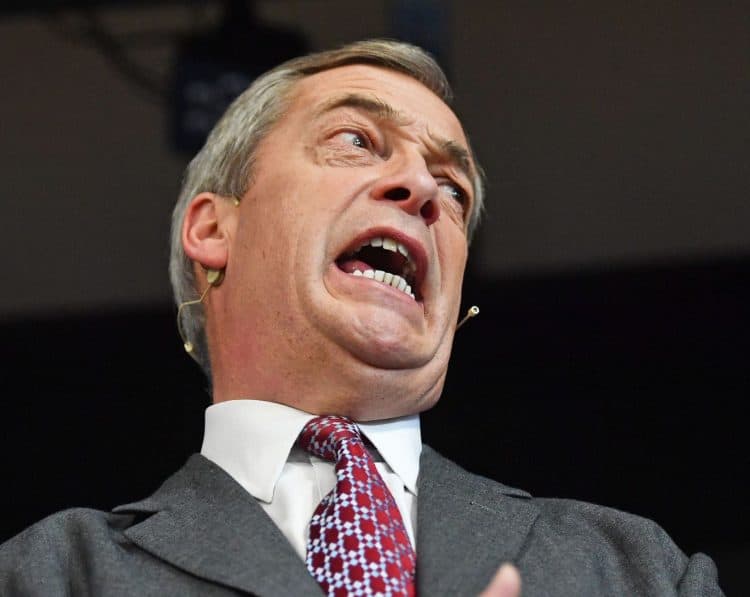 Nigel Farage has been banned by an online retailer over his opposition to ‘Net Zero’ policies.

UKIP’s former leader was barred from EcoVibe’s website after calling for a referendum on the UK’s environmental targets.

The company which offers a wide range of plastic-free products has called for other businesses to follow suite.

His plans for another referendum vote have not been well received by some, including actor Hugh Grant who responded “go f**** yourself”.

Joseph Battle, co-founder and CEO of EcoVibe: “With his latest campaign, Farage has once again shown how massively out of touch he is with the general public calling for a referendum on the green agenda, policies that aim to protect all of our futures.

“We’re very passionate about making it easier for everyone to live more consciously so that together we can have a positive impact.

“It’s not about being perfect all the time, it’s about making small swaps where you can, and that’s where we can help.

“To attack the net zero targets and attempt to undermine the positive eco agenda is dangerous and irresponsible.

“As a business, it goes against everything we believe.

“As a team, we’re dedicated to providing quality products that don’t harm the environment; we’ve done the hard work and research so that consumers don’t have to. We are urging people to continue to do whatever they can to reduce their own impact on the environment and not entertain the clueless ramblings of Nigel Farage.”

The company has saved over 374 tonnes of plastic since it started in 2018 and supports 53 small UK businesses.

Related: Got a spare £1.50? You could see Nigel Farage live