By Joe Mellor, Deputy Editor SNP supporters will be overjoyed to find that the Scottish first minister Nicola Sturgeon has been placed in the top 50 most powerful women in the world. Scotland appears to be flexing its muscles on the world stage and it’s being led by Sturgeon, who is beginning to gather powerful […] 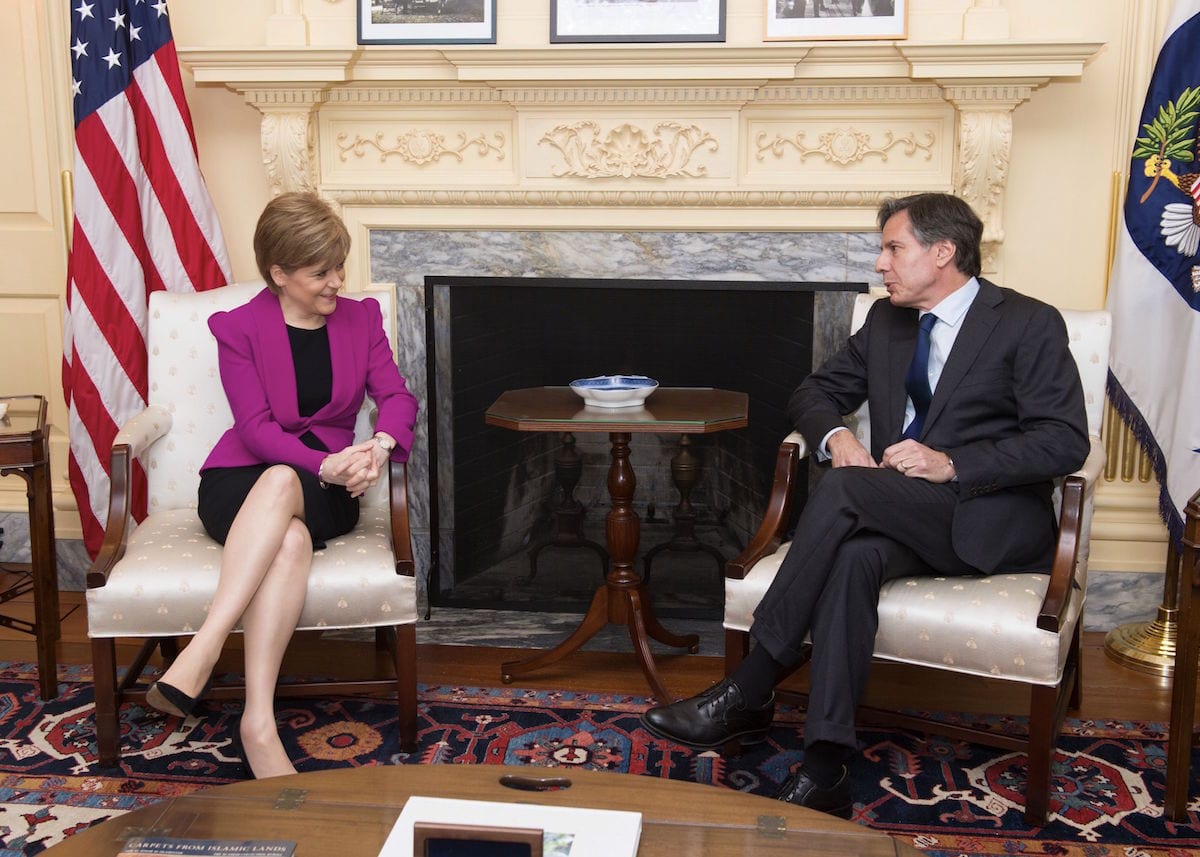 SNP supporters will be overjoyed to find that the Scottish first minister Nicola Sturgeon has been placed in the top 50 most powerful women in the world.

Scotland appears to be flexing its muscles on the world stage and it’s being led by Sturgeon, who is beginning to gather powerful allies across he globe.

The only woman from the UK who came in above her was the Queen. Sturgeon was rated 50th in the latest Forbes list of women who influence the world we live in.

This years list was topped by Angela Merkel (for the sixth successive year) the German Chancellor. The list features celebrities, world leaders and rich entrepreneurs, compiled by the US business publication. It is keenly read by many to see who the current movers and shakers are, and who has dropped off the radar.

Merkel placed ahead of US presidential hopeful Hillary Clinton, who had “a clear shot at No 1 if she wins the nation’s vote”, the list’s compilers said.

A number of high profile celebrities have dropped off the list and been replaced by political heavyweights. For example Angelina Jolie, Ellen Degeneres and Taylor Swift are not found on this years list.

Marissa Mayer, the 41-year-old Yahoo chief executive and former Google boss, was the youngest woman on the list at No 55.

Forbes said Sturgeon, a new entry this year, had hit the headlines with a renewed bid for Scottish independence, and described her as a hugely vocal critic of the Brexit campaign. Her popularity, they said, could be crucial in any new independence vote.

The editor-in-chief of Guardian News & Media, Katharine Viner, was ranked the world’s 68th most powerful woman, and fifth among the UK contenders.

Brazil’s Dilma Rousseff lost her place after being suspended from the presidency in May. Cristina Fernández de Kirchner, the former Argentina president who is facing a fraud inquiry, was also absent from the tally.