Dr Rinesh Parmar, chairman of the Doctors’ Association UK, also called for more to be done on testing. 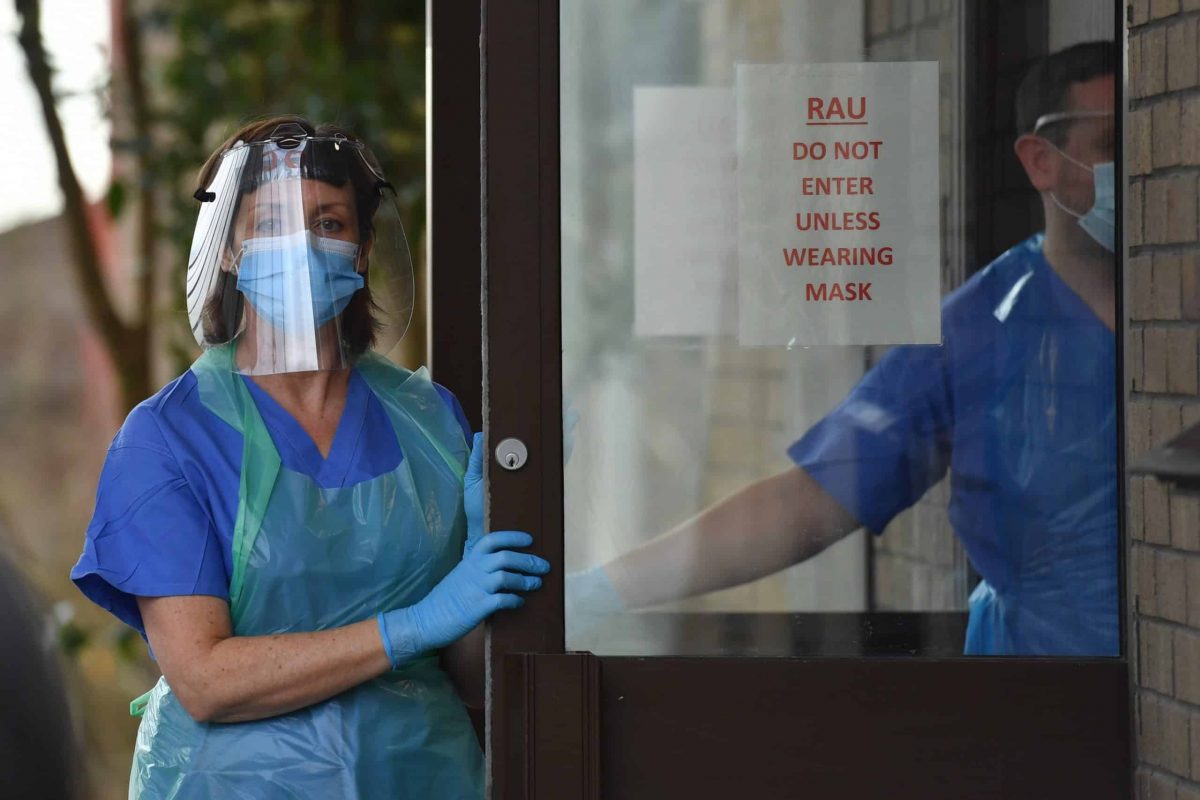 Doctors and nurses are being forced to reuse masks and to hold their breath when carrying out medical procedures due to a lack of protective equipment, it has been claimed.

Dr Rinesh Parmar, chairman of the Doctors’ Association UK, said a survey of medics had found that almost half say they have no eye protection at all, as he raised concerns about the safety of NHS frontline staff.

He also called for more to be done on testing, claiming doctors were going to centres to be checked, only to be turned away because their names were not on the list.

Dr Parmar told Sky News’ Sophy Ridge On Sunday programme that it had been two weeks since Health Secretary Matt Hancock pledged to “ensure that the right equipment gets to the right doctor, the right hospital, the right GP practice and we’ve seen that sadly that’s still not happening”.

He said that since Thursday, his organisation has been surveying “hundreds” of doctors in more than 150 hospitals and had found that 43% say they have no eye protection at all.

“Doctors have said that they’re having to reuse masks that should be single-use only, and that sometimes they’re talking to nurses and nurses are doing some of these high-risk procedures and they’re trying to hold their breath because they’re unsure and unaware of whether the mask they have been provided is going to offer them adequate protection.”

Dr Parmar added: “This is really harrowing to hear some of these stories across the NHS.”

“Given the severe lack of PPE that is getting through, we’re all very concerned about potentially losing more colleagues,” he said.

“It’s sad to hear that we’ve already lost doctors and nurses in the line of duty, doing their very, very best for patients, and none of us wants to hear further stories of frontline staff losing their lives.”

On testing, Dr Parmar said it would be “welcome news” to see in practice that it is being increased, adding: “We’ve heard from doctors who have been sent to a testing centre only to be turned away and told that their name doesn’t appear on a list.

“These are individuals who are isolating, who may not currently have symptoms but may, for example, have family members with symptoms.”

What what was PM painting? 11 best guesses as he’s spotted at easel on luxe holiday