His warning came ahead of the Queen’s address to the nation, in which she will urge the country to prove that this generation is ‘as strong as any’. 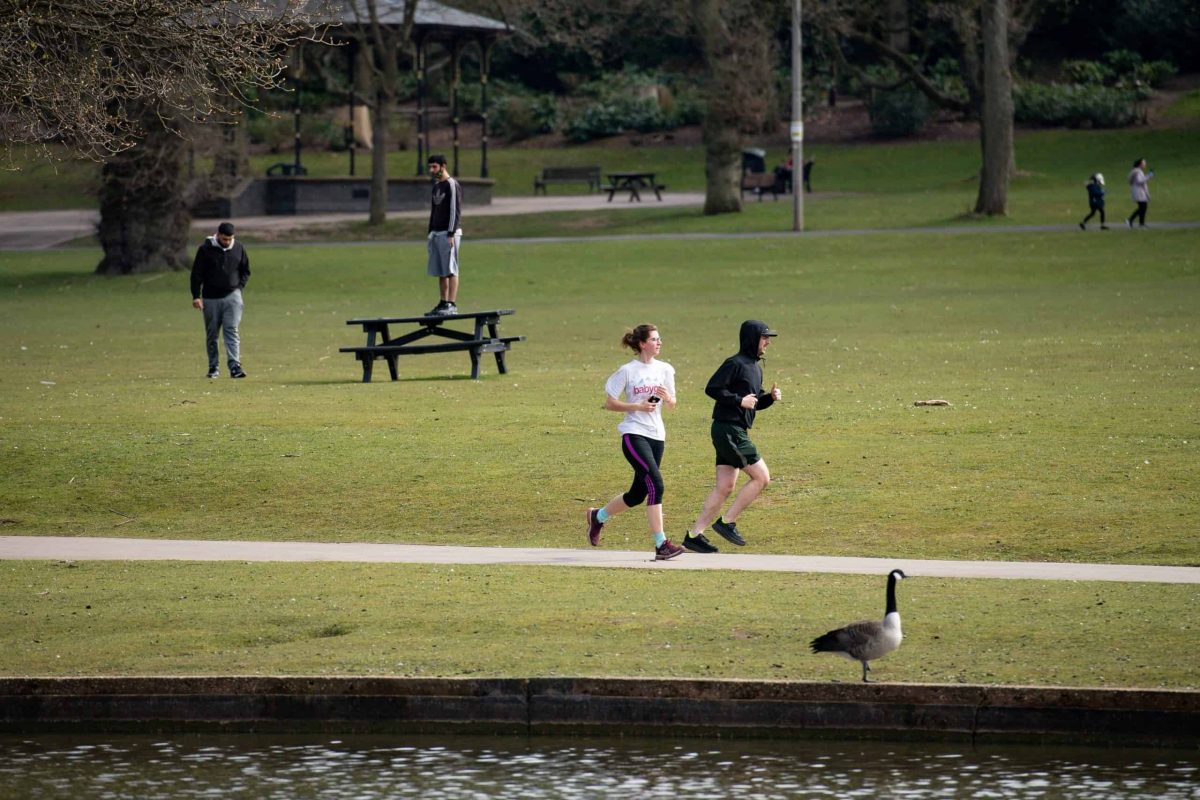 Outdoor exercise could be banned if people flout the social distancing rules, the Health Secretary has warned.

Matt Hancock said sunbathing in public spaces was against the Government guidance, and told those who dared to disobey that they are putting their own and others’ lives at risk.

As temperatures rose across the country, some parks closed because too many people had ignored the advice to stay at home.

Mr Hancock told the BBC: “We’ve said it’s OK to go for exercise because both the physical and mental health benefits of getting some exercise are really important.

“I don’t want to have to take away exercise as a reason to leave home… if too many people are not following the rules.

“At the moment the vast majority of people are (following the guidance) but people should not break the rules because that will mean that the virus spreads more and then we might have to take further action.”

He also confirmed that Boris Johnson continues to have a high temperature but is “OK” and in “good spirits” as he remains in self-isolation in Downing Street.

His warning came ahead of the Queen’s address to the nation, in which she will urge the country to prove that this generation is “as strong as any”.

In a televised message to be broadcast on Sunday evening, the head of state will recognise the pain felt by many families living through this “time of disruption”.

She will personally thank frontline NHS staff, care workers and others carrying out essential roles for their efforts, in what is expected to be a deeply personal message reflecting her experience in other difficult times.

– The UK death toll from the virus rose by at least 708 – bringing the number of coronavirus-related hospital deaths to 4,313 as of 5pm on Friday. A five-year-old child was among the victims.

– Professor Stephen Powis, NHS England’s national medical director, warned that while new cases of coronavirus appear to have stabilised, now is not the time to “take our foot off the pedal”.

– John Alagos, a 23-year-old NHS nurse, died after treating patients with coronavirus, his mother told the Mail on Sunday.

– Carrie Symonds, Mr Johnson’s pregnant fiancee, said she had spent the last week in bed suffering coronavirus symptoms, but was “on the mend”.

– The chairman of the Doctors’ Association, Rinesh Parmar, told the Sun on Sunday he feared more than 50 doctors could die “if the PPE (personal protective equipment) dries up and we have no choice but to treat our patients without the right equipment”.

– The Ministry of Justice said hundreds of risk-assessed prisoners within two months of their release date are to be temporarily sent home to reduce the chance of coronavirus taking hold in jails and overwhelming the NHS.

– Newly elected Labour leader Sir Keir Starmer accused the Government of making “serious mistakes” in its response to the coronavirus crisis, but pledged to engage “constructively” with ministers.

The Queen will say in her address to the country and Commonwealth: “I hope in the years to come everyone will be able to take pride in how they responded to this challenge.

“And those who come after us will say that the Britons of this generation were as strong as any.

“That the attributes of self-discipline, of quiet, good-humoured resolve and of fellow feeling still characterise this country.”

She will acknowledge the “grief” some have experienced, the “financial difficulties” many face, and the “enormous changes” the country is enduring, after almost two weeks of lockdown to tackle the spread of Covid-19.

With hundreds of thousands answering the call for NHS volunteers and others supporting vulnerable people in their communities, the monarch will say she hopes in the future everyone will be able to feel “pride” in how they rose to the challenge.

Commenting on the difficulties facing the nation, the Queen, 93, will say: “I am speaking to you at what I know is an increasingly challenging time.

“A time of disruption in the life of our country: a disruption that has brought grief to some, financial difficulties to many, and enormous changes to the daily lives of us all.”