Groups and unions representing NHS workers have penned a letter to Boris Johnson urging him to massively increase investment in staffing. 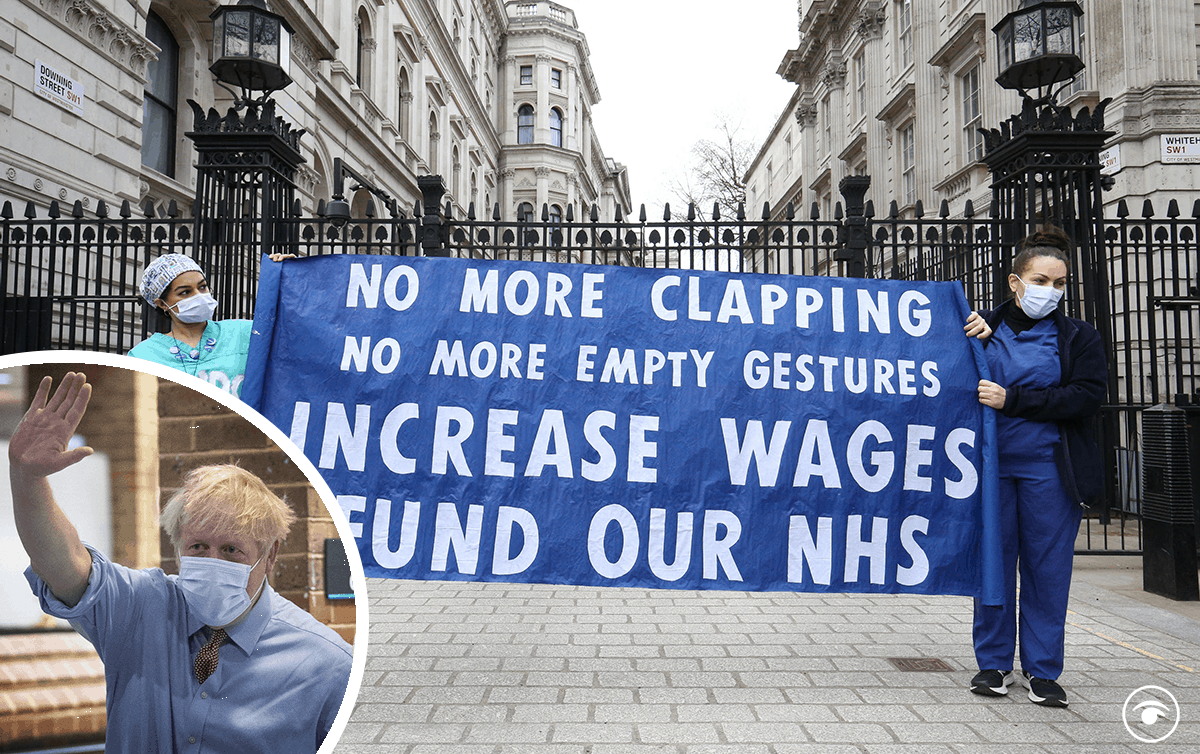 Medics have written a letter to Prime Minister Boris Johnson urging him to massively increase investment in NHS staffing.

Groups and unions representing NHS workers have said increased demand for services due to coronavirus has led to a “chronic undersupply” in staffing and there are nearly 90,000 vacant posts.

The letter has been signed by the NHS Confederation, NHS Providers, the British Medical Association (BMA), the Royal College of Nursing, the Academy of Royal Medical Colleges and Unison, and states that “billions of extra funding” is needed.

The NHS has reported “high levels of staff stress and burnout as a direct impact of the pandemic” which threatens to further increase vacancies, according to the letter.

It adds that results from the biggest survey of NHS staff, published last month, show that almost two thirds believe there are not enough people in their organisations to enable them to do their job properly.

More than four in 10 also said they feel unwell as result of their job, according to the letter.

Danny Mortimer, chief executive of the NHS Confederation, said it is “deeply worrying” that many medics feel unable to do their jobs properly due to a lack of support.

He said: “We desperately need the Government to give the people working in the NHS hope that the gaps in their teams will be filled in the longer term.

“It is deeply worrying that far too many NHS staff feel that they are unable to do their job properly because they simply do not have enough colleagues to support them.”

The NHS urgently needs extra investment to shore up staff numbers & head off a haemorrhaging of doctors, nurses and other frontline health workers.

Chief executive of NHS Providers, Chris Hopson, has called on the Government to provide a “fully costed” plan.

He said: “We must see a fully costed and funded national workforce plan, so we stop asking NHS frontline staff to bear an unsustainable workload shift after shift, week after week…

“Currently, the NHS cannot consistently give its staff a reasonable workload and the work life balance they need and deserve. That has to change.”

BMA council chair Dr Chaand Nagpaul said a survey by the association found that “almost a fifth of doctors” were considering leaving the NHS for another career.

He said: “There is simply not enough staff and those staff who have been working over the past year are exhausted and in desperate need of some respite.”

Unison head of health Sara Gorton added that a “proper pay rise” is needed to incentivise NHS staff to stay in their jobs and attract much-needed recruits.

#NHSpay – 1% is not acceptable and it’s not a done deal. Help us get a fair pay deal for NHS staff

She said: “Preparation for the future needs investment in both NHS services and staff.

“This means the resources to cope with the backlog, and the funding to give staff the proper pay rise they’ve more than earned.

“Without better wages, experienced staff will be lost and new recruits much harder to attract.”

The letter says that 4.7 million people are waiting for medical care or surgery, and up to 10 million people predicted to need new or additional mental health support as a result of the pandemic.

He said: “Our hardworking NHS staff have gone above and beyond this past year but the reality is that the health service entered the pandemic short of 100,000 staff after a decade of Tory underfunding and cuts.

Committed to supporting the NHS

“It is vital that ministers listen to calls from across the NHS to invest in and increase the numbers of staff, but also show our NHS staff how much we value them with a fair pay rise not an insulting real terms pay cut.”

The Department for Health and Social Care said: “This Government is committed to supporting the NHS and its staff in the fight against Covid and beyond the pandemic through the NHS People Plan.

“There are over 6,600 more doctors and 10,900 more nurses working in our NHS, compared to last year, and we are on track to deliver 50,000 more nurses by the end of this Parliament.

“This means there are more medical students in training than at any other time in NHS history, with nursing applications also up 34 per cent on last year.”