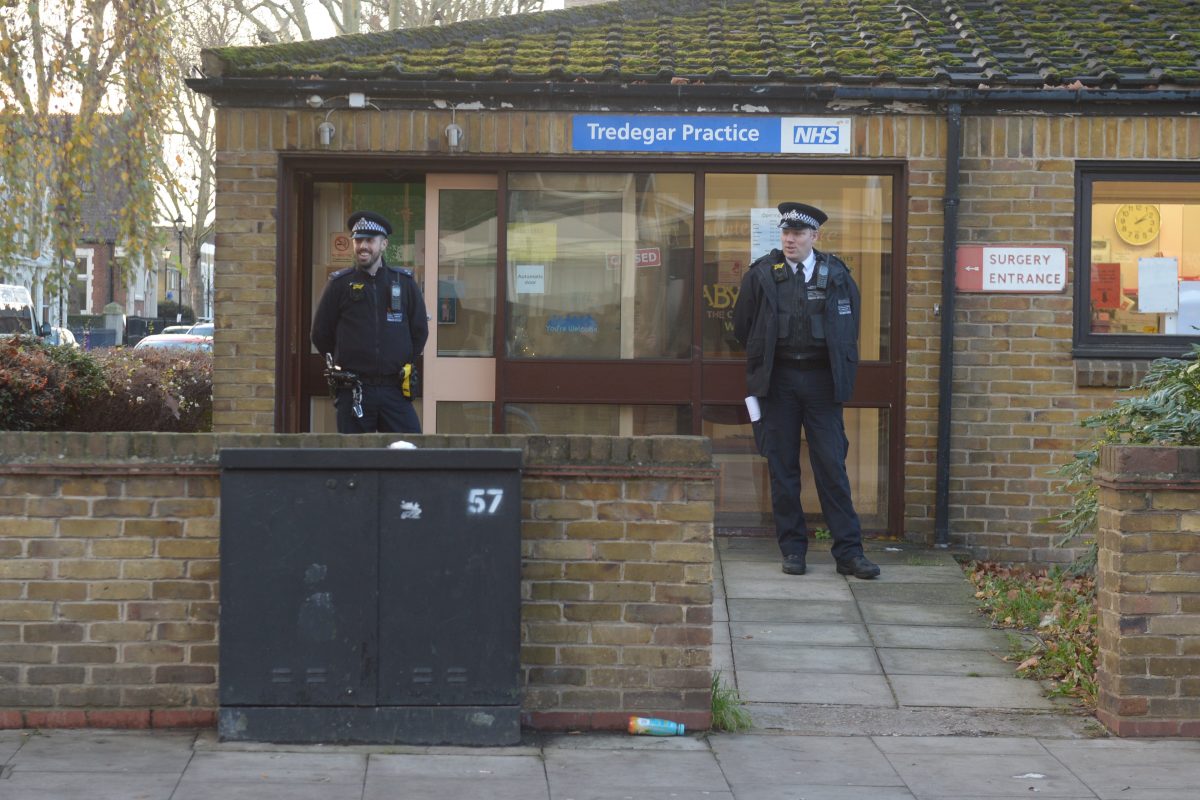 Taxpayers face paying a multi-million pound fine after a psychiatric patient went on a rampage with a kitchen knife, stabbing one nurse “like a piece of meat” before turning on another nurse and stabbing them 17 times.

Oxleas NHS Trust in Kent has admitted two breaches of health and safety laws – which carry a maximum penalty of an unlimited fine.

The Old Bailey heard today that the incident at the Bracton Centre in Dartford, Kent, in 2016 involving schizophrenic Myha Grant lasted around an hour and only finished when armed police stormed the medium security ward.

It was said that Grant was not adequately risk assessed and there was a poor management of knives on the ward which led to him being able to get hold of one from the ward kitchen.

But they deny the Trust was ‘highly culpable’ regarding the two breaches.

The issue is the subject of a Newton Hearing where the Judge presiding over the case will have to decide whether Oxleas NHS Trust is highly culpable for the breaches.

The level of culpability could affect the starting point of the fine, the court heard.

But discounts will be made to take into account the NHS Trust is a publicly funded body.

Deanna Heer, prosecuting, said the prosecution recommended a fine with a starting point of £2.4million, but added the judge could fine the NHS Trust as much as £6million.

In comparison the Oxlea defence team suggest the starting point should be £600,000 with a range of up to £1.5million but add that the decision on culpability should not affect the fine anyway.

Ms Heer said: “There are two issues that remain between the prosecution and the defendant in this case. The first relates to risk assessments.

“The prosecution do not accept the defence’s basis of plea that is was not reasonably practicable for the Trust to have a full document risk assessment and management plans specific to patients prior to their admittance on the Burgess Ward.

“Secondly the Crown do not accept it was not reasonably practical to remove knives from Burgess Ward in their entirety.

“That policy directly contributed to the injuries sustained by two nurses in this case. At no stage hitherto has the court made a direction with respect of those two issues that they make a material difference to sentence.

It was said that psychiatric patient Mr Grant was admitted to the Bracton Centre in Dartford on July 15, 2016. He was transferred from HMP Thameside where he was on remand for smashing a champagne bottle over a mans head the previous month.

Just two days later he pushed his way into a kitchen and used a knife that was being used to make sandwiches to stab two nurses.

He had a violent history of common assault, indecent assault and GBH and had been known to mental health services since 2009. He had a pre-existing diagnosis of schizophrenia and an anti-social personality disorder.

It was said he had assaulted three prison officers at HMP Thameside on July 8 – just over a week before the incident.

When Mr Grant arrived on July 15 to be admitted to the psychiatric hospital, it was initially recommended that he be put on a higher security ward.

But because he appeared “polite, cooperative, settled and calm” staff decided to allow him onto the medium security ward.

A 72-hour care plan completed when a patient first arrives on the ward did not contain any information relating to Mr Grant’s history of violence and aggression, the court heard.

Prosecutors say nurses Paul Ugochukwu and Moreniki Akadiri stated that “violence and aggression would not be addressed until the full care plan was drawn up after an initial 72 hours of observation”.

But ward manager Tom Stevens said it should have been entered onto the form, the court heard.

On the first night of his admission Mr Grant refused to take his medication and told staff his “a doctor had informed him that his 10pm medication had been crossed off.”

The next day he appeared “anxious and unsettled”, refused to take some of his medication and rapped “offensive lyrics” on the ward.

He also shouted out a window to a fellow patient making threats to him and was abusive to a healthcare assistant.

“When he spoke to his primary care nurse he became angry and abusive, shouting that he did not need any ‘fucking help’.

“He continued to rap offensively about ‘raping White bitches’. His behaviour was considered to be of sufficient concern that the unit co-ordination was informed so that a response team could be put on standby.

“Overnight his behaviour continued to be unsettled. He would laugh hysterically for no reason. It was noted there appeared to be a deterioration in his mental state.”

On the morning of the incident, staff were told at 7am to “be careful and watch themselves around him”.

The court heard he spent the morning rapping and pacing around the ward until 11am when a nurse decided to make sandwiches for staff and patients.

It was said Nurse Francis Barrett locked the door behind him, removed a roll of knives from the knife safe and took out a knife while leaving the rest on the side.

He saw a patient and unlocked the door to offer him a sandwich, leaving the knife on the side. As he opened the door he was pushed backwards onto the ground by Mr Grant, who then grabbed the knife from the side and stabbed the staff member in the chest and stomach.

The prosecutor said: “As he was being stabbed, Barrett describes feeling like a piece of meat being prepared for cooking.

“Julius Falomo and Ragini Lakhani were alerted by the sound of Barrett’s screams. They went over to the window to the kitchen where they saw Grant leaning over Barret who was lying on the kitchen floor.

“Falomo pressed his alarm button. At the sound of the alarm Grant stopped. Outside the kitchen, Grant encountered Falomo and began to attack him.”

The court heard Ms Lakhani shut herself into the servery but could hear the screams of her colleague as he was repeatedly stabbed.

A total of four nurses on the ward – including the two that were stabbed – have given statements reporting they suffered psychological trauma and had to attend counselling following the incident.

Nurse Barrett had to have surgery on his arm while Nurse Falomo has permanent multiple scars from being repeatedly stabbed – which have since developed keloids.

Grant, originally from Streatham, south London, pleaded guilty to the attack in February last year and was jailed for 16-years.

But he is currently being kept in hospital under the Mental Health Act and will only serve the jail time if his condition improves.