Floods in West Germany killed hundreds of people and deposited the equivalent of four decades’ worth of waste in the valley. 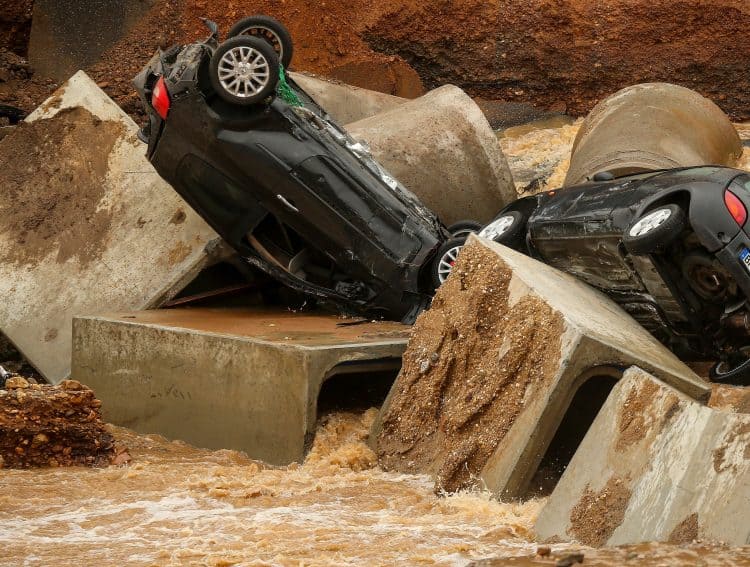 A picture of cars buried in rubble on the back of biblical floods in Germany has been making the rounds on social media as COP26 nears the end of its second week.

Hundreds of people were killed in July as devastating rains hit Western Europe, creating catastrophic flash floods that left thousands of people without access to drinking water, electricity and gas.

According to subsequent research, the record-shattering rainfall that caused the deadly flooding was made up to nine times more likely by the climate crisis.

The study also showed that human-caused global heating has made downpours in the region up to 20 per cent heavier.

Prof Maarten van Aalst at the University of Twente, in the Netherlands, said: “The huge human and economic costs of these floods are a stark reminder that countries around the world need to prepare for more extreme weather events, and that we urgently need to reduce greenhouse gas emissions to avoid such risks from getting even further out of hand.”

But that hasn’t stopped the British media from demonising climate activists who try to demand urgent action.

Speaking on The London Economic’s podcast Unbreak the Planet with Mike Galsworthy, Extinction Rebellion founder Roger Hallam said he wouldhappily join in the protests, even though they disrupt people’s day-to-day lives.

This picture, it would seem, says it all:

Related: ‘More than a storm in a Westminster teacup’: Conservatives no longer UK’s most popular party