“South Africa was the best economy in Africa and every help should be given towards its development.” 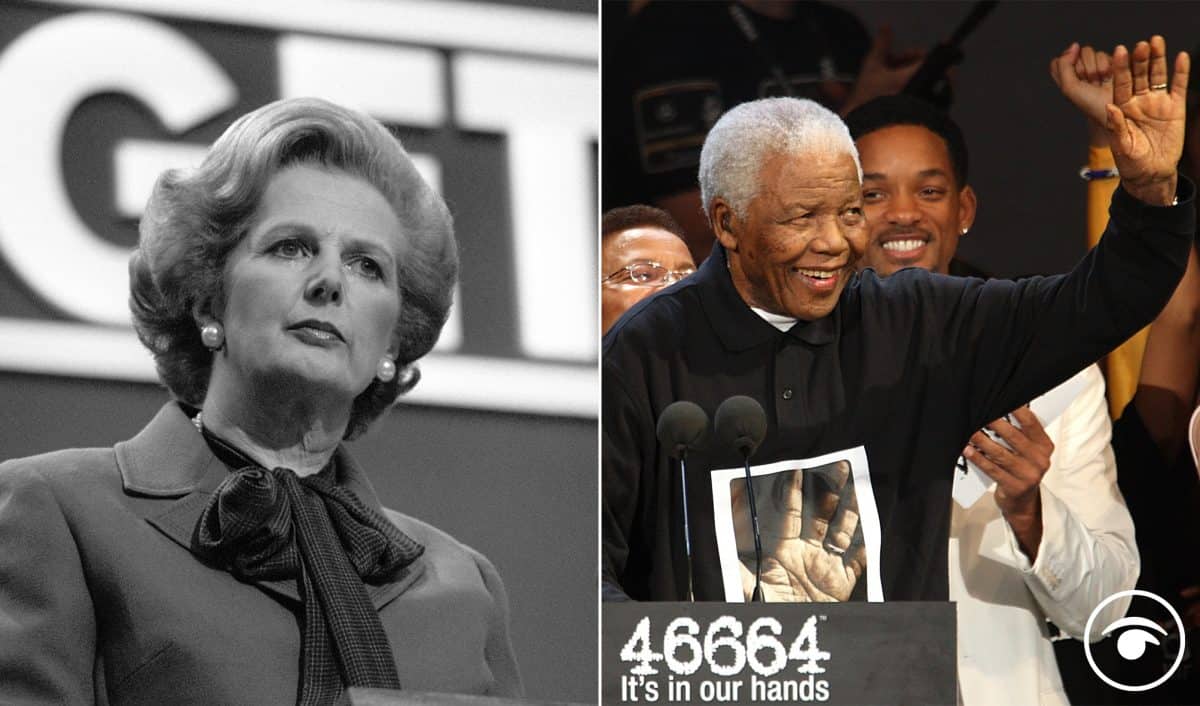 Margaret Thatcher branded the European commission’s plans for a single currency as a “rush of blood to the head”, according to 30-year-old documents released from the Irish government archives. Thatcher also showed her support for apartheid South Africa.

During the discussion with her Irish counterpart Charles Haughey Mrs Thatcher also said anti-apartheid sanctions on South Africa were “irrelevant” as all the countries which purported to apply them ignored them.

The official note paraphrased: “South Africa was the best economy in Africa and every help should be given towards its development.”

Thatcher’s attitude to South Africa has been discussed over many years. Margaret Thatcher believed South Africa should be a “whites-only state”, it was claimed a number of years ago.

The former head of the Diplomatic Service, Sir Patrick Wright, made a number of explosive claims in his account of the former Prime Minister’s time in office.

Extracts from his diaries included claims that Ms Thatcher expressed a desire for a “pre-1910” South Africa.

In the diary entry, Sir Patrick writes the conversation took place over a lunch he was invited to with Ms Thatcher. “She opened the conversation by thrusting a newspaper cutting about Oliver Tambo [ANC president] in front of us, saying that it proved that we should not be talking to him… She continued to express her views about a return to pre-1910 South Africa, with a white mini-state partitioned from their neighbouring black states.”

At the time the Queen was said to be “dismayed” by Thatcher’s lack of compassion for the people of South Africa.

This exact article really did run in the Sunday Times on July 20, 1986, per The New York Times:

“The Queen has been described in recent press reports as worried that Mrs. Thatcher’s firm opposition to sanctions threatened to break up the 49-nation Commonwealth.

Margaret Thatcher also branded the European Commission’s plans for a single currency as a rush of blood to the head.

The British Prime Minister hit out at the “politburo” in Brussels and vowed not to be dictated to, during talks with her Irish counterpart.

The Tory Eurosceptic likened giving away powers of taxation to gifting sovereignty to Europe, Dublin archives from 1990 show.

The Irish Government note recorded that Mrs Thatcher said: “In talking of a single currency, Delors must have had a rush of blood to the head.

“We are not going to have a single currency.”

Jacques Delors was European Commission president at the time and an advocate of deeper integration.

She wanted to turn the Commission into a professional civil service, without the power of initiative, whose job would be to service the Council of Ministers which represents national governments in Europe.

She told Mr Haughey that cultural differences between member states over the internal market in goods would remain.

“The Italians will continue not to pay taxes.”

She accused the European Court of giving more powers to the Commission.

“The days of appointed commissioners must be numbered.

“We must give power to the Council of Ministers.

“I am not handing over authority to a non-elected bureaucracy.”

Mr Haughey said the Commission was contacting Irish local authorities and inviting groups over to Brussels.

“They are going behind the back of the Government.”

Mrs Thatcher said the deciding body must be the Council of Ministers.

“We must take away the power of initiative of the Commission.

“I am getting completely fed up with the European Community trying to tie us up with bureaucratic regulations.”