Medical unions and Labour criticised the Government’s handling of the programme, which they said had not made enough progress in care homes. 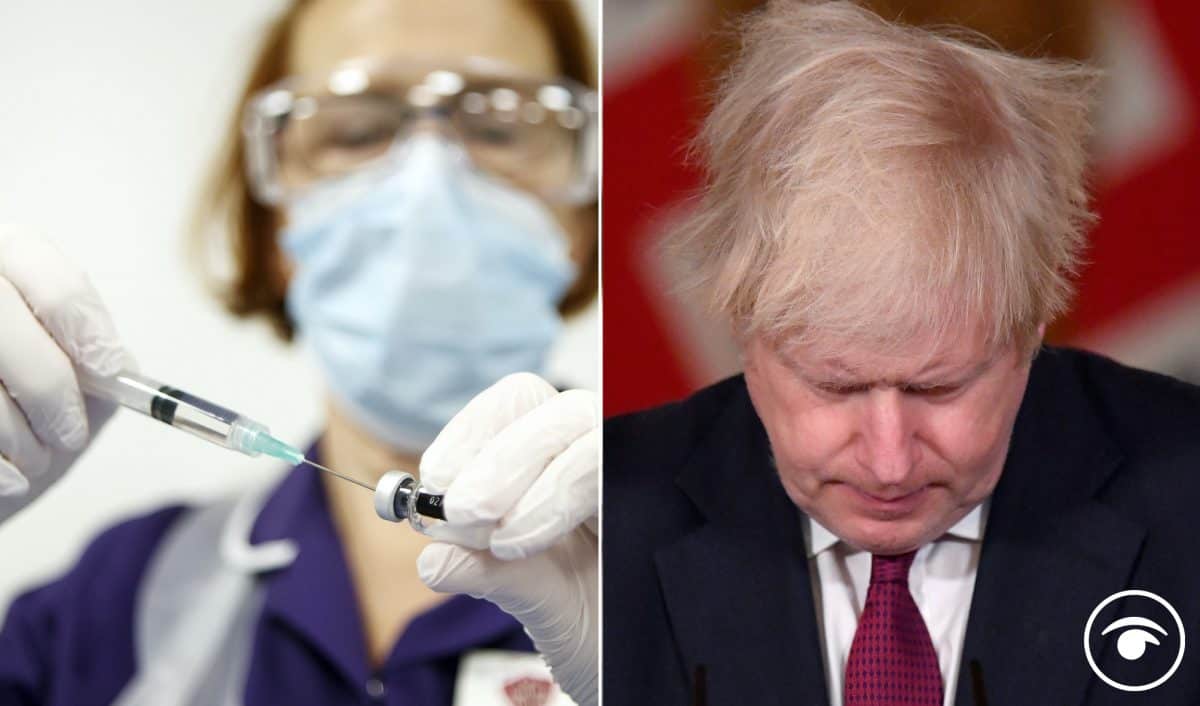 The boss of the firm behind the Oxford/AstraZeneca Covid-19 vaccine has raised hopes it is more effective than first thought amid the rapid spread of the UK virus strain across the globe.

AstraZeneca chief Pascal Soriot told the Sunday Times he believed researchers had found the “winning formula” using two doses and promised to publish the results as reports suggested the UK regulator could approve the jab within days.

The claim will come as some relief even as Canada became the latest country to identify cases of the new highly infectious variant of coronavirus, which was first detected in the UK and has since spread to at least a dozen countries.

And Chancellor Rishi Sunak praised vaccination efforts so far, telling the Mail on Sunday: “There will be tough days and months ahead, but there are reasons to look ahead to a brighter future and what 2021 promises.

Light at end of tunnel

“The early roll-out of vaccines – and the incredible work of our scientists and NHS – means we can now see light at the end of the tunnel with this pandemic.”

But medical unions and Labour criticised the Government’s handling of the programme, which they said had not made enough progress in care homes.

Nadra Ahmed, chairman of the National Care Association, told the Sunday Mirror the Pfizer/BioNTech roll out was going to be “difficult” but added: “It’s another case of the massive over-promise on something that just cannot be delivered. It’s constant.”

And Labour shadow health secretary Jonathan Ashworth told the paper there was a “race against time” to vaccinate enough people as he urged the Government to avoid what he said were “the same mistakes again” in being “too slow” to protect care home residents – a veiled reference to PPE and hospital discharges.

On Christmas Eve, the Department of Health and Social Care said more than 600,000 people had received their first dose of a Covid-19 vaccine, but the roll-out in care homes has been limited to seven areas.

It added larger care homes with 50 to 70 beds would be prioritised first, with around 2,900 care homes of this size in England.

The new variant, which was blamed for soaring rates across the country before the wider imposition of stricter Tier 4 measures in swathes of England on Boxing Day, continues to drive high case rates with another 34,693 reported on Saturday.

Cases of the variant strain have been confirmed across Europe including in France, Spain, Denmark, Italy, Iceland, Switzerland, Sweden and the Netherlands, as well as around the globe in Australia, Japan and Lebanon.

And Dr Barbara Yaffe, the associate chief medical officer of Canada’s Ontario province, said the first two confirmed cases were a couple from the country’s Durham region with no known travel history, exposure or high-risk contacts.

People living in Ontario, like those in Scotland, Northern Ireland, Wales and much of England, are now living under lockdown measures aimed at curbing the spread of the virus.

In Wales, the Cardiff and Vale University Health Board put out an appeal on social media calling for “assistance from medical students or other staff groups who have previously supported with proning patients”, the process where people are turned onto their front to help with breathing.

As new lockdown measures came into force on Boxing Day, the annual sales rush looked to have suffered a sharp decline with high streets and city centres in the worst hit areas deserted.

More than six million people in east and south-east England went into the highest level of restrictions, which now affects 24 million people representing 43% of the population.

Areas that moved to Tier 4 are Sussex, Oxfordshire, Suffolk, Norfolk and Cambridgeshire, parts of Essex not yet in the highest tier, Waverley in Surrey and Hampshire, with the exception of the New Forest.

Tier 4 restrictions include a warning to stay at home, a limit on household mixing to two people outdoors and force the closure of many shops, hairdressers and gyms.

The measures come on top of Tier 3 restrictions such as the closure of pubs and restaurants except for takeaways and deliveries.

Mainland Scotland entered Level 4 restrictions from Saturday, with the Scottish Government intending the increased measures to last for three weeks.

In Northern Ireland, the first week measures are the toughest yet, with a form of curfew in operation from 8pm, shops closed from that time and all indoor and outdoor gatherings prohibited until 6am.

Non-essential retail will close throughout the next six weeks, as will close-contact services, while hospitality outlets will be limited to takeaway services.

Related: ‘Highly concerning’ variant of Covid from South Africa in UK as highest number of cases in a day recorded