Three have been arrested following the event which was attended by hundreds of people. 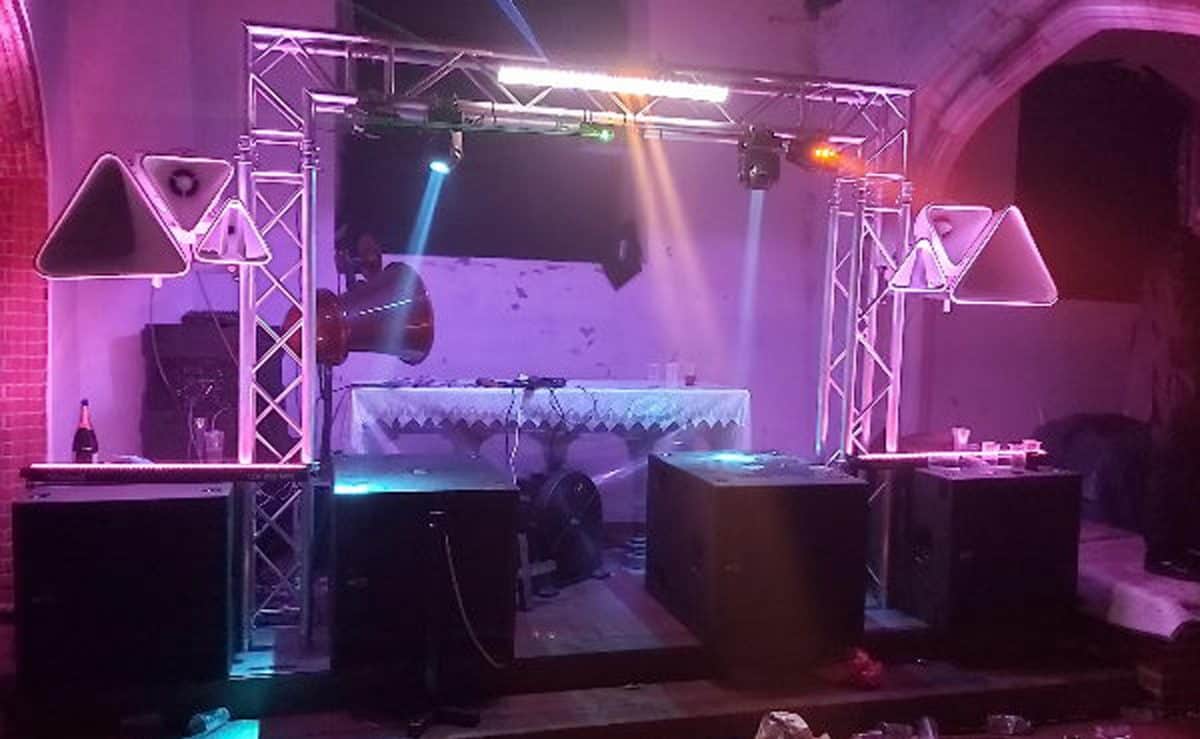 Three people have been arrested after an unlicensed music event on New Year’s Eve during which hundreds of revellers trashed a 500-year-old church in Essex.

Members of the conservation group that supports All Saints Church in East Horndon – a Grade II* listed building – said they are “devastated” by the damage caused and estimate repairs could cost more than £1,000.

Organisers of the event set up a bar and DJ decks inside the church and hired Portaloos for partygoers.

Essex Police said officers had been threatened and had objects thrown at them while trying to engage with those present.

Astrid Gillespie, a volunteer for the Friends of All Saints, said she was “just trying to get her head round the news”, having found out via a Facebook post on New Year’s Day.

“I went up there and the police were still there packing up the equipment that they seized,” she told the PA news agency.

“There were hundreds of people there, it sounded like it was a ticketed event. It was a professional set-up, they’d hired Portaloos – they’re still there.

“They had a bar area where you had to exchange tokens, so they must have been selling drinks tokens.

“There was loads of evidence of drugs and they’ve done damage to the church, obviously it’s a mess and needs to be completely cleaned out.

“The ground has been all churned up because they must have had vans dropping off all the equipment.”

Ms Gillespie, 48, said a small window had been smashed to put in an extractor fan unit and the sound equipment had been wired into the church’s fuse box.

She added that because of the building’s age and heritage status, the damage was “not going to be cheap” to fix, and that the locks would have to be replaced.

“The vicar is going to organise a preliminary clean-up but it’s a huge task and we’re estimating £1,000 but it could well be more,” she said.

“I love the place, it’s such a beautiful church, and to find out it’s been damaged is devastating, I’m just trying to get my head around it.

“You wake up in the new year and think ‘new year, new me” and then you’ve got to deal with all this.”

Police said the crowds at the church were dispersed before midnight and that three arrests had been made.

A 27-year-old man from Harlow was arrested on suspicion of possession with intent to supply class A drugs, a public order offence, and of offences under new coronavirus regulations.

A 22-year-old man from Harlow was arrested on suspicion of a public order offence, possession of cannabis, and of offences under coronavirus regulations.

A 35-year-old man from Southwark was also arrested on suspicion of possession of class A and class B drugs.

Officers from the force shut down a number of unauthorised events on New Year’s Eve and handed out organiser fines and fixed penalty notices totalling £18,000.