One MP said they were told that cases are doubling every seven days in the capital. 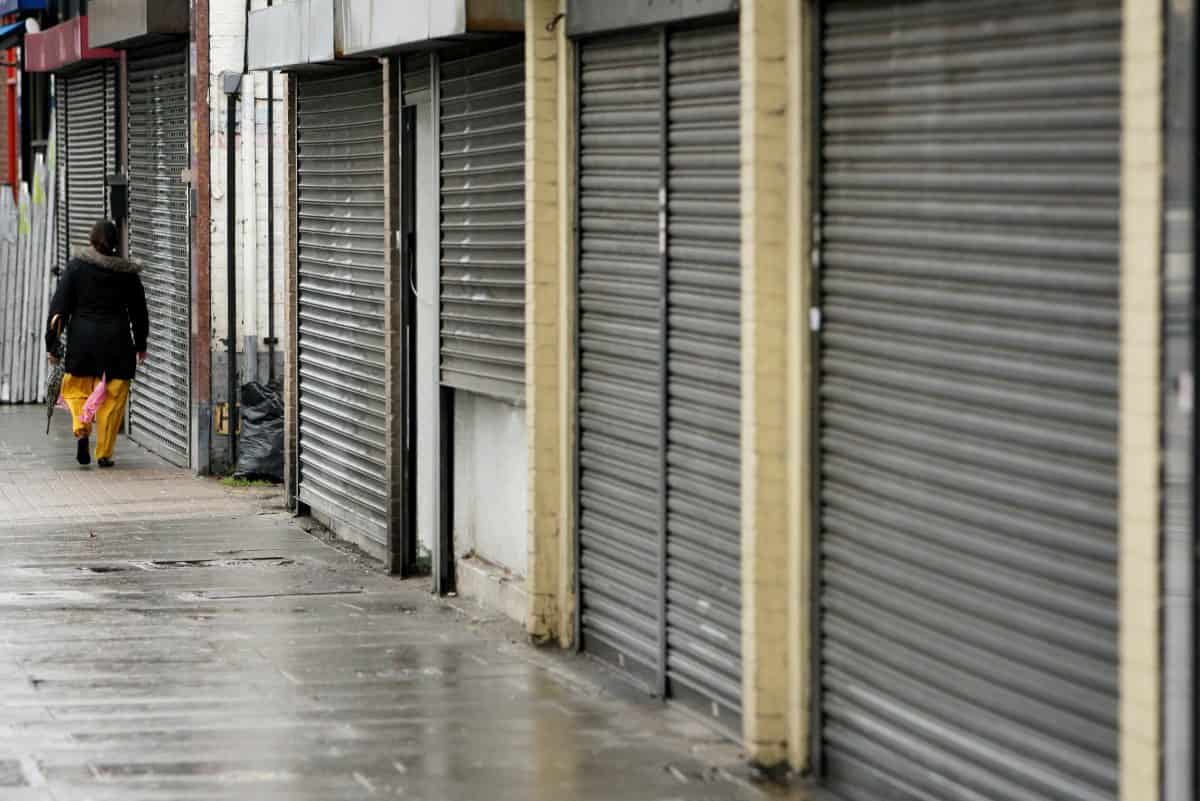 London will move into the highest tier of coronavirus restrictions from Wednesday as a result of soaring case rates. It comes as a new variant of the virus is identified, and it may be associated with a faster spread in the south of England, the Health Secretary has said.

Speaking in the Commons this afternoon Matt Hancock announced:

“We have identified a new variant of coronavirus, which may be associated with the fastest spread in the south-east of England. Initial analysis suggests that this variant is growing faster than the existing variants. We’ve currently identified over 1,000 cases with this variant, predominantly in the south of England, although cases have been identified in nearly 60 different local authority areas, and numbers are increasing rapidly.”

The WHO has been notified, he added.

Along with London new tier restrictions are also expected to apply to parts of Essex and Hertfordshire.

MPs briefed on the plans said a sharp rise in cases meant Mr Hancock was unable to wait until the scheduled review of England’s tiers on Wednesday.

One MP said they were told that cases are doubling every seven days in the capital.

It follows warnings from London Mayor Sadiq Khan that Tier 3 restrictions – which will involve the closure of pubs and restaurants except for takeaway and delivery services – would have a “catastrophic” economic impact.

Mr Khan had suggested closing schools in the capital early for the Christmas break and returning later in January in an effort to curb the spread of the virus.

The Labour mayor said imposing the toughest tier across the capital would be a “blunt instrument”, arguing that the rise in cases was not linked to hospitality venues but was instead due to a significant increase in schools and colleges.

A move to Tier 3 will see almost 14,000 pubs, bars, restaurants and cafes in the capital forced to close or be restricted to takeaway services.

Analysis by real estate advisers Altus Group said more than 1,500 hotels and guest houses would also have to shut, with a few limited exceptions.

But in Tier 3, shops will remain open, despite concerns raised about packed streets in the run-up to Christmas.

The next review of the tiers is expected on December 23, a week earlier than planned.

Meanwhile the Government continued efforts to deploy the vaccine, with family doctors in England starting to administer jabs.

GP practices in more than 100 locations were expected to start administering the Pfizer/BioNTech vaccine on Monday afternoon, with the over-80s among those called up to receive the jab.

Care home residents in Scotland began to receive the Pfizer vaccine on Monday, while those in England’s care homes can expect to see roving teams administer the jab from later this week.

Dr Nikita Kanani, director of primary care at NHS England, urged all those expecting to receive the vaccine to be patient and wait to be called up by their GP.

“There’s a huge range of things that general practices are already doing so if we can ask for people to just wait a moment and wait to be contacted that would be very appreciated,” she told BBC Radio 4’s Today programme.

The vaccination centres will operate from doctors’ surgeries or community hubs in villages, towns and cities, and come after more than 70 UK hospital hubs began administering jabs.

GP leaders have warned that the requirement to observe patients for 15 minutes after the jab poses a challenge for some practices with limited space, especially while also observing social distancing rules.

Some GP surgeries have turned to their communities to ask for help, requesting outdoor marquees or tents that can be heated so the observations can take place outside.

It comes as experts issued fresh warnings about families and friends meeting for Christmas – which is widely expected to result in a spike in cases.

Under the rules, people will be able to form a “Christmas bubble” between December 23 and 27 made up of people from no more than three households.

She told ITV’s Good Morning Britain: “This is the worry about Christmas because once you enter somebody’s home, you’re probably going to get the virus if someone else there has it.”

Gabriel Scally, professor of public health at Bristol University and member of Independent Sage, also urged people to think about whether it was sensible to meet indoors and said there should be “no hugging”.

He added: “Can you meet outdoors, can you go out for a walk together? Can you do something else?

“If you are going to meet indoors, well then we’ve got a problem because a lot of our homes are not well ventilated these days.”

However, Professor Paul Hunter, from the University of East Anglia, said gatherings are a “tolerable risk”, adding that shops and schools will be closed over the festive period and people will not be going to work, all driving down the R rate.

“It does carry with it a risk but, looking at the other side of things, January is generally a very bad month for people’s mental health,” he said.

“If being able to meet up in as safe a way as possible with your loved ones over Christmas gives you that extra strength to carry on until we’re able to get a lot more relaxed over spring, then I think that is a tolerable risk that I think we could accept.”

Boris Johnson’s official spokesman said: “There are no plans to review the Christmas guidance.

“What we’ve said alongside that is that the public should continue to be cautious.

“I think the Prime Minister said it’s the season to be jolly careful and we would emphasise that we should continue to do that.”