A new tool has been released which reveals how individual schools have been hit by government cuts. Some £2.8 billion has been cut from school budgets since 2015. That equates to an average of £54,000 cut per primary school and 205,600 per secondary school. A new School Cuts App shows what schools in your community […] 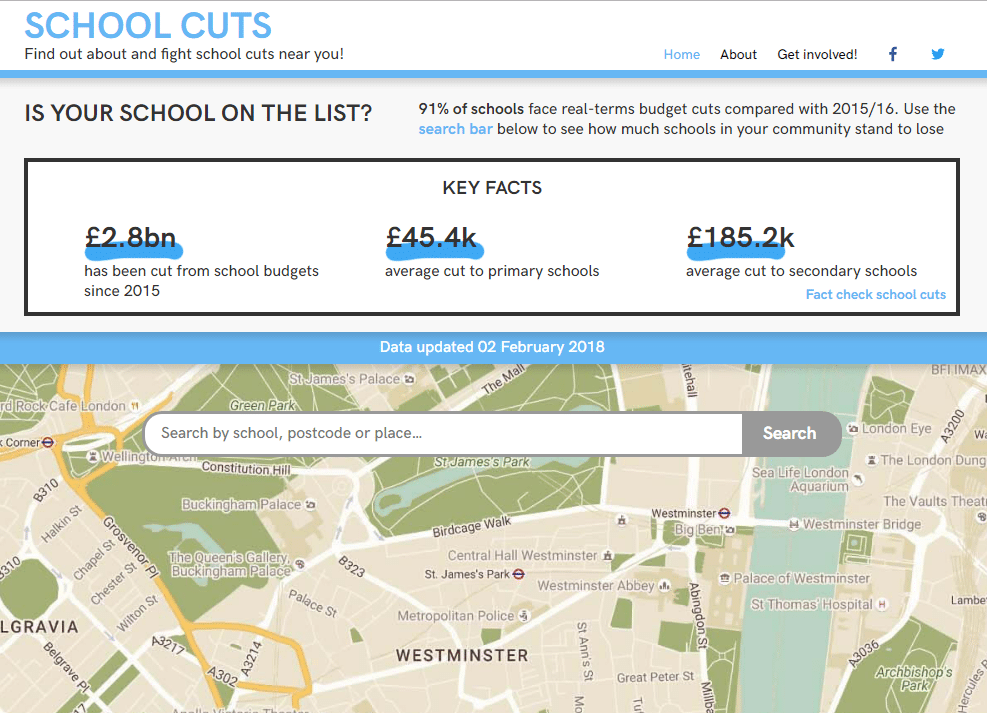 A new tool has been released which reveals how individual schools have been hit by government cuts.

A new School Cuts App shows what schools in your community will lose by 2020, with some in line for cuts of over £250 per pupil as classroom sizes balloon and funding is withdrawn.

The app leads users to a campaign against school cuts been driven by a number of industry bodies such as GMB, UNISON and Unite.

Enter your local school in the search here to see how it will be affected by the cuts.