New species can develop in as little as two generations and the findings would have left Charles Darwin excited , researchers revealed. Scientists say the arrival 36 years ago of a strange bird to a remote island in the Galapagos provides direct genetic evidence of their claims. The newcomer, which belonged to one species, mated […] 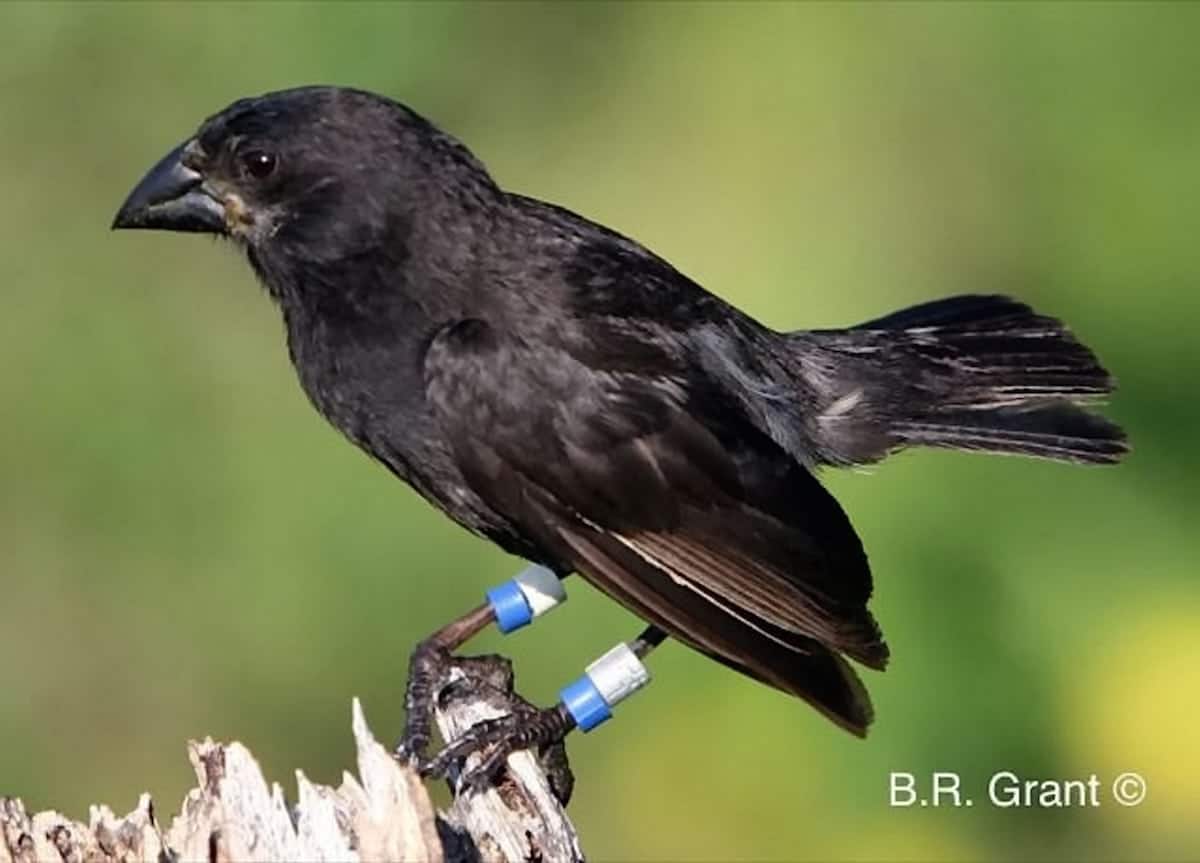 New species can develop in as little as two generations and the findings would have left Charles Darwin excited , researchers revealed.

Scientists say the arrival 36 years ago of a strange bird to a remote island in the Galapagos provides direct genetic evidence of their claims.

The newcomer, which belonged to one species, mated with a member of another species on the small island of Daphne Major in the Pacific Ocean.

This produced a new species, known as the “Big Birds”, that now consists of roughly 30 birds, according to researchers from Princeton University and Uppsala University in Finland.

The study, published in the journal Science, followed work carried out over the last four decades on Darwin’s finches in the Galapagos Islands.

Rosemary Grant, senior biologist at Princeton in the US, said: “Through our work on Daphne Major, we were able to observe the pairing up of two birds from different species and then follow what happened to see how speciation occurred.”

The newcomer, a male with an unusual song which was larger in size than the three resident species on the island, was spotted in 1981.

Peter Grant, a professor of ecology and evolutionary biology at Princeton, said: “He was so different from the other birds that we knew he did not hatch from an egg on Daphne Major.”

The researchers took a blood sample and released the bird, which later bred with a resident medium ground finch of the species Geospiz fortis, starting a new lineage.

The Grants and their research team followed the new “Big Bird lineage” for six generations, taking blood samples for use in genetic analysis.

In the current study, researchers analysed DNA collected from the parent birds and their offspring over the years.

They discovered that the original male parent was a large cactus finch of the species Geospiza conirostris from Española island, more than 100km away.

The distance meant the male finch could not return home to mate with a member of his own species, so chose a mate from among the three species on Daphne Major.

This reproductive isolation is considered a critical step in the development of a new species when two separate species interbreed, the scientists said.

The offspring were also reproductively isolated as their song, used to attract mates, was unusual and failed to attract females from the resident species.

They also differed from the resident species in beak size and shape, which is a major cue for mate choice.

This led the offspring to mate with members of their own lineage, strengthening the development of the new species.

But in the Big Bird lineage, it happened in just two generations, according to observations made in the field, along with the genetic studies.

The researchers say a striking aspect is that after just two generations, the new lineage behaved as any other species of Darwin’s finches would.

Leif Andersson, a professor at Uppsala University in Sweden, said: “A naturalist who came to Daphne Major without knowing that this lineage arose very recently would have recognised this lineage as one of the four species on the island.

“This clearly demonstrates the value of long-running field studies.

“We have no indication about the long-term survival of the Big Bird lineage, but it has the potential to become a success, and it provides a beautiful example of one way in which speciation occurs.

“Charles Darwin would have been excited to read this paper.”

The scientists said it is likely that new lineages like the Big Birds have originated many times during the evolution of Darwin’s finches.

The majority of these lineages have gone extinct but some may have led to the evolution of contemporary species, they concluded.