Barcelona has adopted a new set of smoking fines - in line with other parts of Spain - which heavily punish those who spark-up on the sand. 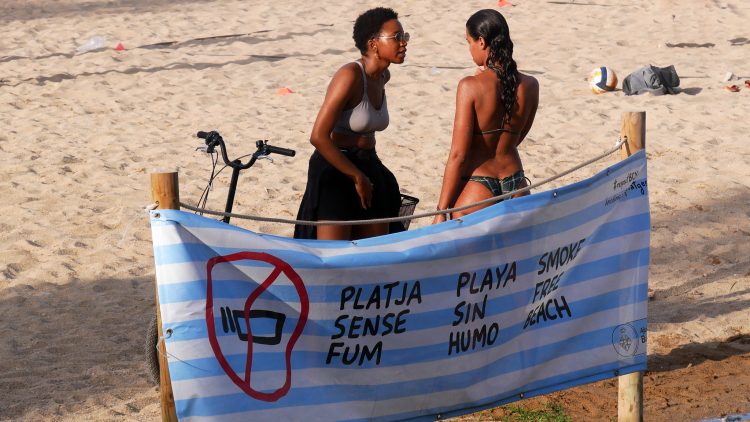 British sun-seekers making their way to Spain this summer have been warned about a new set of smoking fines introduced for a number of popular beaches across the country – which could see offenders fined anywhere between £30 to £1,700.

The ‘smoke-free’ initiative looks to OUTLAW the use of ciggies on the seafront. Barcelona became the latest location to introduce this legislation, after the Spanish Parliament gave every municipality the right to impose maximum penalties above four-figures.

Barcelona’s City Council issued a statement this week, explaining that the move will now rid their golden sands of ‘smoke and cigarette butts’. Those who contravene the rules in Catalonia will face a smaller fine, but the rules vary across the country

Spanish beaches ‘drawing a line in the sand’

The latest legislation follows something of a crackdown on bad behaviour in Spain. Already this year, a number of all-inclusive resorts introduced limits on how much guests could drink. Some resorts have also imposed bans on football shirts and swimwear in restaurants.

“Following the positive results of the pilot test carried out last summer on four of the city’s beaches, Barcelona City Council is now working to extend the smoking ban to all its beaches and the Forum’s bathing area.”

“This ban is based on environmental protection and the right of citizens to enjoy a clean public space, free of smoke and cigarette butts, as well as on maintaining positive community life and protecting the health of individuals, especially the most vulnerable.”