Network Rail is facing demands for answers after two workers were killed by a train on a section of track in south Wales. Transport Secretary Chris Grayling said there will be an investigation into how the fatal crash happened on Wednesday morning near Port Talbot. A third casualty was treated for shock at the scene […] 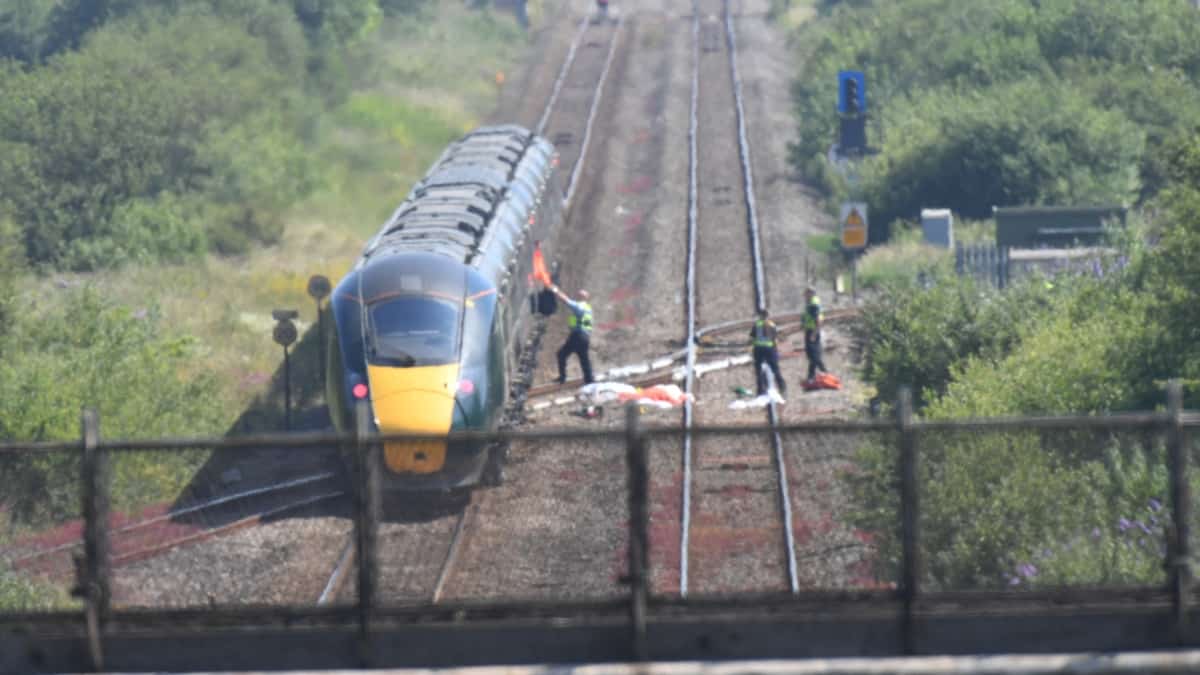 Network Rail is facing demands for answers after two workers were killed by a train on a section of track in south Wales.

Transport Secretary Chris Grayling said there will be an investigation into how the fatal crash happened on Wednesday morning near Port Talbot.

A third casualty was treated for shock at the scene but was uninjured.

British Transport Police (BTP) said it was too early to confirm whether the section of railway between Pyle and Port Talbot was being treated as a crime scene, but confirmed forensics officers were in place scouring for information.

Network Rail Wales route director Bill Kelly said the railway network owner was “shocked and distressed” by the “dreadful accident”, and added that it was “fully cooperating” with investigators.

He added: “Our thoughts are with the families of our colleagues and our members of staff who will be affected by this tragic loss, and we will provide all the support we can.”

Union bosses called for a full investigation into the deaths, which involved the 9.29am service from Swansea to London Paddington, a 10-carriage GWR Intercity Express Train, and one of 93 in the fleet.

Manuel Cortes, Transport Salaried Staffs’ Association general secretary, said: “It’s too early to speculate about what has happened here but clearly something has gone badly wrong.

“There must now be a full investigation because it is simply not acceptable that in the 21st century people go out to work and end up losing their lives.

“Our Network Rail members, together with everyone else at the company, do so much to keep our railways running smoothly. They must be able to do this in a safe environment.

“Safety on our railways is paramount and sadly, as today’s tragic events show, it can never be taken for granted.”

Mick Cash, general secretary of the Rail, Maritime and Transport (RMT) union, said: “This is shocking news. RMT is attempting to establish the full facts but our immediate reaction is that this is an appalling tragedy and that no-one working on the railway should be placed in the situation that has resulted in the deaths that have been reported this morning.

“As well as demanding answers from Network Rail and a suspension of all similar works until the facts are established, the union will be supporting our members and their families at this time.

“Our thoughts are with those involved in this incident and their loved ones.”

Network Rail was unable to confirm definitely whether or not works were being carried out on the track at the time of the deaths.

The incident resulted in cancelled trains, with replacement busses being put on for rail passengers.

BTP officers remain at the scene, which is protected by a large cordon.

Investigators from the Rail Accident Investigation Branch (RAIB) and the Office of Rail and Road (ORR) have also attended.

BTP Superintendent Andy Morgan said: “We are making a number of urgent inquiries to understand exactly what happened in the moments leading to this fatal collision.

“Very sadly two people have died and my officers are now working to identify them and ensure that their families are supported at this incredibly difficult time.”

“There will be an investigation into how this accident happened and I will ensure lessons are learned.” 2/2

A man who said he worked at the nearby Tata steelworks told PA: “I didn’t see a great deal, by the time I got close paramedics were giving one of the workers CPR, but he sadly passed away.

“The other worker had already passed away.”

“This is awful news, and my thoughts are with the families of all concerned.”