By Rose Taylor A hospital in Nepal that has barely emerged from the ravages of last April’s earthquake is struggling to stay open because of the continuing fuel shortage caused by a trade blockade. Operations have been cancelled at Anandaban Leprosy Hospital as have outreach clinics held in remote villages where patients affected by leprosy […] 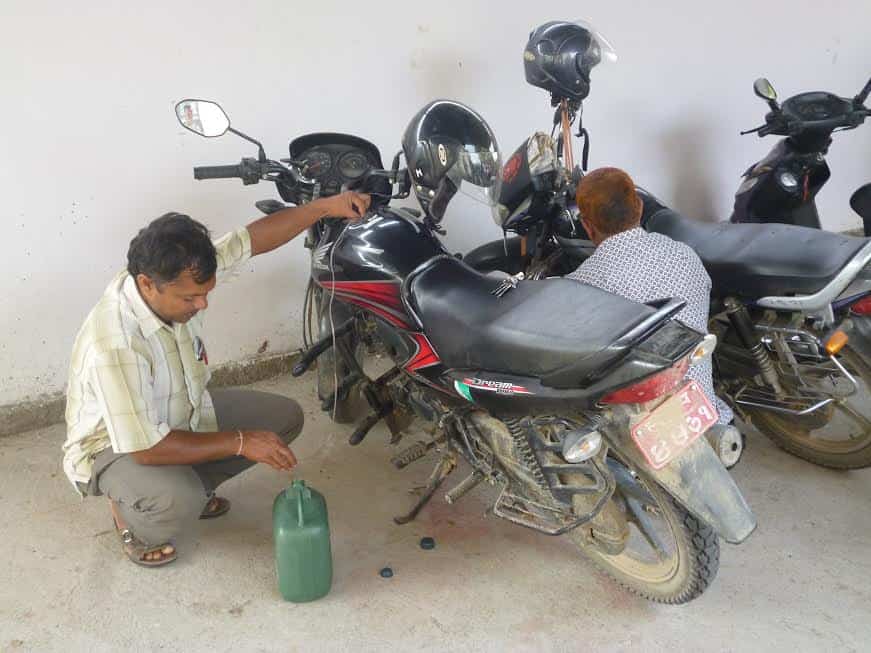 A hospital in Nepal that has barely emerged from the ravages of last April’s earthquake is struggling to stay open because of the continuing fuel shortage caused by a trade blockade.

Operations have been cancelled at Anandaban Leprosy Hospital as have outreach clinics held in remote villages where patients affected by leprosy receive diagnoses, treatment and after-care.

Shovakhar Kandel, Nepal Country Director with The Leprosy Mission, which supports the hospital said: “Many operations have been cancelled, including reconstructive surgery on leprosy patients with deformities on arms and legs.

“Worse still, patients have not been able to come to the hospital because there are very few buses running because of the fuel shortage. And the ones that run are crammed with around 100 people where it used to carry 25 to 30 people.”

The trade blockade which has seen the daily trail of lorries carrying fuel and supplies from India trickle down to single numbers began on 23 September. Nepal blames its neighbour for the undeclared blockade. But India says Madheshi protesters within the Himalayan country’s border have been preventing trucks entering, in protest at Nepal’s new constitution because which they believe fails to reflect their interests.

Whatever the reasons, the outcome has been a shortage of fuel and rocketing prices of everyday commodities such as rice, lentils, vegetables and cooking oil as a result of the soaring cost of transport. Anandaban, in Lalitpur, provides general medical treatment for a population of some six million people in the central region. It is also a specialist leprosy hospital where treatment, reconstructive surgery, physiotherapy and prosthetics are provided. There is also a division where research is conducted into what causes leprosy.

According to World Health Organisation figures some 3,500 new cases are diagnosed in Nepal each year and more than 30,000 people live with disability caused by leprosy who require medical and surgical rehabilitation.

In April last year when the country was hit by a 7.8magnitude earthquake that killed almost 9,000 people, injured some 22,000 and destroyed or damaged more than a million homes, sections of Anandaban hospital suffered structural damage and dozens staff homes were damaged or destroyed.

In the months that followed the hospital was a key player in the distribution of emergency aid including providing corrugated iron sheets for families to build temporary shelters.

The fuel emergency is putting further strain on the hospitals resources and its ability to care for its patients, Shovakhar said: “Cooking gas is no longer available so we are cutting down trees for use in the kitchen to cook meals for patients and staff.

“It’s a last resort because we know it does not help the environment. But we have no choice.”

The hospital, which is supported with funds by The Leprosy Mission England and Wales and its partners around the world, is having to pay very high prices for fuel to keep the power on in vital area such as fridges and laboratories where medicines and samples are stored.

“We need 100 litres of fuel a day just to operate the generator which kicks in when the electricity goes off, as it does routinely,” he said.

“We now depend on electricity for everything.

“For the doctors and nurses there is huge frustration as we still have to deliver critical services. We cannot close the doors. We are managing only a minimum level of service at the moment. Life is getting harder and harder.”

Another casualty is the weekly satellite clinics held in remote villages where patients are diagnosed, treated, have their ulcers dressed and receive physiotherapy.

But refuelling the hospital’s vehicles to transport staff to the outreach clinics has proved a challenge with little fuel available anywhere in the country. On occasions staff drive their motorbikes across the border to fill up so the fuel can be syphoned and use in cars for urgent journeys.

Shovakhar said: “We’ve been able to hold just one clinic a month. It means cases of leprosy go untreated which can have serious implications for the patients.”

Leprosy is a bacterial infection that is prevalent in areas of high poverty and poor hygiene. Although easily curable with multidrug therapy – a combination of rifampicin, clofazimine and dapsone tablets – the stigma surrounding the disease forces many sufferers to hid their symptoms, for fear of being ostracised by their communities. If symptoms are not treated at the earliest it can lead to disabilities and deformities.

For more information about leprosy go to www.leprosymission.org.uk