Why we all need to demand an end to the secret Tory NHS ‘capped expenditure process’ hit-list        By Jonathan Ashworth, Shadow Health Secretary    A weak Prime Minister and unstable government have this week been forced to allocate extra cash to Northern Ireland in return for votes in the House of Commons. There isn’t a penny […] 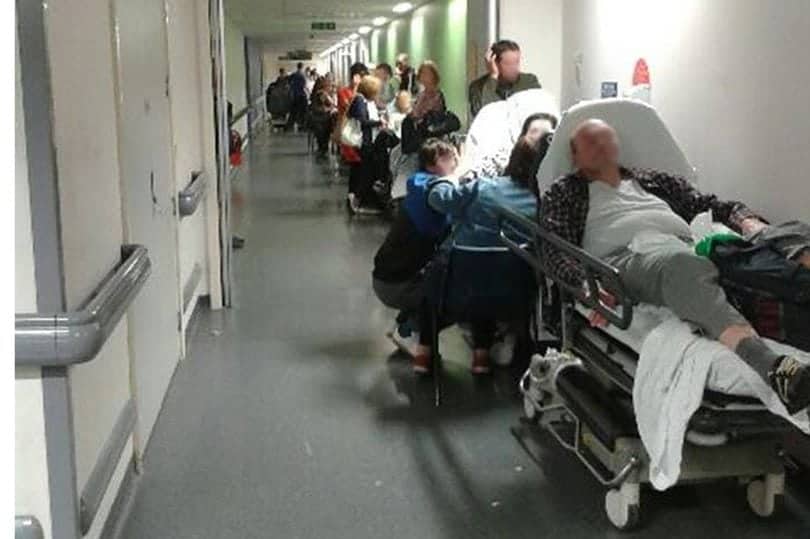 A weak Prime Minister and unstable government have this week been forced to allocate extra cash to Northern Ireland in return for votes in the House of Commons.

There isn’t a penny piece extra, however, for public services in the rest of the UK. In fact, and with the ink barely dry on this cash for votes deal, Health Secretary Jeremy Hunt is preparing a fresh round of NHS cuts which will have devastating effects for local communities across England.

You may not have heard of this new NHS “Capped Expenditure Process” but you soon could very well be affected by the implications. They mean reductions and rationing of NHS services, waiting times lengthening and a postcode lottery for your healthcare.

Fourteen areas across England have been identified for these cuts and reduction. Neither Jeremy Hunt nor the Department of Health have had the courtesy to explain to people of the impact of these cuts, indeed it is understood that NHS bodies were ordered not to talk publicly about the process with any local patient groups, NHS staff or the public. But a list of the areas affected was leaked to Health Service Journal recently.

It amounts to secret Tory hit-list of NHS cuts with appalling outcomes for people all across the country.

NHS managers have been instructed to “think the unthinkable” to find savings. The spending reductions will see waiting times drawn out, wards closed, staff numbers cut, units shut and treatments rationed or restricted and in the words of one NHS manager will “challenge the value base” of NHS leaders.

So far details of two local cuts plans have been leaked by whistle-blowers.

In Cheshire, the proposals include a twenty five per cent reduction in endoscopies, reducing the number of prescriptions given out across the area, and a £900,000 cut to mental health treatment.

In North London, a £183m savings drive will see unspecified new limits to treatment for patients with back pain, a £2m cut to the Continuing Healthcare scheme, which includes support for people with brain damage, and the possibility of some hospital units, including A&E and maternity, being closed altogether.

The process is shrouded in secrecy and the Government have hidden the full details from the public.

We still do not know who is charged with drawing up each local plan, who chose which local areas would have to make extra cuts, or when confirmation of the plans will be published.

It’s a scandal that, whilst the election campaign was going on, the Tory NHS hit list was being rushed through in secret, ready for sign-off, for any incoming Tory Health minister.

Across the country patients and their families are living in fear that local services they rely on will be cut back to plug the Tories’ NHS black hole.

Later this week in the House of Commons, I will be calling on Jeremy Hunt to come clean and explain when he signed off the decision to introduce the capped expenditure process in the NHS, and why he decided to keep it quiet until after the election.

We’ll be demanding to know why some geographical areas will be forced to make deeper cuts than others. It looks a clear breach of the NHS Constitution to tell some patients that they can’t have access to treatments or medicines which are available to their friends and neighbours up the road.

And I’ll be calling for an immediate cancellation of these Tory cuts plans.

The Tory Government have forced the NHS through the biggest bout of austerity in its history and this latest round of reductions and rationing is the inevitable dismal result.

The Tories are running down the NHS and undermining its most basic principles. Enough is enough. Only Labour is committed to giving the NHS the funding it needs to provide the best possible service, no matter who you are and where you live.