The group said its 531 Carphone Warehouse shops in the UK will shut on April 3. 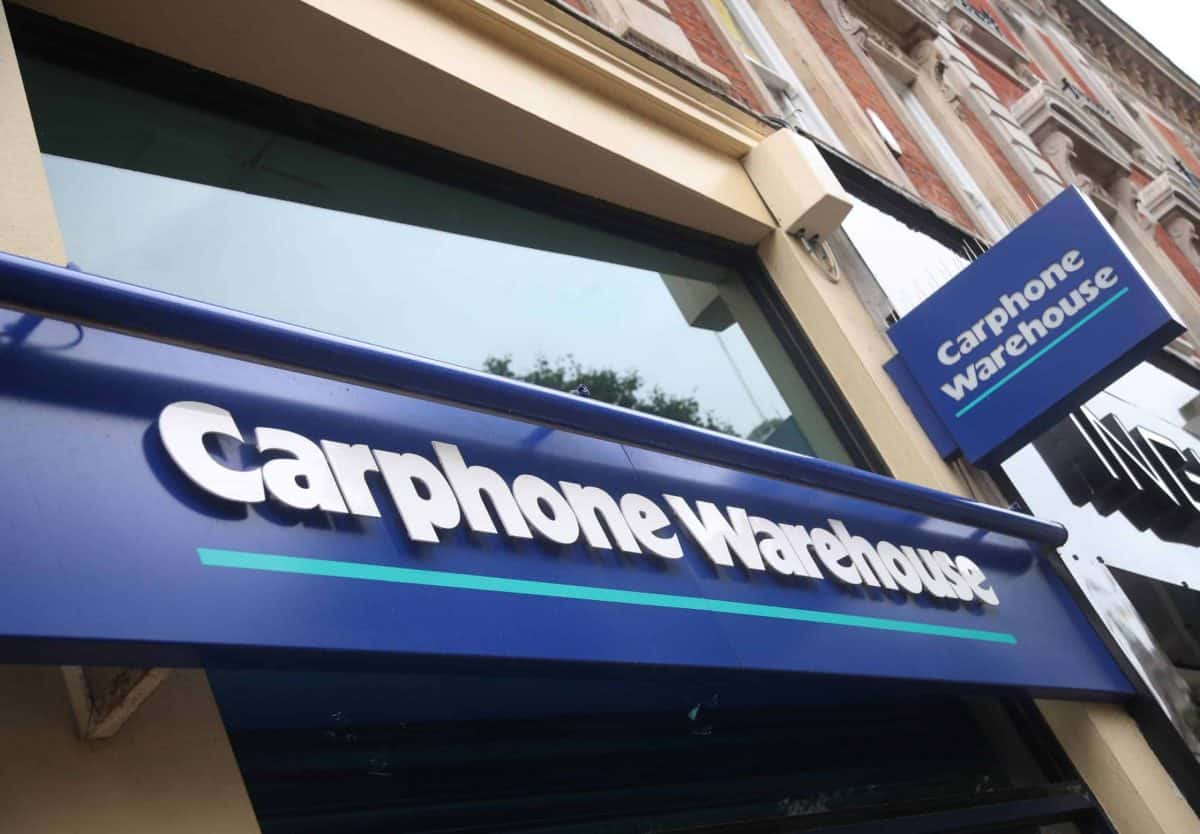 Nearly 3,000 jobs are being axed at Dixons Carphone after the retailer announced plans to shut all 531 of its standalone Carphone Warehouse mobile phone stores in the UK.

The group said the shops – which make up around 8% of the entire group’s selling space – will shut on April 3 as it plans to sell mobile phones solely in its 305 combined Currys PC World stores and online across the UK.

It expects to make 2,900 redundancies, but said almost 1,800 affected staff are set to take new roles elsewhere in the business.

The group’s 70 Carphone Warehouse stores in Ireland will remain open and its international operations are unaffected.

Today we’re taking the next step in our transformation by joining up our UK Mobile operations with the wider business. We will close our UK standalone Carphone Warehouse shops to focus on selling mobiles & connectivity in our Currys PCWorld stores & onlinehttps://t.co/AzkRUlBMRg pic.twitter.com/Ly6BsNAg4I

Dixons Carphone said the move is “essential” to help turn around its UK mobile arm, which is set to make a £90 million loss this year.

Carphone Warehouse group chief executive Alex Baldock said: “There’s never an easy time for an announcement like this, but the turbulent times ahead only underline the importance of acting now.”

He added: “We’re working hard to look after those colleagues we can’t find new roles for, financially and otherwise.

“We’ll pay enhanced redundancy, any bonuses, honour their share awards, and help them find new jobs through an outplacement programme.”

Dixons Carphone said it had not yet seen a large hit from the coronavirus crisis across its core chain apart from supply issues, but is “preparing for one”.

However, its 29 travel stores have been badly affected by the outbreak as passenger numbers plummet, and it is expecting profits from the division to be knocked by around £5 million.

And it warned of an impact from the Greek government’s decision to close shops for two weeks from March 18.

However, it said both the travel and Greek businesses are small parts of the overall group and stuck by its full-year profits guidance.

The firm said it had also seen a “notable” rise in demand for fridges and freezers, small domestic appliances and laptops as people prepare for home working and potential self-isolation.

Dixons Carphone said: “We are aware that our stores could experience a significant reduction in sales in the months ahead and we are modelling a range of downside scenarios and planning accordingly.

“We are ready to switch more fulfilment to our online and direct channels and we will manage our costs and cash closely, including a tight control of capital expenditure if necessary.”