Way to make bookings even more incomprehensible in honour of a man who chartered private planes and helicopters to get around the UK. 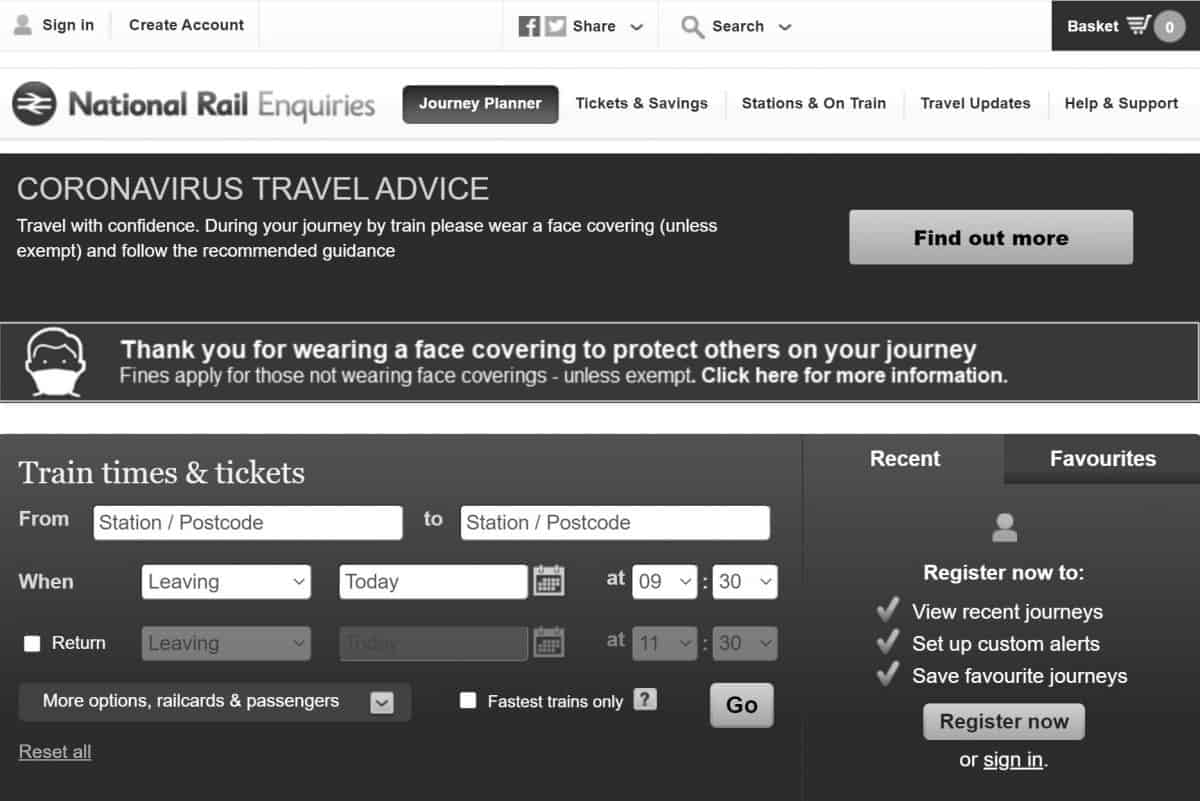 The National Rail Enquiries website was branded “unusable” today after the site was given a monochrome makeover in tribute to Prince Philip.

Users logging on to check train times were met with a site completely devoid of colour as the timetable service honoured the duke’s long life with a grey transformation.

Many customers said they can no longer read the website, with one saying it will cause “chaos” for those with eyesight problems:

National Rail greyscaled their website to mourn the death of Prince Philip and its causing utter chaos for the visually impaired. Its what he would have wanted I guess. pic.twitter.com/zMfFC9ZpBD