Another day, another car crash interview from our esteemed culture secretary. 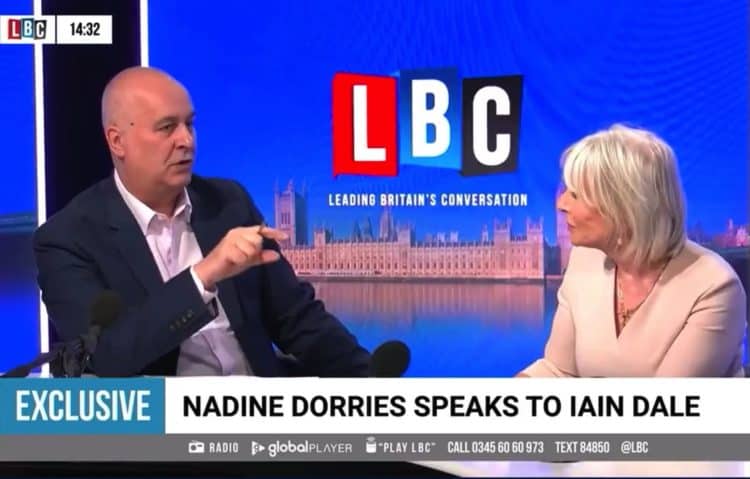 Nadine Dorries got muddled up again during the media rounds this morning, with Channel 5 on the receiving end of a classic gaffe this time.

Appearing on LBC, the Secretary of State for Digital, Culture, Media and Sport claimed that the channel which debuted in 1997 was privatised a few years ago.

In fact, it was always a private company and never owned by the government.

The interview comes hot on the heels of a car crash TikTok clip filmed by a fellow Tory MP in which she tried (and failed) to explain her job.

She told Luke Evans that her department is responsible for broadband, which means “you can downstream your movies” at home, adding that one of her goals is to “make the internet in the UK the safest internet in the world”, even though the internet doesn’t really have national boundaries.

Dorries accused commentators of mocking her dyslexia after she muddled her words in the video.