Lewis Ludlow, 26, who planned to hire a van and ram down pedestrians on Oxford Street, had his sentencing at the Old Bailey postponed over 'issues'. 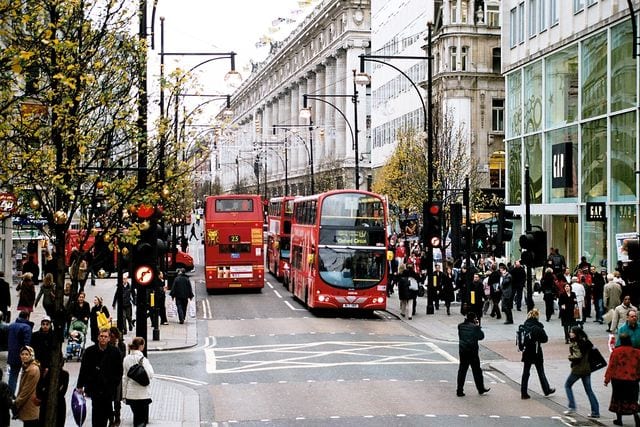 A Muslim convert who admitted plotting to kill hundreds of people in a terror attack on London’s busiest shopping street may have been “vulnerable” and exploited,” the Old Bailey heard.

Lewis Ludlow, 26, planned to hire a van and run down pedestrians in Oxford Street but had been under 24-hour police surveillance.

He also pleaded pleaded guilty to raising money for terrorism at the Old Bailey and was due to be sentenced today.

But the sentencing has been postponed over “issues” of whether he was depressed and fallen under the influence of an IS recruiter Abu Yaqeen in the Philippines.

Prosecutor Mark Heywood QC said: “The case listing today was originally for sentencing but documents have been extending following cautions during the week.

“It’s common ground that we need time in order to consider the defendant’s position.

“The headlines of these issues are first of all whether the defendant was disengaged from the planning activities that it’s accepted he was engaged in before his arrest.

“The degree to which his engagement is in part a result of exploitation of others, specifically Abu Yaqueen.

“A further issue is the degree to which he was suffering from any significant depression at the time of the offending, as opposed to any other time.”

Defending, Rebecca Trowler QC said he might be “vulnerable to pressure” so lines of questioning, should evidence be given in court, should be assessed.

The Recorder of London postponed Ludlow’s sentencing to a date yet to be confirmed while these issues are discussed.

Ludlow, from Rochester, Kent, first came to the attention of police in 2010 when he went to a rally led by hate preacher Anjem Choudary.

He was arrested in 2015 and was found with Islamic State material on his electronic devises, but no further action was taken.

He was in contact with IS fighters and also seen with Anjem Choudary and Lee Rigby’s killer Michael Adebowale.

Ludlow bought a ticket to fly to the Philippines in January but was stopped at the airport had his passport seized.

He claimed he was going to the country as a sex tourist but was found to have been in contact with a man named Abu Yaqeen in an area with a significant IS presence.

He was also found to be sending money to him and created a Facebook account believed to be a front for raising funds for terrorism.

In March Ludlow searched online to find out whether there was a police station on Oxford street, and then took pictures of the areas he was targeting.

He shared these with IS supporters using an encrypted app.

When police raided his home they found torn notes with information about when the targets would be busiest.