The distraught relatives of a mum-of-two last seen waiting to pick up her teenage daughter from the foyer of the Manchester Arena today said: “We feel so helpless.” Wendy Fawell, 50, was waiting in the foyer after the Ariana Grande concert to pick up her 15-year-old daughter, Charlotte, when the suicide bomber struck. The school […] 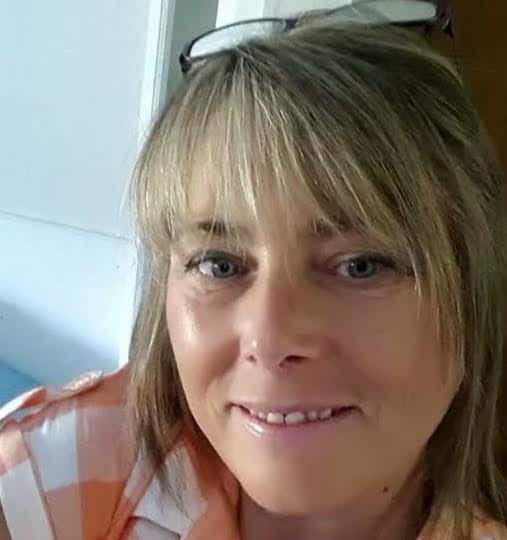 Family handout of Wendy Fawell who has been not been seen since the Manchester Arena terrorist attack. See Ross Parry story RPYARENA; The family of a mum who was last seen in the reception area of Manchester Arena are appealing for anybody who knows where she is. Wendy Fawell, 50, was waiting in the foyer after the Ariana Grande concert to pick up her 15-year-old daughter, Charlotte, but has not been seen since.

The distraught relatives of a mum-of-two last seen waiting to pick up her teenage daughter from the foyer of the Manchester Arena today said: “We feel so helpless.”

Wendy Fawell, 50, was waiting in the foyer after the Ariana Grande concert to pick up her 15-year-old daughter, Charlotte, when the suicide bomber struck.

The school worker had driven to Manchester from her home in Ilkley, Leeds, West Yorks., with her friend, Caroline, and their two kids, Charlotte and Lee.

Yesterday both Caroline was in hospital being treated for bomb blast injuries but she was not thought to have life-threatening wounds.

Wendy’s step-daughter Emma Sykes told how the family were deeply worried and desperate to find her.

Emma, 34, who lives at home her dad and Wendy, said: “We are all concerned about Wendy but feel helpless, like our hands are tied. We just have to sit and wait.

“Right now we are just hoping she is disorientated, or something, and that she is somewhere safe.”

Emma how Charlotte had been ‘really excited about the gig for months.”

Charlotte attended the concert with Lee while their mums drove them there, then waited in Manchester until the concert ended, turning up at the end to pick them up.

Emma said: “Caroline is now in hospital. She was injured with shrapnel in the blast and ended up being taken to hospital on a bus with others.

“All we know was that when she had come round to what had happened, Caroline did not see Wendy at all. We don’t know what has happened to her. Charlotte and Lee are both safe and well and are at hospital with Caroline.”