An Ariana Grande fan tells how security was playing on her mind during the gig after she noticed security were not checking bags and backpacks. Jane Young, 35, tells how she felt unsafe when security did not ask to look in her backpack before she entered the gig with her partner. She adds how she […] 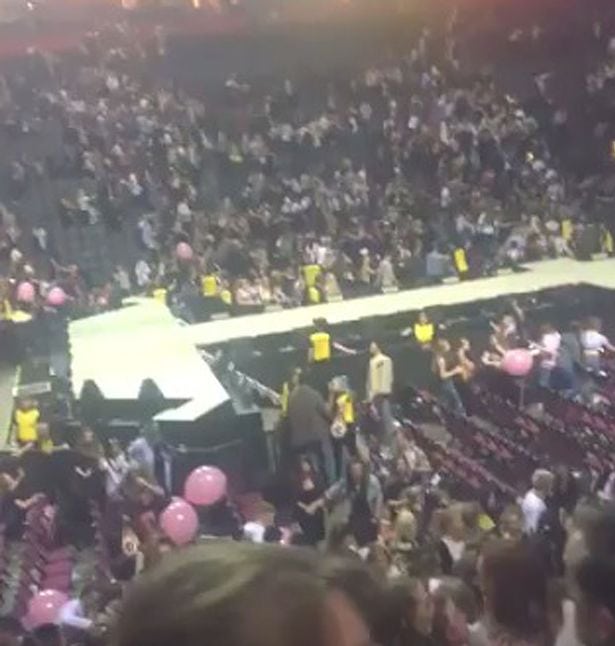 An Ariana Grande fan tells how security was playing on her mind during the gig after she noticed security were not checking bags and backpacks.

Jane Young, 35, tells how she felt unsafe when security did not ask to look in her backpack before she entered the gig with her partner.

She adds how she feels lucky to be alive following the bomb, which detonated just ’15 seconds walk’ from where she was following the concert.

Jane, from the Peak District, said: “People were going into the arena with backpack and handbags and no one was being stopped or searched.

“I said at the time that during the concert that anyone could have anything in their bags.

“If someone wanted to shoot her dead they could have, the lack of security was really playing on my mind.”

After the final song, Jane says that she and her boyfriend waited for crowds to pass before they went to exit the venue.

She said: “I wanted to make sure that I had everything in my bag before leaving.

“We’d just started to leave, and had got to block 208, when there was a massive bang right beside us.

“The ground was concrete but it shook, everyone just stood still for a second before thousands of people started running towards us.

“We saw loads of people with blood down their legs.

“Ushers were telling people not to run and that it was just a balloon that had popped, but no one was paying any attention and just running towards the exit.

“It was an absolute stampede to get to the exit.

“It was like sardines, I was so scared that I was going to be trampled.

“When we got outside, we could see loads of parents trying to pick up their kids, but 20,000 people were trying to get out.

“Everyone just stopped when they got to the exit because I think everyone was afraid that we would just run into another bomb.

“I screamed for everyone to just keep running, and we ran down the road between traffic.”

She tells how the pair kept running until they reached Manchester Piccadilly and jumped straight on the first train back to the Peak District.

She adds: “We didn’t even see any security when we were leaving the venue.

“I felt like we were totally alone and left to our own devices.”