A multi-millionaire businessman has spoken of his struggle after losing a fortune in the global financial crash, before painstakingly making his way back to the top. Yorkshireman Matt Haycox, 38, lived a life most can only dream of during his 20s – thinking nothing of spending tens of thousands of pounds on a weekend away […] 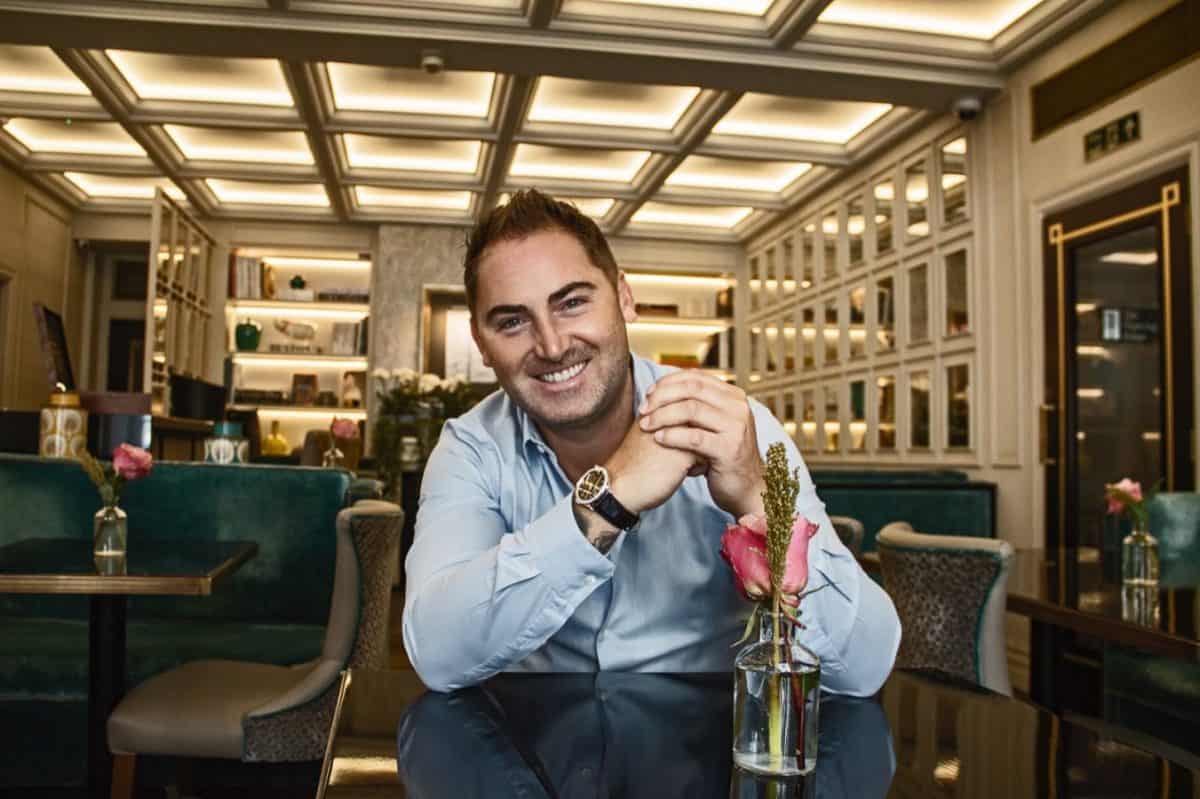 A multi-millionaire businessman has spoken of his struggle after losing a fortune in the global financial crash, before painstakingly making his way back to the top.

Yorkshireman Matt Haycox, 38, lived a life most can only dream of during his 20s – thinking nothing of spending tens of thousands of pounds on a weekend away with friends.

Rubbing shoulders with celebrities like Britney Spears, with a garage stuffed with supercars like the Ferrari 360 Spider and Bentley Continental GT, the sky was the limit for the entrepreneur.

But in 2008, the bottom fell out of his world when investors, spooked by the worldwide recession, started asking for their money back – only to find it would send the entire empire crumbling down.

Within a year, Matt was declared bankrupt, told he was ‘washed up’ at 28 and would never be able to succeed in business again.

Faced with a huge 12-year ban on being a company director, he decided instead to turn his attention to helping others avoid the same mistakes he had made – over-investing and taking bad advice.

Speaking from his plush apartment in London’s Soho, Leeds-born Matt says: “I was a young man in my 20s, and I always wanted more.

“I had all the toys of the time: supercars on the drive, £30k watches, jetting around the world for work and play – I had it all, and lost it. 2008 was a difficult time for me, and I had some dark periods but I always thought I’d come out of it stronger.

“I was disqualified as a director – and I probably deserved to be. Did I deserve to be disqualified for 12 years? I don’t think so.

“I was given some bad advice when the business was going under, which was basically ‘don’t worry about being disqualified – it’s no big deal and it won’t really affect you’.

“Oh how wrong they were! In hindsight, I should have found some money to fight it at the time, and I wouldn’t have been banned for 12 years, it may have been five, but it would be over and long forgotten by now.

“It was so long ago.

”I’ve had more working time now and been more successful than I’d been in my career prior to going bankrupt – but I know some people are always going to only focus on the negatives.

“But to me, as painful as it was, this was all over a decade ago. I firmly believe that you never learn anything in the good times or from things that go right. It’s the tough times and the things that go wrong that teach us – and I’m stronger and wiser for the experience.

“What I’m doing now is guiding, advising and investing in people that need funding to start their business, grow it, or even turnaround in hard times and not make mistakes like I did.”

Entrepreneurialism has always been in Matt and his business career began at the tender age of 13 when he spotted a gap in the market to compete with his school’s tuck shop and supply the kids who didn’t want to have to wait in line.

Having bounced around from school to school in his teens, and with a spell as a magician-for-hire to make some extra money, the world of education was never a good fit and despite following family wishes to go to University, he knew deep down it wasn’t for him and dropped out in his first term.

His life started on its defining path when he was given the chance to take over at the top of a struggling family business.

The company produced clothing and industry workwear, but prior to Matt taking over was losing over £300k a year and set for closure.

Matt brought in a raft of changes, including laying off senior staff members who weren’t pulling their weight, and within a few years the company began making a tidy profit.

Having developed a thirst for making money, in 2003 Matt invested heavily in several bars and clubs in and around his home city of Leeds.

And, as a man-about-town in his 20s, in 2004 he also created what was to become a chain of lapdancing clubs, which he branded ‘Wildcats’, to boost profits.

As Matt poured money into his ventures, the profits began pouring in to match – between 2003 and 2008, each year his group was making millions in profit, topping £3m in its best year.

With this, father-of-one Matt was living the high life and happy to bring friends along for the ride, estimating he got through a cool £1 million on holidays in Barbados, Las Vegas and Marbella.

He also splashed out on luxury Jacob & Co watches, property and cars including £150k Ferraris and Bentleys.

He was even able to engineer an opportunity for his young daughter, Harlie, to meet her idol of the time, Britney Spears.

But the good times were soon to come to an end when in 2008 funders started to worry about the widely-predicted financial crash, refused to renegotiate terms and called in their loans.

Matt says: “It may sound like a lot, but if it had only been, say, a million quid I needed to get, I probably could have found that easily enough.

“But this was more like £45 million – it just wasn’t happening overnight! What I needed was time.

“If they’d been willing to agree to get all their money back – plus a penalty – after say five to seven years instead of two to four, I think I’d have been able to ride it out and pay people back every penny I owed them.

“And a few of them did to be fair, but too many didn’t, which led to the companies being put in to administration in late 2008 and me being made personally bankrupt a couple of months later.

“I maintain if it’d all happened a year later we’d have been fine. I offered everyone we owed all of their money back, over a longer period which they refused. Fast forward a year and these same people were taking 10p in the pound elsewhere when the global crash had fully hit.

One thing a lot of people don’t realise is the speed in which it all changed. We went from being hugely profitable and rapidly expanding to going under in no time at all – literally a couple of months. I had a perfect credit rating just weeks before being made bankrupt.

It was purely naivety and overaggressive growth on my part, meaning I was completely unprepared for the economic shift. One of the toughest lessons you’ll ever learn!”
Now, Matt is an older and wiser businessman and admits he’s not quite as aggressive as he was in his youth. 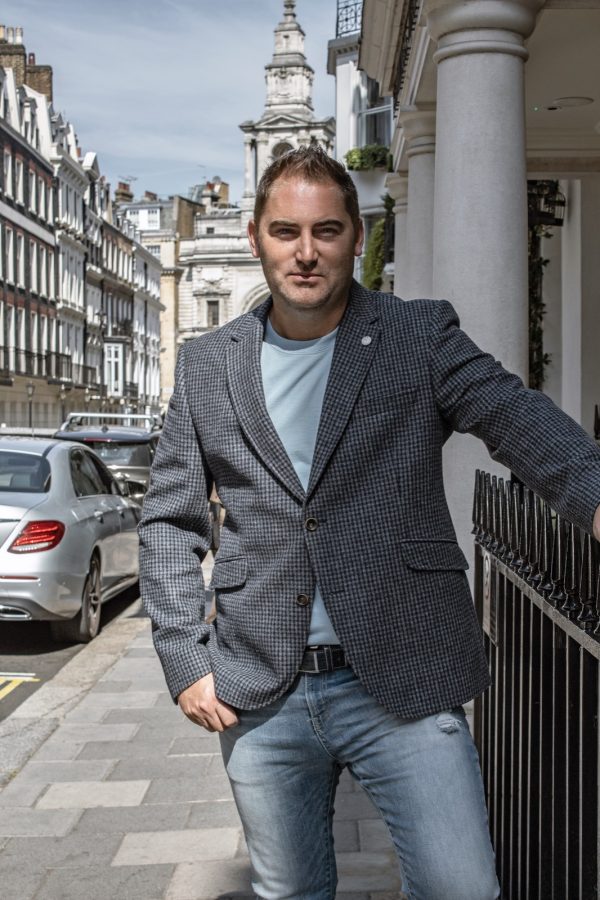 He says: “I’ve always enjoyed the fast paced, high-spending world that I became accustomed to but now I take a huge amount of satisfaction in helping others who want to achieve their own success.”

Matt’s glamorous lifestyle has seen him rub shoulders with famous faces around the world, something he leans on in his recently launched podcast series where he unearths business stories and lessons from the likes of Caprice and Levi Roots.

“Networking isn’t just for boardrooms and I’ve made many more valuable contacts from social functions, than I have in traditional work environments. I always tell people to treat their life as one big networking opportunity.

“Life is so short. I want to be the guy that says yes to opportunities.

“For example, I was at a football match when I met a mum raising money for her little boy who needed an operation to help him walk. I set up a foundation that day to help him and other kids in need of medical help.

“Likewise, tennis is a huge passion of mine, and after meeting, Richard Krajicek, who won Wimbledon, at an event, he invited me to go down and knock a few balls around there with him on the grass at Wimbledon, which was amazing.

“My early career was one big learning curve. I was self-taught, nothing I did was set out with malicious intent – and unfortunately the nature of risk is that businessmen and women go bankrupt every day.

“I’ve definitely learned from my mistakes, and now my online advisory service can help other people at risk of suffering the same fate I did.

“My advice is completely based on my own experiences – both good and bad. I’m totally honest and straight with people and aim to get them on the fast-track to success!

“You can read textbooks, or you can talk to me, someone who has been there and done it, actually living the highs and lows. I started off helping as the Funding Guru but it’s naturally drifted into other areas of business advice and mentorship too.

“There’s not many situations, positive or negative, I haven’t been in over the last 20 years.”