Critics are further keen to point out that the Duke of Devonshire's estate claims inheritance tax exemption in return for granting public access. 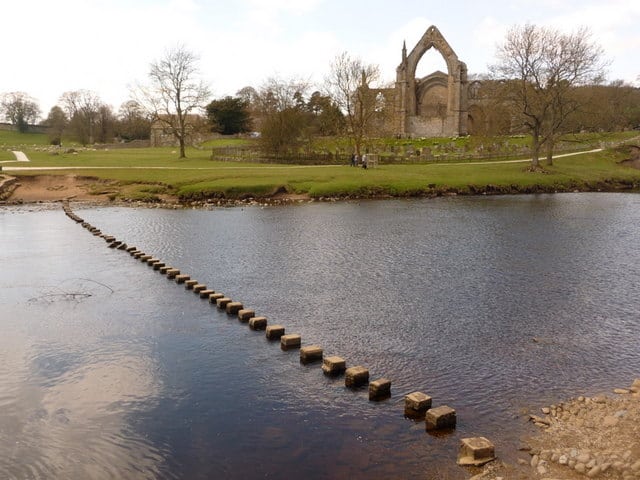 The multi-millionaire Duke of Devonshire has employed security guards to prevent cyclists from riding on his 30,000 acre estate, according to a cycling organisation.

Cycling UK say their members are being denied access to Bolton Abbey, North Yorks., which is owned by Peregrine Cavendish, who has an estimated £800million net worth.

The charitable organisation’s campaigns head said, on trying to gain entry, cyclists are being greeted by by security guards “more appropriately employed outside of nightclubs.”

Critics are further keen to point out that the Duke of Devonshire’s estate claims inheritance tax exemption in return for granting public access.

Cycling UK are concerned that as more areas of the country open up to visitors, the public’s right to enjoy open-air recreation could be obstructed

The Duke of Devonshire’s family are custodians of Chatsworth House, which is due to reopen next month, as well as Bolton Abbey in the Yorkshire Dales.

It’s there that Cycling UK say attempts have been made to stop cyclists using a bridge leading to a popular cafe called the Cavendish Pavilion.

The charity claim that under terms of the relief the Duke of Devonshire receives, the estate must provide access to a series of public roads and permissive footpaths and bridleways crossing the land.

They say access and its public benefit is being denied to many people, including those wanting to cycle.

As a result, Cycling UK have called for HMRC to investigate the estate’s claims for tax exemption.

The charity’s head of campaigns Duncan Dollimore said: “Cycling UK looked into this matter a little closer, we found we were really only scratching the surface and that the Devonshire estate had been failing to provide access to cyclists to estate land for years.

“This is one of the most beautiful landscapes in Yorkshire and it’s easy to see why the estate attracts some 400,000 visitors a year.

“Cyclists should be able to enjoy the special qualities of our National Parks, instead they are being faced by security guards more appropriately employed outside of nightclubs.”

Cycling UK has written to HMRC urging them to investigate the Devonshire estate’s actions with regard to public access.

They say the bridge has been used for decades by cyclists and that the path has been blocked and security guards employed to prevent riders from crossing.

Sharon Mcauley from Ilkley has been a visitor to the estate with her family for many years and feels cyclists are being unfairly singled out.

She said: “I have used this route for over 20 years without problems and cannot understand the recent change.

“I live locally and feel most aggrieved at this loss of a route. We have usually stopped for a coffee at the Cavendish so contribute towards the estate.”.

Alistair Preston, a company director from Leeds, was also caught out by the change.

He said: “As a result of this closure we missed Bolton Abbey from our recent ride itinerary.

“Our group of four people did not get a coffee and a cake at the Cavendish Pavilion, and they lost out on £20-£30 from us alone..

“We would not mind walking with the bikes from the gate to the cafe – it’s only 50 yards.”

The Duke of Devonshire’s estate and HMRC have both been approached for comment.