Good news is hard to come by on ITV’s Tyne Tees channel. As industry is drained from the region the negative repercussions on communities in the area is there for all to see. Twenty-five years on from the closure of the last deep pit on the Durham coalfield many provincial towns have become shadows of […] 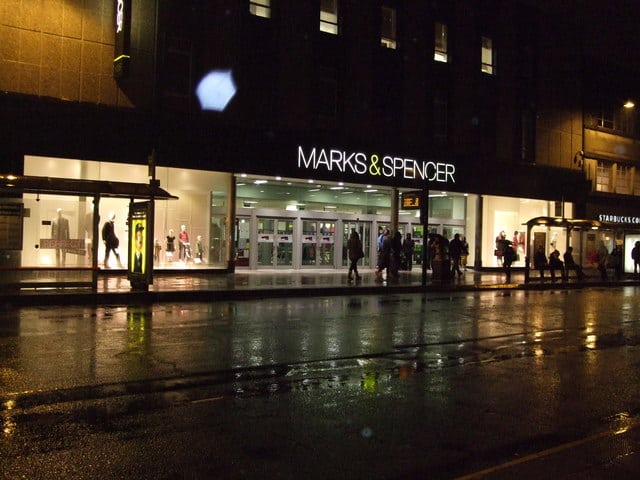 Good news is hard to come by on ITV’s Tyne Tees channel. As industry is drained from the region the negative repercussions on communities in the area is there for all to see. Twenty-five years on from the closure of the last deep pit on the Durham coalfield many provincial towns have become shadows of their former selves, with more than half of the shops on Easington high street now closed.

Cushioning a short film on the effects of deindustrialisation on Easington Colliery on the broadcaster’s site is news that Marks and Spencer store closures will also hit the region – a tale which tells us everything we need to know about the current political climate.

County Durham chose overwhelmingly to leave the EU in 2016, reflecting the overall Brexit trend across the North East. That was in spite of the strong Remain force of the Durham University student community, which failed to out-vote the 153,887-strong Brexit contingent.

The full list of other M&S store closures reads like a who’s who of Brexit-voting regions. Clacton-on-Sea will see its store closed in this year or the next, with Fleetwood, Walsall and Northampton also set to see their stores shut down.

That’s not to suggest that Brexit has had any impact on the decision to close stores, but rather that it underlines precisely why people voted to leave the European Union in the first place, and why the UK has become so polarised from a political perspective.

On the one hand we have our thriving cities, which  have been better prepared and more able to adapt to industry change.

Newcastle, which has welcomed firms driving the digital revolution, was the only Remain-supporting area in the North East.

Manchester had the strongest Remain vote in the North West where the majority of districts in the area voted to leave the European Union.

And Leeds delivered a win for Remain campaigners where all other parts of West Yorkshire followed the national trend and backed Brexit.

As Jim Griffin wrote on this feed, the M&S store closure list is essentially a compilation of secondary towns where jobs are being gouged out by increasing automation and the rise of internet shopping, which ties into increased feelings of dislocation and despair which leads to… Brexit.

Escaping its grasp will mean talking to people outside the UK’s city bubble and finding a replacement for industries that long left their shores. No easy task, but that is the reality of our current political climate.