Helen Goodman made a heartfelt plea for families on Universal Credit this festive period, saying it’s not so much a merry Christmas as a Victorian Christmas that even Scrooge didn’t think of. Almost a quarter of her constituents in Bishop Auckland will be affected by the changes in December which will leave many people with a six […] 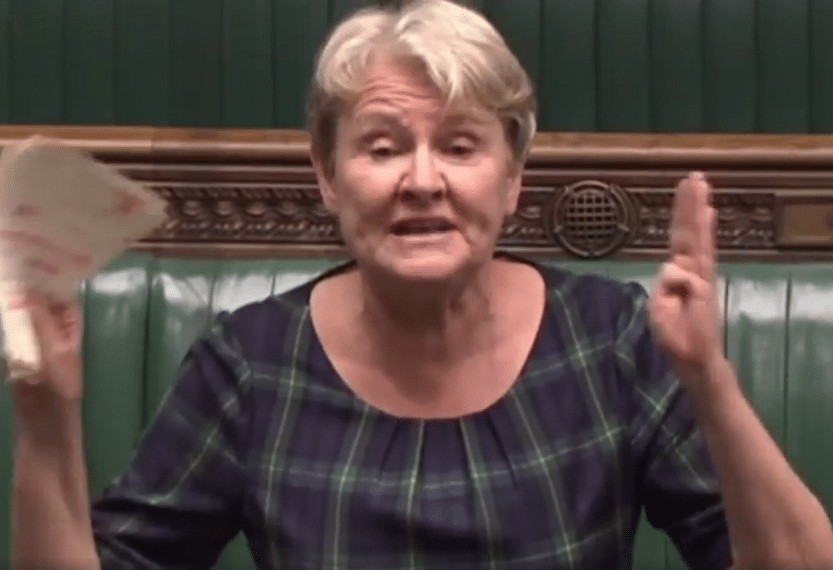 Helen Goodman made a heartfelt plea for families on Universal Credit this festive period, saying it’s not so much a merry Christmas as a Victorian Christmas that even Scrooge didn’t think of.

Almost a quarter of her constituents in Bishop Auckland will be affected by the changes in December which will leave many people with a six week gap in payments.

In her words “this is not a wait it is a cut, and many would say over Christmas it is the cruellest of cuts.”

According to new data the 42-day wait means 60,000 households with over 40,000 children will receive no income until after festive season

Peabody Trust say claimants signing on to Universal Credit from this week will not receive any income before Christmas because of the existing 42-day wait for payment, putting the finances of tens of thousands of households at risk, according to a housing association.

Everybody should watch Goodman’s heartbreaking speech in the House of Commons explaining just how bad the situation is for her constituents:

“I’m very pleased to take part in this debate because in my constituency 10,700 households are going to be moved onto Universal Credit, that’s 21,000 people or almost a quarter of my constituents.

On December 13th new claims and change of circumstances are going to be moved across. So over Christmas many people will face a six week gap in their income.

Not so much a merry Christmas but a Victorian Christmas that even Scrooge didn’t think of.

Ministers have banged on about advance payments. Let’s look at what this means in practice.

A single disabled person with, say, a £400 a month payment takes an advance of £200 to pay their rent. If all goes according to plan they’ll then have their payments abated, so their income over the next four and a half months is £200, £320, £360.

This is not a weight it’s a cut, and many will feel over Christmas it’s the cruellest cut.

Seven years ago in my constituency there were no food banks. After seven years of Tory government we have seven food banks.

Ministers also talk about preparing people for work. Well it is an in-work benefit. In my constituency 4,500 households being moved over, that’s 40 per cent, are already in work and have jobs.

I’m alarmed about what’s happening to women in low-paid work. Many of them are trying with great difficulty to do their best to balance their need to earn an income with their responsibilities for collecting their children from school and looking after them properly. So they may work 20 hours a week in order to get the right balance. But the government is now going to employ advisers to harass them to increase their hours.

When Labour was in power we had different rules for single parents than for other families. It seems to me that what this government is trying to do is not help lone parents, but grind them down and grind down their children too.”