A record-breaking 55 pupils at Brampton Manor Academy in Newham have received conditional offers to study at Oxford or Cambridge this year. 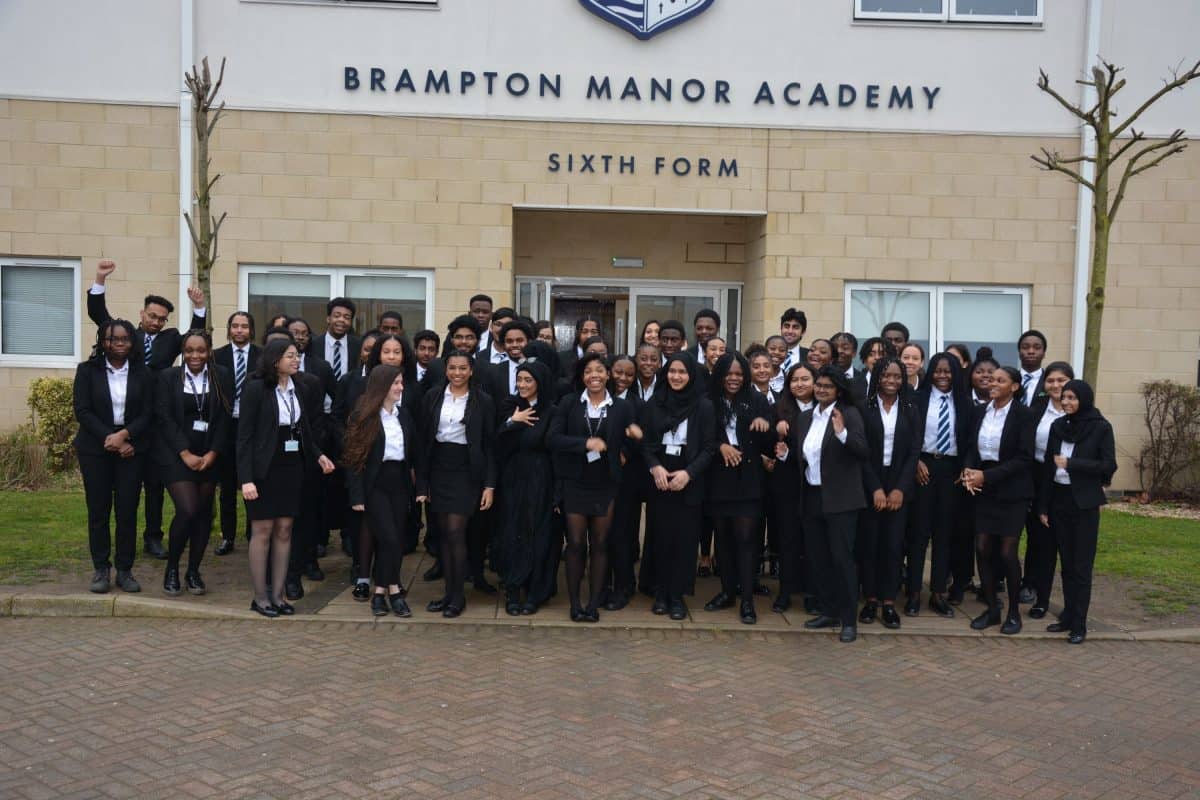 An east London state school has secured more Oxbridge offers than Eton College, the alma mater of Boris Johnson, David Cameron and a host of other prominent prime ministers and politicians.

A record-breaking 55 pupils at Brampton Manor Academy in Newham have received conditional offers to study at Oxford or Cambridge this year, which is more than leading independent schools. By comparison, 48 Eton pupils secured Oxbridge offers – a fall from 69 last year.

Brampton Manor Academy – which was praised by grime artist Stormzy for its A-level results – has seen more than 100 students receive offers from the prestigious universities in the past two years.

The majority are from ethnic minority backgrounds, in receipt of free school meals or will be the first in their family to attend university. In 2014, just one student received an offer for Oxbridge, but by last year this had risen to 51.

Sonja, who plans to study human, social and political science at Cambridge, said: “Being the first person in my family to submit an application to university, let alone get an offer from the University of Cambridge, feels incredible.

“My family were so full of joy when they found out about my offer and we are all so excited for the next chapter in my life.”

Harun, who received an offer to study politics, philosophy and economics at Oxford, is also a first-generation applicant to university.

He faced additional pressures at home which made studying remotely last year particularly difficult. “I don’t always have adequate resources to study and I don’t have a proper work station at home,” he said.

Chloe Wills, an offer holder for natural sciences at Cambridge who is eligible for free school meals, is convinced that instilling self-belief in students is a crucial way to widen access to elite institutions.

She said: “An important part of applying to top universities is believing that you actually have a chance, which Brampton reassures you of from the beginning.”

Sam Dobin, director of sixth form at Brampton, said self-belief is just one piece of the jigsaw that enables students to succeed.

He added: “There is a lot of misconception about what a ‘typical’ Oxbridge student is like and we work hard to dispel the myth that they need to look or sound a certain way.

“The best universities are looking for the most academically able students; our school community is full of exceptionally bright students, and our job is to empower them to achieve to their potential, knowing that if they do this nothing will stop them from reaching the highest of heights.”

The oversubscribed sixth form accepts 300 to 400 students a year. Some travel for as long as two hours each way to attend the selective sixth form.

Dr Dayo Olukoshi, executive principal of Brampton Manor, said “I am delighted with the incredible number of Oxbridge offers received this year.

“These students combine exceptional academic ability with an exemplary work ethic. I am very proud of them and indeed our entire cohort of Year 13 students, who have remained focused in what has been a difficult year and have been rewarded with offers from the country’s most prestigious universities.”