The Northern Ireland minister said “I have to say supermarket supply lines at the moment are in good fettle.” 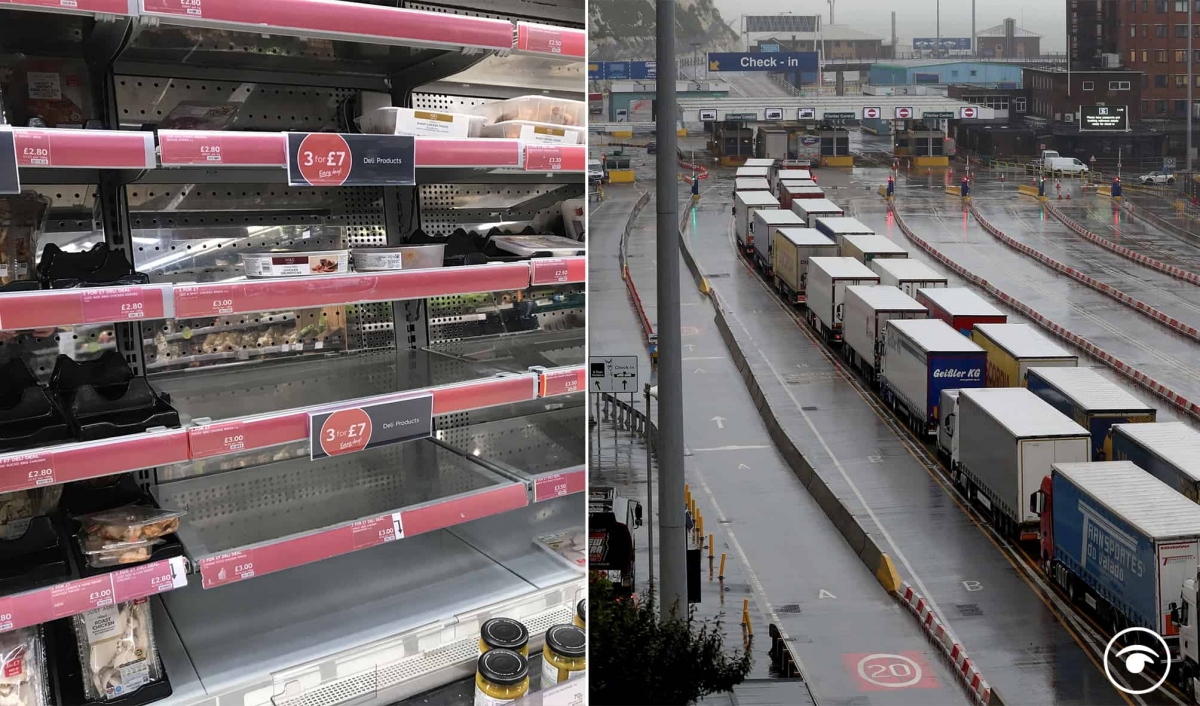 Northern Ireland Secretary Brandon Lewis has said the country’s empty shelves have nothing to do with Brexit.

He blamed the pre-Christmas shutdown at the Port of Dover over the highly infectious strain of Covid-19 for temporary interruptions in the flow of goods across the Irish Sea.

The Secretary of State said supermarket supply lines were healthy.

“Nothing to do with leaving the EU”

He told BBC Radio 4’s Today programme: “That’s actually something we’ve seen across other parts of the UK as well, nothing to do with leaving the EU, nothing to do with the Northern Irish protocol but actually to do with some of the challenges we saw with Covid at the Port of Dover just before Christmas and the impact that had on supply lines coming through.

“I have to say supermarket supply lines at the moment are in good fettle.”

He said there was no reason for lorries to return empty from Great Britain due to excessive paperwork.

Smaller food traders have struggled to adapt to problems with multiple consignments travelling in one lorry, meaning loads have to be re-sealed and certified by officials several times.

Mr Lewis said: “Even on foodstuffs, there’s no reason for that to be the case.”

A soft-touch three-month period has been negotiated with the EU for regulating supermarket goods transported from the rest of the UK following the end of the transition period.

Mr Lewis said the UK is working with the EU to get a “permanent resolution” before that ends.

Some supermarket shelves were depleted this month as suppliers grappled with new rules surrounding sending goods from the rest of the UK to Northern Ireland.

Pleased to have found a solution to concerns over second-hand vehicles bought in GB and then sold in NI not being able to use EU VAT margin schemes ? ?? pic.twitter.com/U5DUoZc9L2

Mr Lewis has previously said there is no Irish Sea border and important preparations had been made for the end of the Brexit transition period.

The Democratic Unionist Party has strongly criticised the new arrangements.

Processed goods like jelly or gravy could be unavailable in Northern Ireland at the end of the protocol grace period, the party’s Stormont agriculture minister said.

Edwin Poots acknowledged the country had plenty of homegrown beef and potatoes but warned Northern Ireland Assembly members trimmings like Bisto or trifle could be missing from traditional Sunday dinners.

Economy Minister Diane Dodds has warned of the impact on products like steel, which could face tariffs of up to 25 per cent.

It is deemed by the EU to be at risk of entering the Single Market when arriving in Northern Ireland from the rest of the UK.