Reynhard Sinaga went hunting for young revellers and posed as a Good Samaritan to lure them back to his apartment in Manchester city centre. 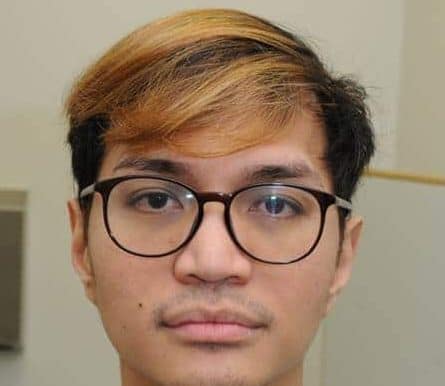 Undated handout photo issued by Greater Manchester Police (GMP) of Reynhard Sinaga who has been has been jailed at Manchester Crown Court for life and must serve a minimum of 30 years after he was convicted of offences against 48 men. Sinaga, who was convicted on 159 sexual offences including 136 counts of rape in Manchester between January 2015 and May 2017, drugged 48 men and filmed himself sexually violating them while they were unconscious in his city centre apartment.

The UK’s most prolific serial rapist has been jailed for life after drugging at least 48 men and filming himself sexually violating them while they were unconscious in his city centre apartment.

Police have linked Reynhard Sinaga to more than 190 potential victims in total – 70 of whom they have not yet been able to identify.

The 36-year-old went out in the early hours of the morning, hunting for lone, drunk young men around nightclubs near his flat in Manchester.

The slightly-built Indonesian student posed as a Good Samaritan who offered them a floor to sleep on or promised them more drink, Manchester Crown Court heard.

His victims – who were mainly heterosexual – had little or no memory of the hours that followed as Sinaga filmed the assaults on his mobile phone, and they later left the apartment unaware they had been violated.

The rapist was caught when one of the men regained consciousness and fought him off before he went to the police and crucially handed in Sinaga’s phone.

⚖️ Breaking – Britain’s most prolific rapist has been jailed for life after drugging and attacking at least 48 men. Reynhard Sinaga, 36, was convicted of 159 offences across four separate trials.Read how the CPS prosecuted the case here: https://t.co/GhxhsoTkvC pic.twitter.com/MNDGOkADwi

On Monday, Sinaga was jailed for life and must serve a minimum of 30 years in custody before he can be considered for parole.

Judge Suzanne Goddard QC, who told the court his total number of potential victims was 195, said Sinaga was a monster.

The judge told the defendant: “You are an evil serial sexual predator who has preyed upon young men who came into the city centre wanting nothing more than a good night out with their friends.

“One of your victims described you as a monster. The scale and enormity of your offending confirms this as an accurate description.”

Details of the case – the UK’s largest ever rape prosecution – can be made public after reporting restrictions were lifted following the end of four trials.

Sinaga claimed the men consented to being recorded playing a sex game in which they pretended to be dead to fulfil his fantasies – a defence labelled “preposterous” by prosecutor Iain Simkin as jurors saw footage of some victims snoring.

He was found guilty of a total of 159 offences committed between January 2015 and May 2017 – 136 counts of rape, 13 counts of sexual assault, eight counts of attempted rape and two counts of assault by penetration.

Many of the complainants had earlier been to the city centre nightclubs Factory and Fifth Avenue.

Sinaga’s apartment, situated next to Factory in Princess Street, provided a perfect vantage point from which to identify his targets.

It is thought he laced alcoholic drinks with a drug such as GHB, also known as liquid ecstasy.

Overdoses of the odourless, colourless substance can kill, the court heard, but it was a risk that Sinaga was prepared to take with complete strangers to satisfy his perverted desires.

“Trophies” of his crimes

Sinaga kept “trophies” of his crimes, such as watches and wallets.

He also downloaded social media pages from some of some of his victims, gleaned from personal identification they were carrying, and took still photographs of many of them while they were naked or semi-naked.

The court heard that none of the victims – many in their late teens or early 20s – wanted to know details of what had happened to them when traced by police and some have chosen not to tell their family or close friends of the trauma.

Sinaga tested negative for HIV after he was arrested.

Jurors had to watch the mobile phone footage as Sinaga persisted with his defence and all were later uniquely offered counselling.

Last June, Sinaga was jailed for life with a minimum of 20 years for the convictions from his first two trials.

Reporting restrictions were put in place to avoid prejudice to subsequent trials and to avoid the possibility of potential victims and witnesses being deterred from giving evidence or coming forward.

Related: 87 year old died after being evicted from nursing home in bid to save cash